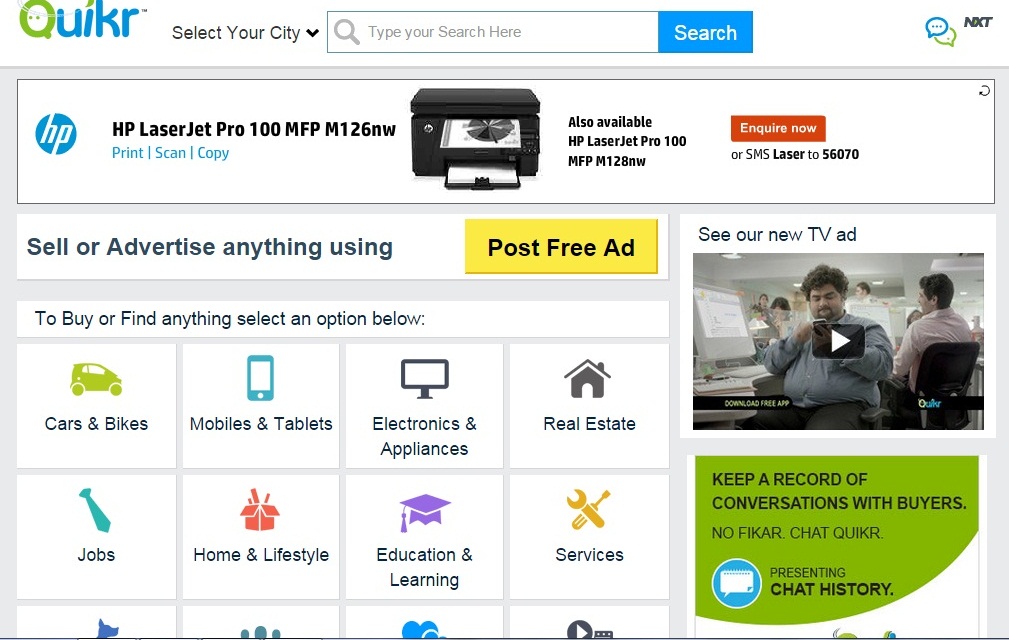 Online classifieds startup Quikr is all set to raise INR 900 Cr. (around$150 Mn) in a new round of funding to be soon raised from Steadview Capital and existing investors. According to a source familiar to the traction the funding will value the company somewhere between $700 Mn to $1 Bn.

The funds raised are planned to upheave its marketing expenditure along with investment in the mobile platform which accounts for about 80% of its traffic. Quikr also plans to dig deep in segments like real estate, automobiles and jobs to take on Naspers-backed OLX and heavily funded firms in the real estate and automobile segments.

Founded in 2008, Quikr got its initial funding from Matrix Partners India. It has raised $196 Mn from a slew of investors including Omidyar Network, Norwest Venture Partners, Nokia Growth Partners, Tiger Global Management, Warburg Pincus and Kinnevik. The new round will take its total financing to $350 Mn across eight rounds of funding.

According to sources, the company was in talks with 3-4 other investors before it  finalized the deal. “The funds may be used for acquisitions and strategic investments,” added a source.

Quikr,  which is currently present in 900 cities across India plans to groove new investors for which it may ask the existing investors including Tiger Global Management, PE major Warburg Pincus and Kinnevik to step down and allow new investors to lead.

Steadview capital also plans to invest in Policybazaar, which is set to raise INR 300 Cr in its new round of funding from PremjiInvest and its existing investors.