Claimed To Be An Indian, Hacker Hacks Pakistan Railways Website

Claimed To Be An Indian, Hacker Hacks Pakistan Railways Website 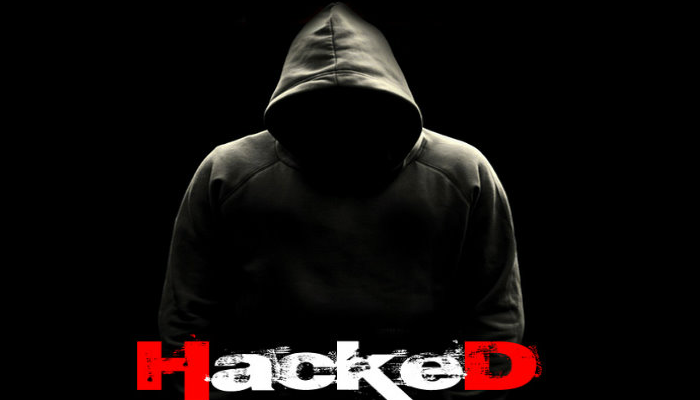 While tensions between India and Pakistan on the LoC have worsened, the war has intensified on the Internet and social media as well. After #CowardModi trending on Twitter in Pakistan and a series of tweets on #YoBilawalSoDumb, a hacker claiming to be Indian, earlier today took down the Pakistan Railways website and threatened to “destroy the whole site” in a message to PPP leader Bilawal Bhutto. Making it a cyberwar too!

Calling himself [email protected], the hacker left a message for Bilawal for his recent statement on the Kashmir crisis. “You will never get kashmir Bilawal Bhutto! Next time if you ask Kashmir then really I will destroy the whole site.” 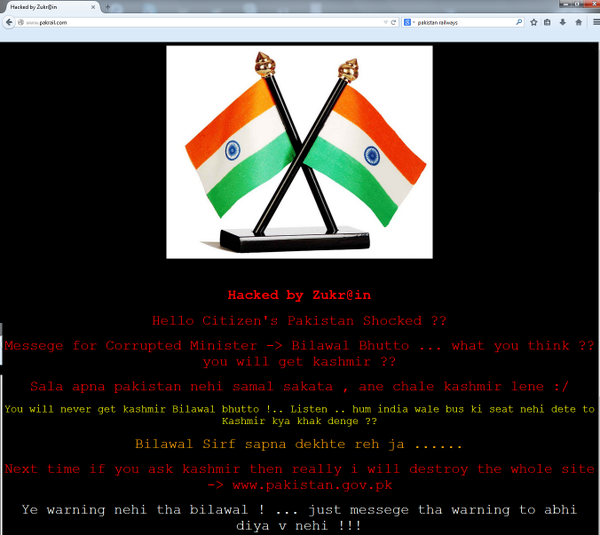 This is second time when Pakistan Railways website has been targeted by hackers claiming to be Indians. Earlier, this year in August, hackers group named as Black Dragon Indian Hacker Online Squad claimed responsibility for hacking and defacing the website.

This incidence came into light just a day after, calling themselves the ‘Indian Hackers’ Online Squad’, defaced the website of Pakistan’s main opposition party, PPP. When the website was hacked, the homepage of the website was replaced with the defacement page showing Indian Tricolour Flag with the Indian National Anthem as the background music. 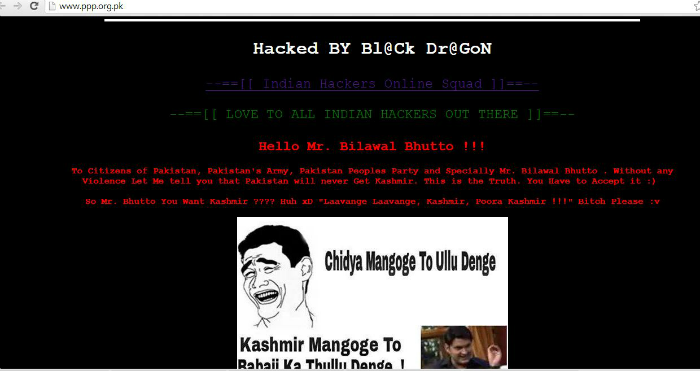 The defacement message on the page read:

The hackers ire end with an audio message.

The hacker told The Hacker News, this would be quite an interesting and non-violent reply from him to the political parties like PPP which deliver such controversial statements that create tensions between the two nations.