China’s Techies Are Getting Sick Of Its 996 Work Culture, Literally

China’s Techies Are Getting Sick Of Its 996 Work Culture, Literally 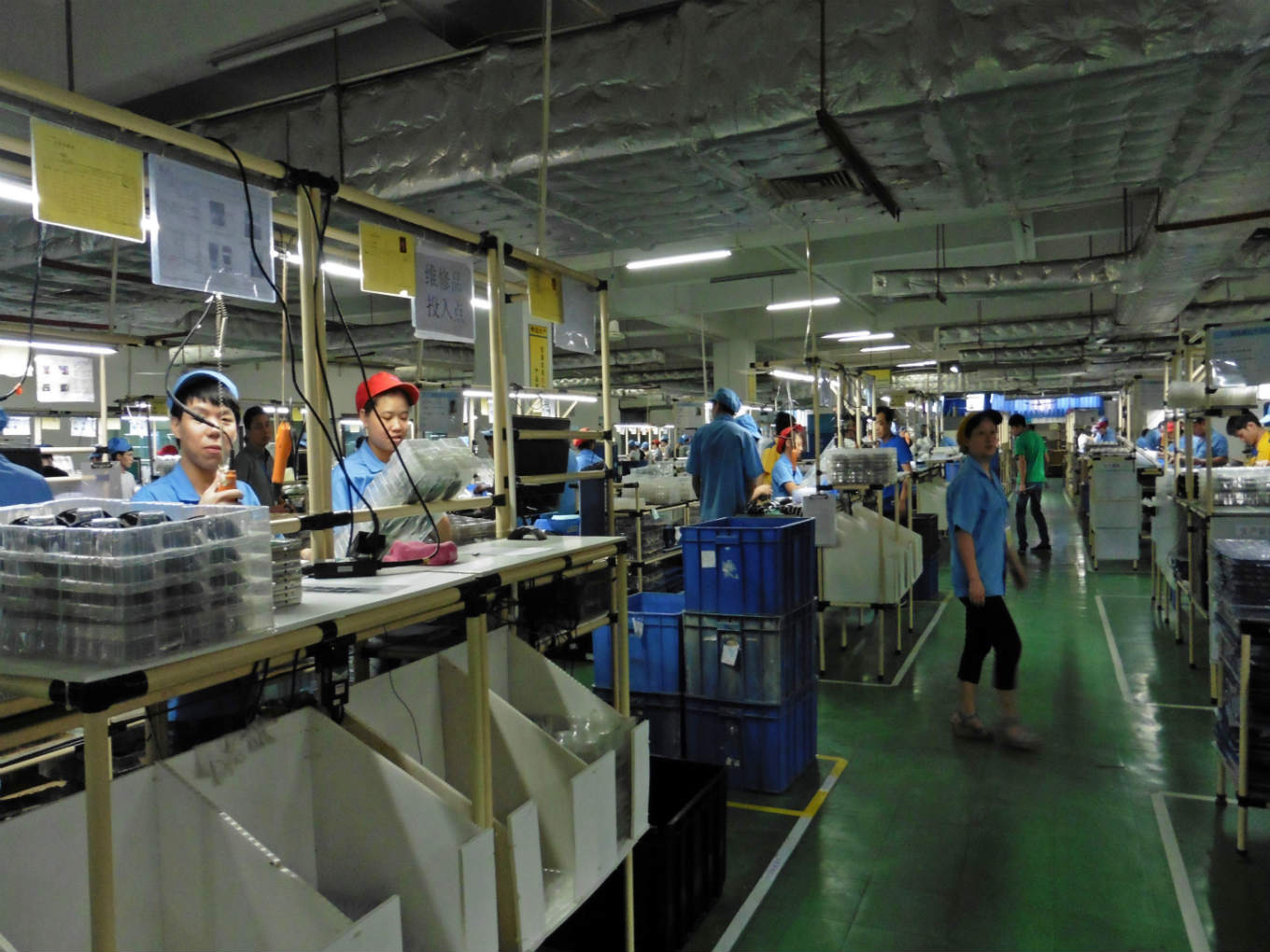 Jack Ma, the founder of Alibaba and the richest man in China has just stirred a hornet’s nest with his vocal support for a grueling work schedule, which has become a new normal among Chinese companies and is commonly referred to as 996: a reference to working from nine in the morning to nine in the evening, six days a week.

Endorsing the overtime culture, Jack Ma told an internal meeting that Alibaba looks down on people who look forward to a typical eight-hour office lifestyle, according to a post on Alibaba’s official Weibo account. (the transcript is in Chinese)

While referring to China’s notorious 996 work culture, Ma said “To be able to work 996 is a huge bliss. If you want to join Alibaba, you need to be prepared to work 12 hours a day, otherwise why even bother joining.” Out of 168 hours in a week, Jack Ma expects employees to spend 72 hours in the office working.

China’s tech industry has birthed some of the world’s largest internet companies such as Alibaba, Baidu and Tencent. And done so at a remarkable pace This has made many software developers and tech entrepreneurs very rich (China now has the most number of new millionaires in the world). But the relentless nature of the work culture now seems to be taking a toll on tech workers powering the sector.

While the problem is not a new one, the protests against 996 work culture has been gaining mass in the last one year with reports of programmers and startup workers dying unexpectedly due to overwork and exhaustion.

In fact protests against the 996 work culture are now called 996.ICU, in reference to grim joke between tech workers that 996 will send you straight to the intensive care unit at the hospital.

Are Protests Against 996 Work Culture Being Gagged?

In the past few days, protests about this culture is facing an apparent gag order from social media. While local platforms such as Weibo were expected to downplay comments against Jack Ma, surprisingly twitter is also allegedly suppressing tweets around the topic, with some users on Twitter that the micro-blogging website is not allowing them to mention 996.ICU which is the name given to this labours revolution brewing in China. 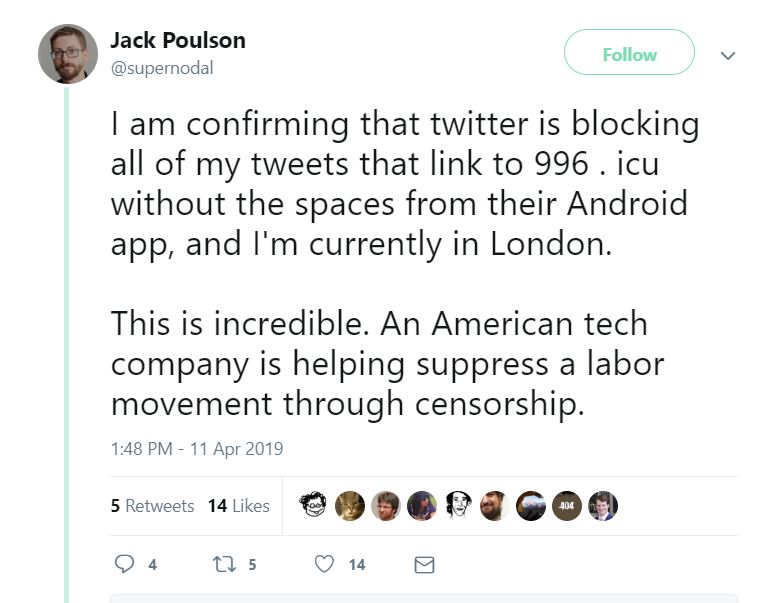 When questioned about why this is happening, a Twitter spokesperson told Inc42, “This issue has been resolved and people should be able to Tweet the URL now.” The spokesperson declined to elaborate further about the ‘issue’ saying, “We won’t comment on this issue further.”

Because of the censorship on social media, Chinese tech employees have found an unusual place to demonstrate their dissent towards this 996 culture. Github, which is the world’s largest open-source site that lets programmers collaborate on code has cropped up with thousand of posts protesting the 996 work schedule.

The repository known as 996.ICU is where all the tech savvy coders of China are uniting. Sprawling into a labour movement, China has also now started to censor Github, which for now remains accessible.

Tencent’s Wechat refuses to open the (anti)996 website, as does Alibaba’s UC Browser and Qihoo’s 360 browser.

Some users on Twitter are also mentioning that the micro-blogging website is not allowing them to mention 996.ICU.

Article 36 of China’s labour law states that “The State shall practice a working hour system, labourers shall work for no more than eight hours a day and no more than 44 hours a week on average.”

Internationally China’s 996 work culture is in contrast to it neighbours where in Japan a new law was recently enacted capping overtime to 45 hours a month and South Korea last year slashed its maximum working hours from 68 hours a week to 52 hours.

In the United States full-time work means working for 40 hours per week and France has a working week of 35 hours.

The complaints have now spiralled into a broader debate on quality vs quantity in China. On April 11, an opinion piece published in a state newspaper argued that 996 work culture violated China’s Labor Law. Also with new found affluence in their families, millennials are becoming more confident in demanding work-life balance in a country long known for its single-minded pursuit of growth at all costs.

However, for those without the safety net of well-to-do families, a relief from the 996 work culture may be a distant dream. Just a few months back, The CEO of Youzan, another large Chinese e-commerce company, surprised his employees at their 2019 yearly company party by telling them Youzan is officially switching to 996.