Move not in the interest of the Indian side, says Beijing 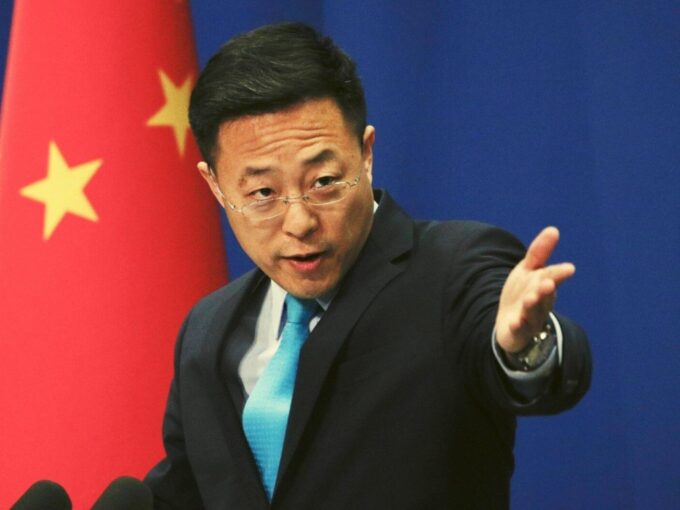 China said on Tuesday (June 30) that it was concerned about India’s decision to ban Chinese mobile apps such as Bytedance’s TikTok and Tencent’s WeChat and was making checks to verify the situation.

Chinese foreign ministry spokesman Zhao Lijian told reporters during a daily briefing that India has a responsibility to uphold the rights of Chinese businesses.

India on Monday evening banned 59 Chinese mobile apps in its strongest move yet targetting China in the online space since a border crisis erupted between the two countries in early June.

The apps are “prejudicial to the sovereignty and integrity of India, the defence of India, the security of state and public order”, the ministry of information technology said in a statement, which came two weeks after 20 Indian Army personnel were killed in a violent clash on the India-China border in Ladakh.

“China is strongly concerned,” Chinese Foreign Ministry spokesperson Zhao Lijian was quoted by ANI as saying. He also told reporters during a daily briefing that India has a responsibility to uphold the rights of Chinese businesses, according to Reuters.

“The practical cooperation between China and India is actually mutually beneficial and win-win. Such a pattern has been artificially undermined and it is not in the interest of the Indian side,” Zhao added.

The decision by New Delhi to ban Chinese apps comes days after popular Chinese social media app WeChat — also banned by India — removed updates by the Embassy of India (EoI) on the current border conflict including Prime Minister Narendra Modi’s statement. The reasons given for the removal of the posts include divulging state secrets and endangering national security.

India is the biggest driver of the TikTok app and the ban is expected to be a big stumbling block for its owner Bytedance, which had plans to invest $1 billion in the country.

On Tuesday, the head of TikTok India head Nikhil Gandhi issued a statement saying the firm has “not shared any information of our users in India with any foreign government, including the Chinese government”.

The border standoff has triggered massive outrage in India. There have been calls for the banning of Chinese businesses, which export goods worth nearly US$60 billion to India.

Many have also downloaded “Remove China Apps”, a mobile application that helped users detect and delete Chinese software, before it was removed by Google from its Play Store.

In recent times, Beijing’s direct investments have soared from$1.6 Bn in 2014 to at least $8 Bn in 2017, while planned and current investments are forecast at$26 Bn, according to US think-tank Brookings.