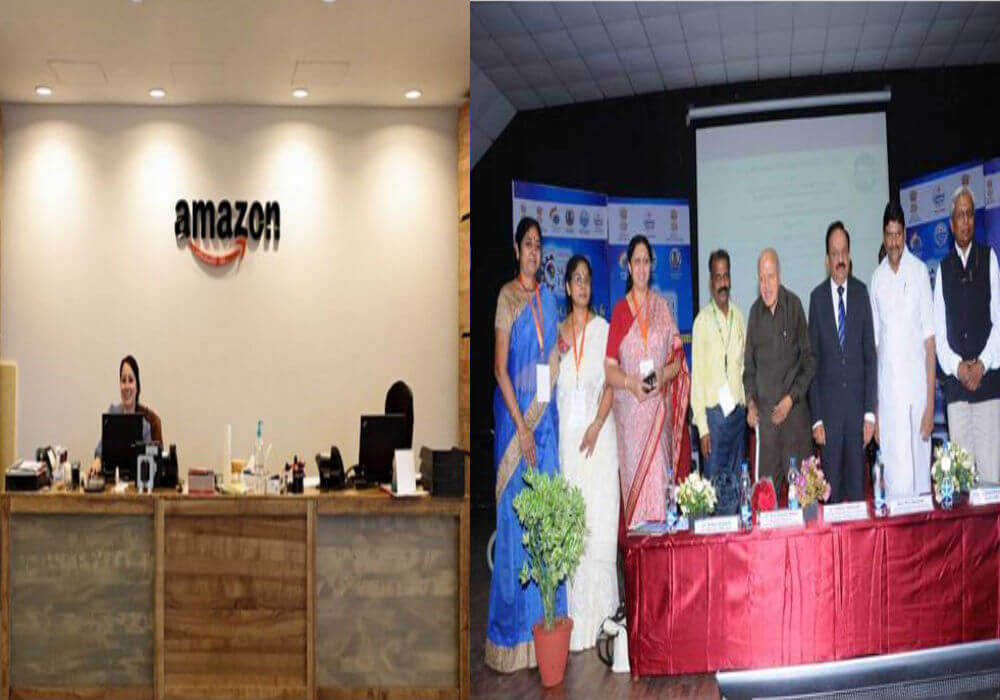 Amazon India has leased 450K sq. ft. of office space in Chennai. Reportedly, Amazon will occupy the office space in two phases. In the first phase 200K sq. ft. will be occupied in next one and a half year. Also, Chennai has got its first biotech incubator for women at Golden Jubilee Biotech Park for Women Society.

As reported by ET, the new campus will come up at Ramanujan IT City, which is being executed by TRIL Infopark, a special purpose vehicle (SPV). The 4.6 million-sq ft commercial property is a joint venture between TRIL, Indian Hotels Company and Tamil Nadu Industrial Development Corporation (TIDCO).

Although Flipkart tried attempting to occupy a larger office space two years back but owing to leadership shuffles, valuation slashdowns, and cost-cutting measures, it couldn’t do so. However, now with over $4 bn in its war chest, and a number of projects such as Flipkart mart Buy, Flipkart Grocery and the one-stop hyperlocal app running on the edge, the probability for an aggressive hiring and hence a much larger office space acquisition cannot be denied. 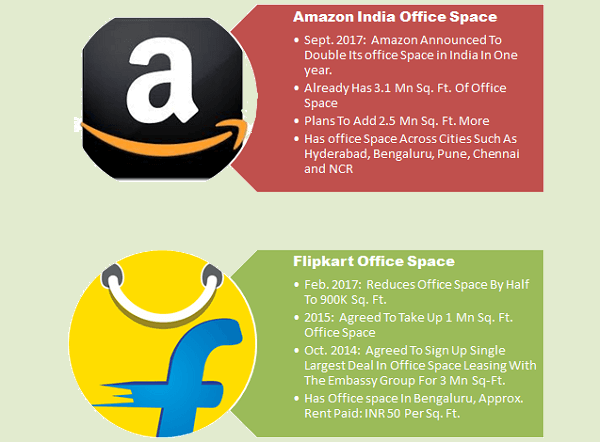 In 2016, office space in India saw absorption of over 43 Mn sq. ft. in 2016, registering a growth of 9% from a year earlier said the CBRE India Office MarketView Report-Q4 2016. Bengaluru and the NCR dominated leasing on an annual basis with a 47% share.

In another development, Chennai also got its first women biotech incubator. As per reports, Dr. Harsh Vardhan, Union Minister of Science & Technology has recently inaugurated the Incubator at Golden Jubilee Biotech Park for Women Society.

“Globally there has been a special focus on addressing the issues related to Women in Science and framing policies which support the same. In India, we have laid special emphasis on empowerment of women. Prime Minister Narendra Modi has stressed upon the need for special programmes which not only technically empower the women but also create employment opportunities,” he said.

He also added that Biotech Park is a good example of a Centre and State Government Partnership, thereby supporting more than 1000 startups and nearly 200 Women Entrepreneurs. “The women scientists would contribute significantly to the growth of the country and fulfill the dream of Prime Minister of ‘Making a New India’. Women scientists and Entrepreneurs definitely are the Game Changers Driving Science for ‘Making a New India’.”

Rise of Chennai As A Startup Ecosystem

Tamil Nadu’s capital city Chennai, nicknamed “The Detroit of India,” has been able to grab a good attention this year so far. While startups like Uniphore Software Systems, Howdy Ventures,  are busy garnering funds from the investors, the state government is leaving no stone unturned to boost up the morale of new age entrepreneurs.

The creation of several active mentor organisations like TiE (The Indus Entrepreneurs), CIIE Startupreneurs, IIT Alumni Clubs, and Nasscom’s Million Dollar startup programme, has definitely given a push to the startup ecosystem in Chennai. In recent years, the city has become home to many accelerators and incubators, including PayPal’s incubator and Start Tank. Not to mention the growing funding opportunities, which include Chennai Angels and TVS Capital Funds Limited.

Recently, the state government revealed plans to set up a $77.4 Mn (INR 500 Cr) venture capital fund to boost the startup ecosystem in the state. In December 2016, the Amma Venture Capital Fund with a corpus of $29.5 Mn (INR 200 Cr) was also announced. Also, prior to that, in September 2016, the state government decided to offer maximum support to startups, provided they follow the mandatory rules and regulations in order to create a fair economic system.

Chennai is fast emerging as a startup hub in line with cities such as Mumbai and Hyderabad. The state government’s initiative to boost women entrepreneurs and acknowledge their talent and education is worth an applause. The incubator will certainly add to the rising status of Chennai’s startup ecosystem in long run. Also, Amazon’s efforts to occupy such large office space areas indicates the aggressiveness of the ecommerce unicorn to make its mark in the Indian ecommerce landscape. Amazon India set foot almost six years later than Flipkart but is currently in a neck to neck battle with the Indian ecommerce unicorn. Will acquisition of office space is another battle the ecommerce majors will be involved in, remains to be seen.