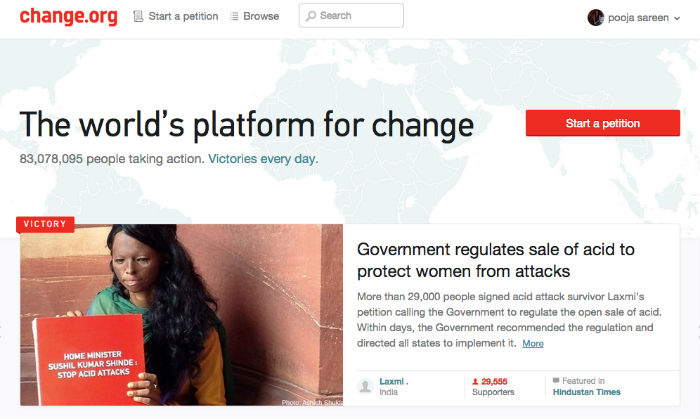 This investment is a validation of the social impact business we’ve built thus far, and a clear signal that this is only just the beginning of our growth, said Ben Rattray, Founder and CEO, Change.org.

The startup plans to use the funds raised to expand its engineering team, with a particular focus on mobile technology, and to scale up operations.

Change.org currently has about 80 Mn active users, spread across 196 countries. In context of India it has about has about 2 Mn unique users and the latest funding will help it grow its presence over the next few months.

“The focus of this investment will be to make the technology a lot more mobile-friendly and accessible. That is exciting for India, because we have huge mobile penetration in the country, and this could mean greater penetration among the youth,” said Preethi Herman, country lead and campaigns director.

This round takes total funds raised by Change.org to $40 Mn. Previously, it had raised  $15 Mn in an investment round led by Omidyar Network.