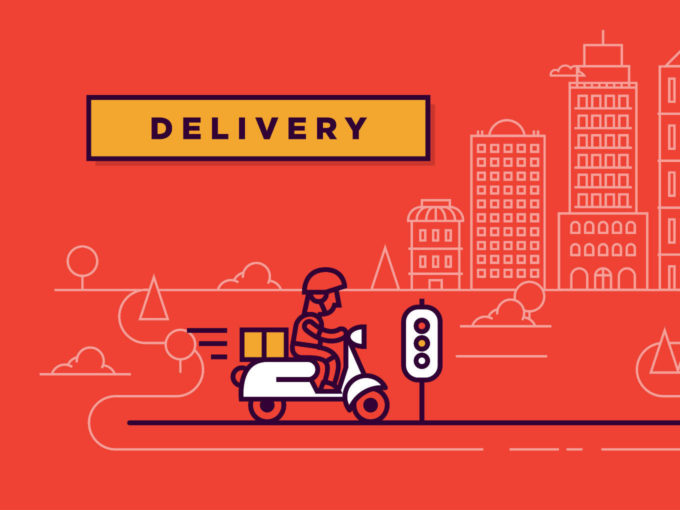 As the Indian ecommerce industry gains momentum with newer opportunities opening up in Tier 2 and 3 markets, the Competition Commission of India (CCI) last year started a study into ecommerce to understand the shift in strategies, competition landscape and issues. But beyond just ecommerce, the CCI looked to study the sectors such as online grocery, foodtech, lifestyle and travel verticals. Essentially, the CCI was looking to regulate a big chunk of the consumer services market, including foodtech, which affects food delivery platforms such as Zomato and Swiggy as well as restaurants.

In its report, ‘Market Study on Ecommerce in India: Key Findings and Observations’, released on January 8, the CCI identified retailers, manufacturers, online payment systems, ecommerce marketplaces and service providers as stakeholders in ecommerce and consumer services such as foodtech and food delivery. The competition watchdog said that the foodtech industry in India is estimated to grow at a CAGR of more than 12% between 2016 and 2021, driven by the growth in internet and smartphone penetration.

As per National Restaurant Association of India (NRAI) report, between FY16 and FY19, the delivery marketplaces raised 90% of the total foodtech funding, while the remaining proportion of total funding amount raised was divided between cloud kitchens (35%) and other business models (21%) in the foodtech industry.

Hence, the focus of CCI in this growing opportunity has highlighted the concerns of the players and restaurants.

The CCI study in the food service category found that online sales account for on average nearly 29% of the revenue for the respondent restaurants. It noted that casual dining and quick service restaurants rely on the ecommerce and foodtech ecosystem for survival and growth.

It noted that the foodtech platforms in food services in India have evolved from providing restaurant discovery services to becoming aggregators for food deliveries. It also noted that these platforms also provide multiple ancillary services to the restaurants, such as advertising, packaging, pricing analytics, menu and food photography and more.

The report found that marketplaces have taken various initiatives to improve the restaurant experience including providing hygiene ratings for restaurants through third-party auditors, flagging fake or incorrect reviews, engaging restaurant communities by sending newsletters and improvements in the partner (restaurant) mobile application or portal and support.

Hence, the CCI found that factors that may impact the restaurants’ choice of listing on an online platform are the number of customer visits, conversion rates (views to orders), the fee charged by the platform to restaurants and customer services.

The significant factors for a restaurant in India while choosing an online platform are the fee charged for delivery services, advertising and logistical support.

Deep discounts have been widely accepted as the major concern for restaurants in relation to the foodtech industry. Consumer preference, according to a significant majority of respondents, was being sculpted around the metric of price or discounts.

While lower prices benefit consumers, the increasing focus on discounts, according to restaurants, poses a risk to competition on non-price aspects such as quality and innovation that may hurt consumer interest in the medium to long run.

The competition watchdog also said that the rising trend cloud kitchens as a means of low-cost expansion into new cuisines or geographies is fast catching on, even among established players.

For the online ordering and delivery platforms as well, cloud kitchens have become the new growth frontier. Foodtech businesses have entered into the domains of cloud kitchen infrastructure, i.e. provision of delivery-only kitchen facility to partner restaurants, while some have launched their own cloud kitchen brands and private labels.

The entry of aggregators into the cloud kitchen market is an inherent cause of concern for restaurants due to conflict of interest. They have alleged that online platforms become both the marketplace for restaurants and create new competition for restaurants through cloud kitchens. Foodtech platforms and aggregators have incentives to leverage their control over the platform to favour select vendors or private label products to the disadvantage of other sellers. This includes access to transaction data and ranking of search results.

Restaurants responding to CCI said that search ranking is primarily affected by factors such as proximity of the restaurant, ratings/reviews submitted by the users, advertisements and past searches and orders. Hence, restaurants believe that they are vulnerable to practices such as demotion of their appearance in search results on account of lower commission rates paid.

“If search results were influenced by commission paid, it could drive up the cost of distribution for hotels/restaurants while also disregarding consumers’ expectation of objectivity,” the report noted.

Foodtech platforms claim that restaurant partners have to participate in the discount schemes only if they so desire. However, the partners stated that non-participation affected visibility on the platform because of allegedly rigged search ranking, thereby affecting their reach and ability to compete effectively.

Restaurants further mentioned that while initially these discounts were funded entirely by the platform, over the years the burden of funding discounts has been gradually shifting on to the hotels and restaurants. Restaurants see search ranking as a function of discounts funded by restaurants and participation in customer deals. However, this practice of unilateral discounting is allegedly undermining the market position of the service providers by eroding profitability and devaluing their products in the eyes of consumers.

The other contract term that the business users in the food service segment found to be an unfair imposition was the mandatory bundling of delivery service with listings.

This choice, according to the restaurants, should be left to individual restaurants. They were concerned that delivery services may drive up the cost of doing business, concerns around competition and lack of insight on customer behaviour.

The restaurants have said that critical customer information is not shared by platforms with restaurants, while the same is mined for launching and promoting the platform’s partner cloud kitchens.

Platforms were of the view that the data that was necessary for improving the service quality and restaurant food quality and some data is shared with restaurants. But restaurants claim that the data shared by platforms is not customer-wise data but an aggregate picture of their periodic performance in terms of customer review and rating.

As part of the effort to solve the growing discontent between restaurant owners and food aggregator startups, the Department of Promotion of Industry and Internal Trade (DPIIT) convened a meeting in the first week of January. The meeting was attended by representatives of the National Restaurant Association of India (NRAI) and food delivery platforms — Swiggy, Zomato and UberEats.

Speaking after the day’s proceedings, NRAI told Inc42 that the discussion was held on three main agenda points — cloud kitchens, exclusivity on aggregator platforms and issues with the algorithms used by food delivery platforms and aggregators. The DPIIT will be communicating the outcome of the discussion after “due deliberations”, NRAI added in its statement.