Openness about discounting and how companies use customer data is essential, said CCI chairman 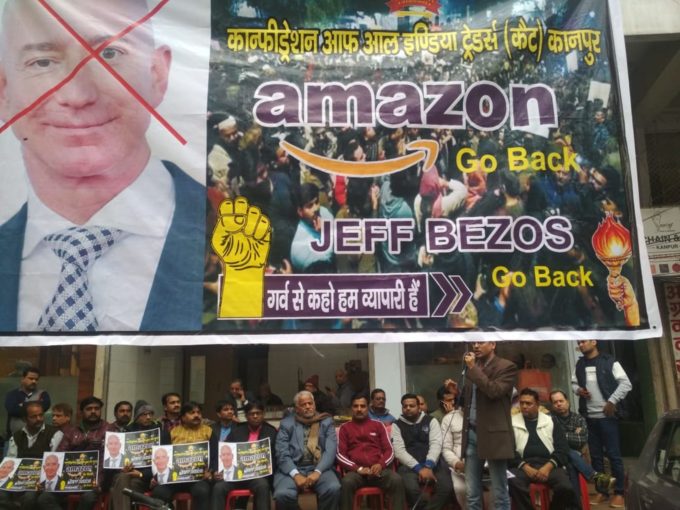 Despite various efforts by ecommerce giants such as Amazon and Flipkart to justify their stand on concerns raised by small traders, the Competition Commission of India (CCI) has called for more transparency as it works to ensure brick-and-mortar stores do not run out of business.

“Openness about discounting policies and how companies use customers’ data is essential,” said Ashok Kumar Gupta, chairman of the CCI, during a media interview ahead of Amazon founder and CEO Jeff Bezos’ much-publicised visit to India.

“If you are absolutely clean, come out, put it (details) on your website. So that everybody knows and there is nothing opaque,” he told Reuters.

He said if that is not done, there are bound to be complaints and CCI will look into the operations. “Why do you want to subject yourself to this type of investigation if you are open about it?” the antitrust chief asked ecommerce companies.

The clash between the Confederation of All India Traders (CAIT) and the online marketplaces have been going on for over a year now. The traders association raised red flags saying that ecommerce platforms like Amazon and Flipkart do not comply with FDI norms, prefer certain sellers and offer deep discounts that put local vendors out of business.

The CAIT has met government authorities seeking intervention on these alleged malpractices by Amazon and Walmart-owned Flipkart, who are registered as ecommerce marketplaces, but control inventory, the retail traders claim.

Sellers and traders have also demanded a policy for discounts on the ecommerce platforms, dismissing any prospect of market influence through heavy discounts. “There is nothing wrong in giving discounts if you are an insignificant player, but once you acquire market power, you cannot continue with these practices because you will start hurting the incumbent players,” Gupta added.

He also said that ecommerce contributes greatly to the economy and the CCI wants it to grow in a healthy manner.

Meanwhile, Bezos announced at the Amazon SMBhav event that Amazon will be investing $1 Bn in India to support small and medium-sized businesses (SMBs). The announcement came on Wednesday (January 15), day one of his visit, during a fireside chat with Amazon India head Amit Agarwal at the event in Delhi.

According to him, the investment will digitise Indian SMBs and will increase the value of the goods exported from India via Amazon to value at over $10 Bn by 2025.

Bezos was expected to meet Prime Minister Narendra Modi to discuss the India opportunity, but that meeting may not happen after all due to a scheduling issue. As the National Ecommerce Policy is expected to be rolled out in upcoming parliament sessions, Bezos may also discuss the norms laid out in the policy with government officials, industry stakeholders, and Amazon’s Indian top-level management.