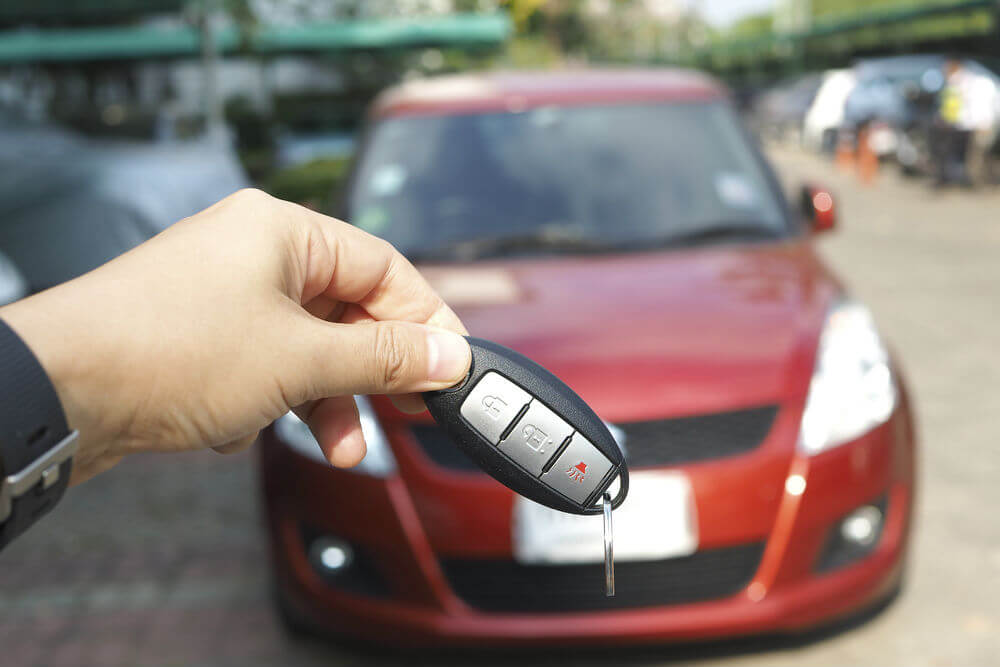 P2P car and bike sharing platform Drivezy has raised $10 Mn in a part equity and part debt funding. The equity investment totalling $5 Mn has been made by American and Japanese investors, including Das Capital, Axan Partners, Das Capital and IT Farm. Meanwhile, a group of banks and NBFCs including Mahindra Finance, ICICI Bank, Cholamandalam Finance and Shriram Finance has invested $5 Mn in debt in Drivezy. In addition to raising this round, Drivezy also announced the launch of its first private Initial Coin Offering (ICO) to expand its peer-to-peer sharing marketplace for cars and bikes.

Drivezy will use a major part of the funds raised to create Rental Coins– a currency for car-sharing industry.

Ashwarya Singh, CEO & Co-Founder, Drivezy stated, “Considering the rising cost of vital assets and resources especially housing and transportation, I believe the future is a shared one. The world is moving on to a collaborative model of consumption and our mission is an aggressive journey to change the way people purchase, use and sell motor vehicles. The funds raised will fast-track our strategic expansion into new markets across India and global markets.”

Also, Drivezy has partnered with Unocoin, an Indian Bitcoin exchange company, to accept Bitcoin as a mode of payment. This makes Drivezy the only self-drive car and bike rental company in India to accept cryptocurrency.

Speaking on the ICO, Aishwarya said, “With the growing popularity of Bitcoin in India, we feel that this is the right time to open alternative means in the sharing economy. This ICO is part of our vision to leverage the power of the blockchain to build an open, secure and transparent technology to globalize the Indian car sharing marketplace. Rental coins can potentially create almost 10 lakh micro-entrepreneurs who can supplement their household income by renting their assets.”

The Drivezy ICO has been announced in Japan at a conference hosted by AnyPay, a Japanese fintech company which is also an investor in the startup. AnyPay will be providing Drivezy with ICO advisory support in terms of scheme structuring and token development. The launch of ICO will allow Drivezy’s investors to purchase cryptographic tokens which entitle them to a share of the revenue generated by rental transactions on the platform.

As per the startup, these rental transaction have proven to generate an average RoI of 30%. How it will work is that people can buy Rental Coins to invest in a fleet of collaborative shared vehicles that will be operated by Drivezy. 95% of the revenue generated by customers renting the vehicles through Drivezy will go to the ICO investors and 5% to Drivezy, between the 1st and 5th of every month. 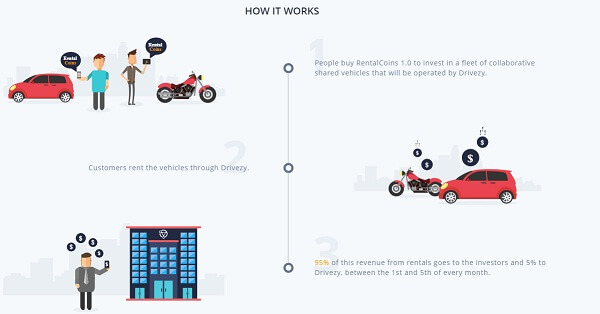 Built on the ethereum blockchain, Rental Coins is a distributed technology tailored for the sharing economy. Through Rental Coins, Drivezy aims to create a fleet of collaboratively owned vehicles that shall be accessible to all.

Shinji Kimura, CEO AnyPay added, “Drivezy is building something more than a simple sharing business; they are building a system that can unify the global sharing economy. I chose to support them as I believe that they have the knowledge and skill to accomplish their vision.”

Drivezy: The Journey So Far

The Y Combinator-backed self-drive car rental service JustRide had rebranded itself as Drivezy in July this year.

Prior to that in March 2016, it raised $400K in Pre-Series A round of funding from a group of angel investors. That’s when the company shifted to a car-sharing marketplace from an aggregator-based model.

In November 2015, it had raised funding to the tune of $2 Mn. Prior to that, it had raised an undisclosed amount of angel funding from industry veterans like Alok Mittal, Zishaan Hayath, Niraj Singh, Nikunj Jain, among others in August of the same year.

Drivezy (JustRide) was also selected for Google’s Launchpad Accelerator program in November 2015 and for Y Combinator’s summer batch of 2016.

Till date, Drivezy has raised a total of $16 Mn.

Since the launch of their vehicle sharing platform, over 800 owners have listed 1,315 vehicles with Drivezy in four cities, namely Bengaluru,Mumbai, Pune, and Mysore. As per a statement given to Inc42, of these 1,315 vehicles, 950 are cars while the rest 365 are bikes. The startup which recently entered the bike rental market by launching geared and non-geared bikes in Bengaluru, aims to expand to five more cities by the end of 2017. Drivezy claims to have a monthly GMV of over $950,000, completed 296,400 trips, average monthly bookings of 22,000, and a monthly growth rate of 25%.

Drivezy competes with taxi aggregators and ridesharing startups like – Ola, Uber, Tripda, BlaBlaCar, LetsRide, PoolCircle, ZoomCar, Carzonrent, and Ryde among others. While it is hoping to establish itself as an alternative to buying cars and earning a second income, it will be interesting to see how it fares on adoption and acceptance for future growth. Of additional interest will be its ICO which is merging cryptocurrency with sharing economy-two rising trends in the Indian economy.