Can India’s Bike Rental Startups Bounce Back From The Covid-19 Crash?

Can India’s Bike Rental Startups Bounce Back From The Covid-19 Crash?

Yulu is witnessing an increase in ride time and distance, thereby increased fares 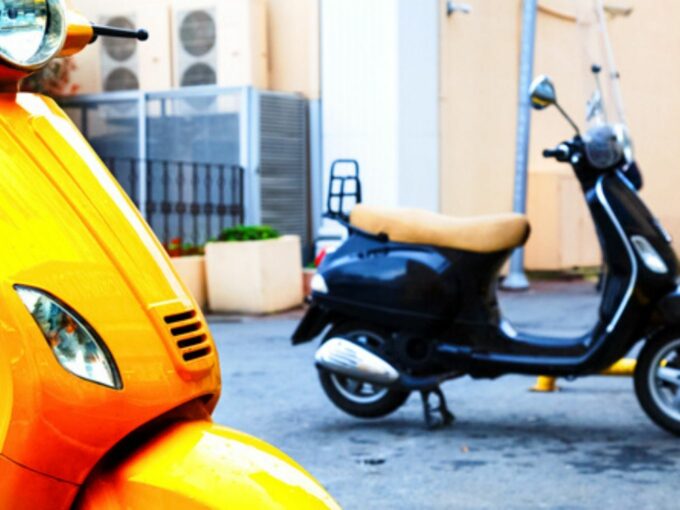 “This is a permanent loss. We’ll assume that we made an investment in a project that didn’t take off,” CEO and cofounder of Yulu Amit Gupta told Inc42 on the losses that the micro-mobility bike and scooter rental platform incurred in the past two months.

It’s no secret that ride-hailing, bike rentals and mobility in general have been among the sectors that have had to bear the worst of the impact from the Covid-19 pandemic and the lockdown.

With operations either completely put on hold or severely restricted, all last-mile connectivity and two-wheeler and four-wheeler startups incurred huge losses during the period and.

Going forward, many of these startups are now venturing into new segments or expecting to benefit from the situation for a brighter future ahead.

Mobility startup fleets are now coming back on the road after two months of nationwide lockdown. But a lot has changed within two months for startups like Ola, Uber, Rapido, Yulu as well as for the likes of hyperlocal/food delivery startups Swiggy, Zomato, and Dunzo.

For instance, Swiggy and Zomato, which were known to deliver cooked food, are now become key players in the grocery delivery segment, thanks to the huge fleet of riders in hundreds of cities in India. Meanwhile, Swiggy also launched Swiggy Genie to directly compete against Dunzo’s pick-up and drop-off of items or parcels from anywhere within the city. Similarly, two-wheeler startups have also pivoted.

A new expansion or entering a new segment might be necessary for medium-term sustainability for startups in the crisis. Bengaluru-based bike taxi platform Rapido, which had to halt all mobility operations, launched an on-demand person-to-person delivery service called Rapido Local.

Using Rapido Local, customers can either send food, groceries and medicine to each other, just like Dunzo or Swiggy Genie. Rapido cofounder Aravind Sanka expects Rapido Local to be one of the revenue-generating verticals for the company even after things pick up post the lockdown.

Sanka said that logistics tech is going to play a major role for all retail and local businesses. Even prior to the lockdown, Rapido worked as a logistics partner for Zomato and Swiggy to facilitate the delivery of food orders. Similarly, Yulu had also partnered with essential delivery companies to mitigate the impact to some extent “We deployed the bikes and ground staff vehicle. I won’t say we made a lot of money but reduced some burden on the cost side,” Gupta said.

While Rapido used to earn about 10% of the revenues from logistics play before the pandemic. But now the startup is eyeing a larger piece from deliveries and by delivering groceries for other platforms as well.

“We are trying to get 25% of the revenues from logistics. In the current situation too, we are focusing a lot on the logistics side of the business as it fits into our business vertical. So, that’s the reason we are focusing more on logistics and trying to build,” said Aravind Sanka.

Further, when asked if the startup will launch a Dunzo-like service soon for hyperlocal deliveries in the market, the Rapido cofounder said, “You never know. Rapido’s viewpoint is always long-term then opportunity launches.”

However, Sanka believes that the use-cases for Rapido Local will evolve according to the market needs, as logistics is a profitable play. “We don’t lose any money on logistics transactions and that’s why it is operationally profitable from the beginning.”

Sanka also expects that the new verticals will help the startup improve unit economics for its business. He claimed, “We are already kind of operationally profitable in the majority of the cities we operate in.”

Scooter rentals for long term use, now live on the Bounce app.
Affordable plans are now available for your essential commute. Call 080-46897485 or write to us at [email protected] pic.twitter.com/omviLAWCvD

On the other hand, Yulu has seen an emerging trend among its user base that is still using the bikes that could catalyse growth and revenue. Cofounder Gupta said that vehicles are now used for longer distances and for longer rides. This increases the fare and is said to be helping the startup improve revenue generation.

“Unit economics is looking much stronger than pre-Covid basis as people are using more. We’re rebounding fast,” he claimed.

As of now, Yulu has restarted its operations in Bengaluru and is keenly waiting for Mumbai and Delhi NCR to open up. Gupta claims that the business is recovering well in Bengaluru and the startup expects the same from Delhi and Mumbai.

Explaining the reason behind the increased usage, Gupta said that most commuters don’t want to use public transportation, cabs, rickshaws or other rental platforms as that involves being with other people. He claimed that a survey by Yulu showed similar trends in mobility.

Gupta claimed that Yulu bikes are much safer as human interaction is low. “Only the handle and seat come in the direct contact of users. So, people will look at Yulu as a safer option than others.”