CAIT has accused Amazon of not revealing its strategic interest in Future Retail while seeking approval for the deal, and thus urged the government to take immediate action against Amazon

It referred to Amazon’s proposition within Future Retail as an act of cheating, criminal breach of trust, dishonest inducement, concealment and deception

CAIT has sought an ‘immediate audience’ with cabinet ministers including defence, commerce and finance ministers and BJP president to take up its demand of suspending Amazon India operations 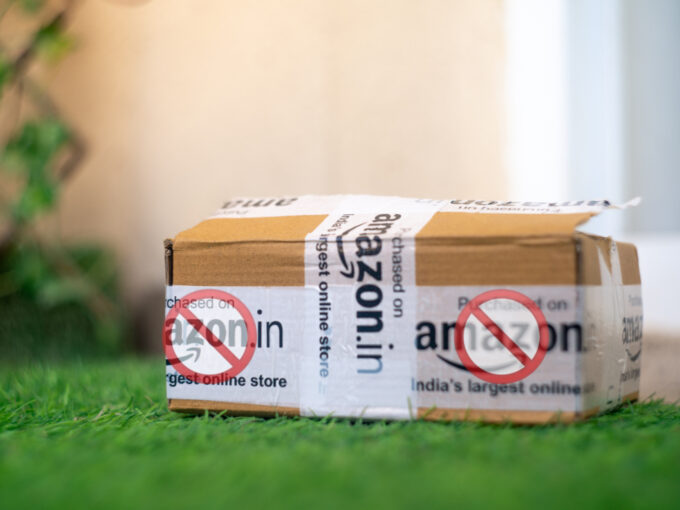 In a fresh development to the Amazon-Future Retail brawl, traders’ body CAIT has written to the commerce minister Piyush Goyal asking for suspension of Amazon operation in India. Earlier, CCI temporarily suspended the Amazon-Future Coupons deal from 2019, on the basis of which the company was stalling the Future Retail-Reliance Retail deal.

CAIT further accused Amazon of not revealing its strategic interest in Future Retail while seeking approval for the deal. On Sunday (December 19), the traders’ body urged the government to take immediate action against Amazon.

“Such acts of Amazon constitute as an act of cheating, criminal breach of trust, dishonest inducement, concealment and deception. Therefore, CAIT has strongly demanded the union government to take immediate action by making an order for suspension of business operations of the Amazon e-commerce portal,” it said.

It added that Amazon’s deal with Future, which now stands temporarily suspended, also violated FEMA and FDI policy thus, the Enforcement Directorate should take immediate action against Amazon as the ‘evidence is right before it in the form of CCI order’.

CAIT has sought an ‘immediate audience’ in the form of cabinet ministers including defence, commerce and finance ministers and BJP president to take up its demand of suspending Amazon India operations

Amazon Vs Future – In Its Final Stages?

In September 2019, US-based ecommerce giant Amazon informed the CCI that it had proposed to acquire 49% stakes in Future Coupons. The deal had reportedly also mentioned a list of 30 entities with whom the Future Coupons could not transact, including Reliance Retail.

Most recently, CCI has temporarily suspended the Amazon-Future Coupons deal from 2019. Along with the suspension, CCI has also imposed a fine of INR 200 Cr on Amazon.

If the deal between Future and Reliance comes through, Reliance Retail will have the largest footprint in the Indian retail segment.

The current situation is a definite setback for Amazon, as it was touting the apex court of the demerits of the Future-Reliance deal, based on its own $200 Mn and 49% stake within Future Coupons.

Why Is CAIT After The Ecom Giant?

It is to be noted that the traders’ body has been at loggerheads with foreign etailers, especially Amazon. CAIT has on numerous occasions, written to the CCI, demanding immediate steps for an aggressive investigation into the business model of both Amazon and Flipkart in reference to complaints of dominance and non-competitive business practices.

Calling Amazon (and Flipkart) the ‘new edition of East India Company’, CAIT has also pointed out the need for ‘consolidation of the nationalist forces’ as foreign ecommerce companies will adversely affect the country’s economy and retail market.

Founded in 1990, CAIT is an apex trade body representing 80 Mn Indian traders and 40K+ trade associations. It also claims to be the world’s largest non-corporate SME organisation and its main agenda is to promote the welfare of offline and small retailers.

It claims that Amazon’s presence is a threat to the Indian retail ecosystem, despite the government’s draft ecommerce policy which looks to tackle the issue of predatory pricing, flash sales and the data dominance of ecommerce marketplaces.