The Features Include: Booking For Someone Else, Call To Ride, Uber Light Web And Offline Search 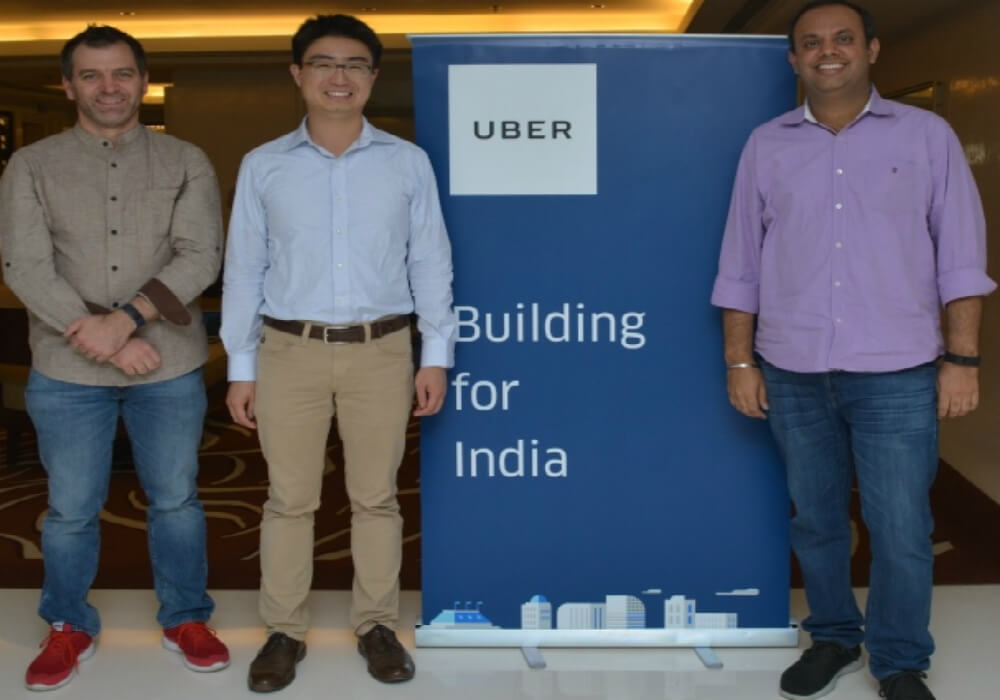 Back to basics. One of the leading cab aggregators, Uber India has launched a host of new (basic) features which include ‘request for a guest’, ‘call to ride’ and AI-enabled offline search facility for its users. The cab aggregator has also introduced a light web version of the app.

Speaking about the launch, Daniel Graf, VP, Products, Uber said, “Uber has a huge market base in the countries like India, Brazil and Indonesia where 3/4th of the riders use smartphones with Android version latest of 2012. Thus, as a part of our efforts to enable global access to Uber, we are focusing on two key areas; building solutions for those who don’t have access to the Uber app and enabling our existing rider app to work better in emerging markets.”

Call To Ride: Uber India has also announced to float a phone number for the booking facilities. The platform has generated top locations’ area codes with a physical banner at the location especially for ‘call to ride facility’. Once booked, the area code will work as a meeting point for both the users as well as drivers. Interestingly, the calling facility is based on deeptech and won’t need a person to entertain physically. The facility is currently made available in Pune, as part of the company’s pilot project.

Request For A Guest Ride: Uber India has finally launched a ‘Request for a guest ride’ service that will enable anyone to book a ride for anyone, anywhere. The guest riding the cab won’t need a smartphone or uber app in order to ride. To use this feature, the person requesting the ride for a guest can simply tap “where to” and then choose who is riding above their pick up location.

The service will be rolled out in the few weeks.

Offline Search: For riders using the app in limited network areas, Uber is enabling offline search by cashing the top points of interest in the city so that riders can enter their destinations in the app without having to wait for the connection.

Keeping the fact that Uber app doesn’t work well with old smartphones, and feature phones, the cab aggregator has also launched Uber lite web that will be easily accessible by riders using feature phones or smartphones not compatible with the latest Uber app. Once signed-in, the website works same as the app does.

Speaking of the R&D behind these initiatives, Peter Deng, Head of rider experience at Uber said, “Initiatives such as call to ride are not easy to offer, the Uber’s Bengaluru development team, in fact, had to go to Uber Brazil’s offices to understand, how it could be done or implemented.”

Ola And Uber: What Sets Them Poles Apart?

Catering to the same set of users, there has been a clear difference between Ola and Uber India when it comes to their approach or service. In contrast to its Indian competitor Ola which operates in 90+ cities in India, Uber currently operates in 29 cities of India, and 600 cities globally. While Ola’s announcements be it, Ola outstation or Ola at tourist spots aim to deepen the penetration, Uber India’s recent announcements such as Uber Access, Engineering Centres at Bengaluru and Hyderabad (announced yesterday) are however not about the expansion plans, but majorly focus on the existing cities’ markets only.

Manik Gupta, Head of product, marketplace and maps, Uber India stated, “The current initiatives are not exactly aimed to expand the market, but to enrich our existing customers experience further.”

With Uber, once a part of SoftBank’s anti-portfolio, now set to enter its portfolio, differentiating the services and approach do make sense.

At a time, when cab aggregator Uber has heavily invested in Self-driving cars’ projects in North America, and India is the world’s second-largest market in terms of smartphone sales, Uber India’s initiatives such as ‘lite web’, and ‘call to ride’ do appear to be too basic in their offering, don’t they? The initiatives are a tad late too, compared to Ola’s ‘Ola offline’ that was launched a year ago.