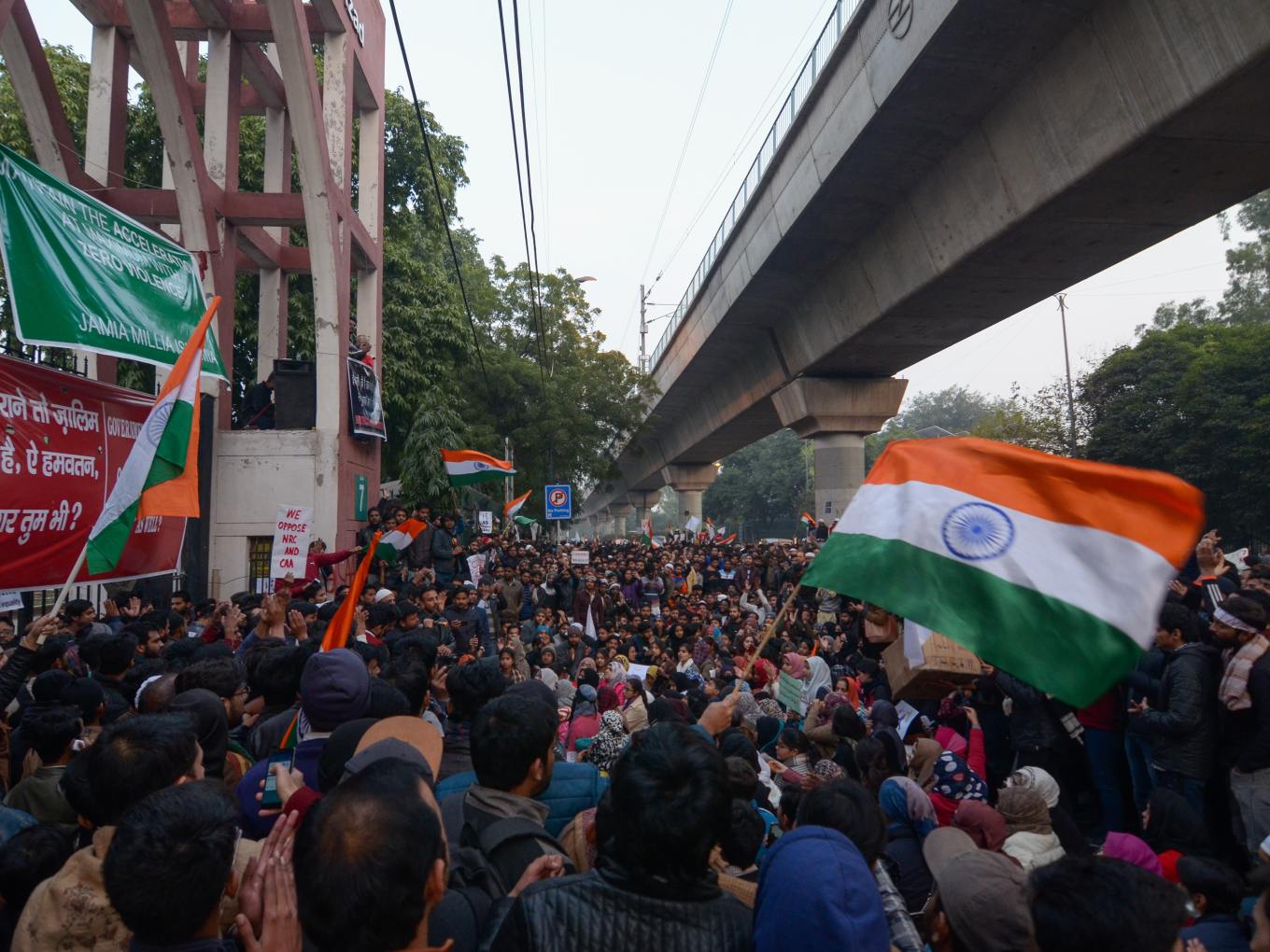 Developing: This story is a live article on the updates and developments around the internet shutdown reports in parts of India, including in Delhi, over the protests against the Citizenship Amendment Act or CAA. Please check back for updates through the day

Like Airtel and Vodafone, Reliance Jio has also sent messages to subscribers saying telecom services would be barred in certain parts of the country.

Those facing internet shutdowns or blocks can report the status to the Internet Freedom Foundation. The IFF is also working with lawyers to take legal action from any impact of the internet shutdown. Interestingly, the local police jurisdictions do not have the authority to call on bans of mobile services. Such orders typically come from the home ministry, headed by Amit Shah, widely considered to be the architect of the CAA.

Thank you for your reports on internet shutdowns in Delhi. Please report in the following format:

Reacting to the internet shutdown to quash protests, technology lawyer and Managing Partner at Mishi Choudhary and Associates, Mishi Choudhary said in a statement, “It’s really concerning that the capital city of the largest democracy in the world has shut the internet down and cut off its citizens from communicating. This is unprecedented and could have an irreversible and detrimental impact on India’s aspiration to become a Digital Leader.”

Meanwhile, the Internet Freedom Foundation has tweeted an image of the order from Delhi Police to telecom companies in the wake of planned protests. Vodafone India has also confirmed blocking internet and cellular services in parts of the city.

As India prepared for nationwide protests against the contentious Citizenship Amendment Act (2019) or CAA on December 19, many individuals in parts of the national capital Delhi are reporting internet shutdowns.

Protests against the bill, which many have called discriminatory, have reached a crescendo in the light of the brutal attacks on students in many parts of the country. Soon after the passing of the bill, clashes between police and protestors have been reported in Uttar Pradesh, Assam, West Bengal as well as Delhi, which grabbed national headlines.

While there is no clarity yet on how some incidents of violence began, protests have taken an ugly turn with public property damaged. With many cities organising peaceful protests today around India and the world, reports are coming in that internet and voice services have been shut down in various parts of the country.

Jammu & Kashmir and parts of Northeast India are already under internet blackout, and many users in Delhi are reporting that a similar internet shutdown is in progress in the capital.

Responding to a potential internet shutdown and cellular blackout in Delhi today (December 19), Airtel’s customer care told a user on Twitter, “Like we spoke, as per instructions from govt. authorities, Voice, internet and SMS services are currently suspended in your location. Once the suspension orders are lifted, our services will be fully up and running.”

Further, Section 144 or curfew law has been imposed in many major metros in India. Hyderabad Police tweeted about protests not being allowed, while noted historian Ramchandra Guha was seen being threatened and manhandled by police in Bengaluru, with Section 144 rules imposed in the city.

How CAA Protestors Can Beat The Internet Shutdown In Delhi

Meanwhile, social media users are urging protestors to use tools that do not rely on internet connections to spread messages. Bridgefy, an app that uses a mesh networking protocol for messaging has been recommended by many users.

Bridgefy gained prominence by being the messaging app of choice for the protestors in Hong Kong who have been mobilising against Chinese interference for many months. Similar to Bridgefy, Briar Project is an open-source mesh network messaging alternative and can be used by those who want to keep a track of exactly how secure their communications are.

Some users have also suggested the use of features such as tweeting through SMS to spread the word about on-ground incidents.

Inc42 has contacted Airtel and Reliance Jio to understand the extent of the internet shutdown and whether it will indeed be temporary as Airtel has claimed. We will update the article as soon as there’s a response from the telecom companies.

India has a woeful track record when it comes to internet shutdowns. The country had the most number of internet blockades in the year.

India also had a whopping 67% share of the total internet shutdowns in the world in 2018, i.e. the Indian government has ordered 134 such bans out the 196 ordered world over last year.

Further narrowing it down, a big chunk of these shutdowns in India — or 47% of them — have taken place in Jammu and Kashmir. According to the data by the Department of Telecommunications, Jammu and Kashmir had 5.81 Mn internet users in 2018.