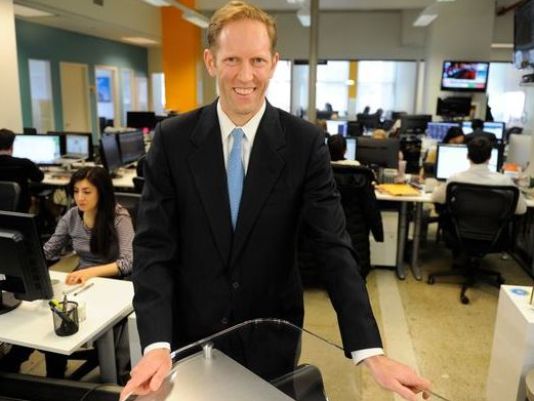 Germany-based media house, Axel Springer has announced to acquire a majority (88%) stake in New York-based Business Insider. Springer already holds approximately 9% stake in the company and, after this purchase, will hold a stake of 97%.

According to Crunchbase, since its its launch in 2007, Business Insider has raised over $55.6M in 7 rounds of funding. Bezos Expeditions, the personal investment company of Jeff Bezos holds 3% share in the company which he will continue to hold.

Business Insider reaches over 78 Mn unique visitors each month. Once through, this deal will take Springer’s total reader base to 200 Mn. The acquisition also puts Axel in the list of ‘six largest publishing houses’ in the world.

Post the acquisition, Henry Blodget, founder, CEO and Editor-in-Chief and Julie Hansen, COO and President at Business Insider will continue in their respective roles. There will be additional appointment on board of the company, which will now include Kenneth Lerer, managing partner at Lerer Hippeau Ventures, an early-stage technology venture capital firm, co-Founder of Huffington Post and Chairman of Buzzfeed, will receive a seat on the Board of Business Insider.

Axel Springer will finance this acquisition using existing credit lines. The transaction is subject to approval by relevant antitrust authorities.

It is also an investor in other media firms like OZY.com, an online magazine for news and culture, Livingly Media a women’s portal, Lerer Hippeau Ventures and SV Angel.

Axel Springer also has a majority holding in the shopping platform, Retale; a virtual-reality startup, Jaunt; the social-video-news media company, NowThis Media and the media startup, A Plus.

Earlier this year, Vox Media, one of the fastest growing online publishers, had acquired an independent technology-related news, reviews, and analysis website, Re/Code; Singapore-based E27, had raised $650K; Tech In Asia had raised $4 Mn from SB ISAT Fund, Eduardo Saverin, co-founder of Facebook, Walden International, Marvelstone, m&s Partners, Andrew James Solimine, co-founder of Nitrous and others and Buzzfeed had  $200 Mn in a new funding round led by NBCUniversal

Another digital content company, Gigaom was shut down in March this year. Later in May, Knowingly Corp, an Austin-based internet startup had  acquired a portion of the assets of Gigaom and relaunched it in August.

In context of India,  News Corp acquired VC Circle, YourStory grabbed under $5 Mn funding from Kalaari and others.

Let’s have a look into fundings of media platforms: 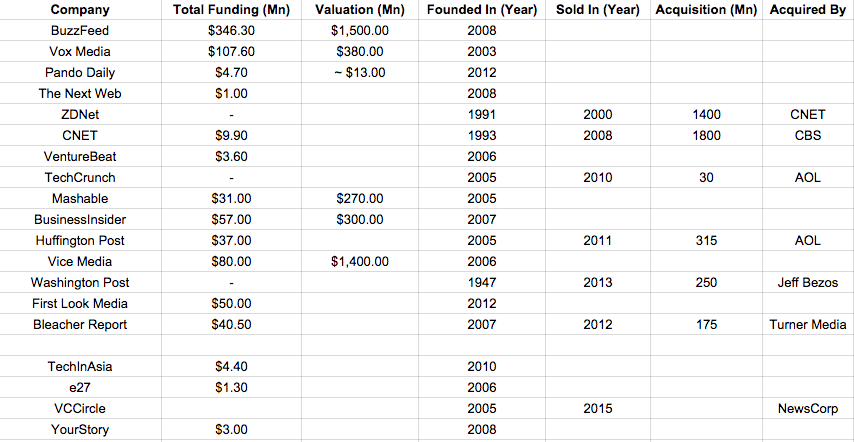