Budget 2020: Govt Moves To Get More Cash Flowing Into MSMEs

Budget 2020: Govt Moves To Get More Cash Flowing Into MSMEs

MSMEs are vital as they keep the wheels of the economy moving, said the finance minister 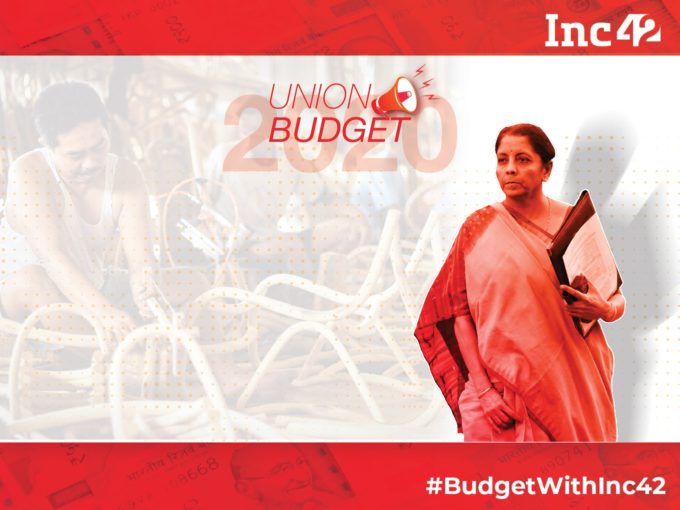 “They [MSMEs] also create jobs, innovate and are risk-takers. Several measures for the MSMEs have been taken in the past few years. There are more steps proposed in this budget,” Sitharaman said.

Sitharaman said that the new invoice platform will reduce the problem of delayed payments and consequential cash flows mismatches for the MSMEs.

Govt Prepares To Get More Cash Flowing Into MSME

Sitharaman also noted that the crunch in working capital credit is one of the major issues for the MSMEs. Therefore, she proposed to make amendments to the Factoring Regulation Act 2011, which will enable non-banking financing companies (NBFCs) to extend invoice financing to the MSMEs.

The government believes that this will enhance the economic and financial sustainability of MSMEs. Besides this, Sitharaman also proposed a new scheme that will provide subordinated debt for entrepreneurs of the MSMEs.

“This subordinate debt to be provided by banks would count as quasi-equity and would be fully guaranteed through the Credit Guarantee Trust for Medium and Small Entrepreneurs (CGTMSE). The corpus of the CGTMSE would accordingly be augmented by the government,” Sitharaman added.

During the union budget speech, Sitharaman mentioned that over five lakh MSMEs have benefited from the restructuring of debt permitted by the Reserve Bank of India (RBI) last year. Looking at the results, the government has suggested RBI extend the permit by another year to March 31, 2021.

Moreover, the government plans to make the MSMEs more competitive with the launch of a National Logistics Policy, which is expected to be released soon. Through this, the finance ministry wants to specify the roles of the union government, state governments and other key regulators.

In the Union Budget 2019, Sitharaman had also announced a policy, which allowed MSMEs to avail INR 1 Cr credit within 59 minutes through a dedicated online portal. Moreover, she proposed to allocate INR 350 Cr for all GST-registered MSMEs on fresh or incremental loans. This was a part of the interest subvention scheme that also provides 2% subvention.

Lending Opportunity In The MSME Industry

Due to the increased penetration of the internet in India, the addressable market for fintech products has also expanded. With a large share in the Indian retail business and a crunch in formal financing, MSMEs has transformed into a viable market for the lending industry as well.

Recently, a Japanese financial services company Credit Saison announced that it is planning to create a loan book of $1 Bn for MSMEs in India. As a part of its initiative, the company has partnered with NBFC Capital Float. Another financing startup Aye Finance raised INR 125 Cr to set up a reserve to fund women-led MSMEs in November 2019.