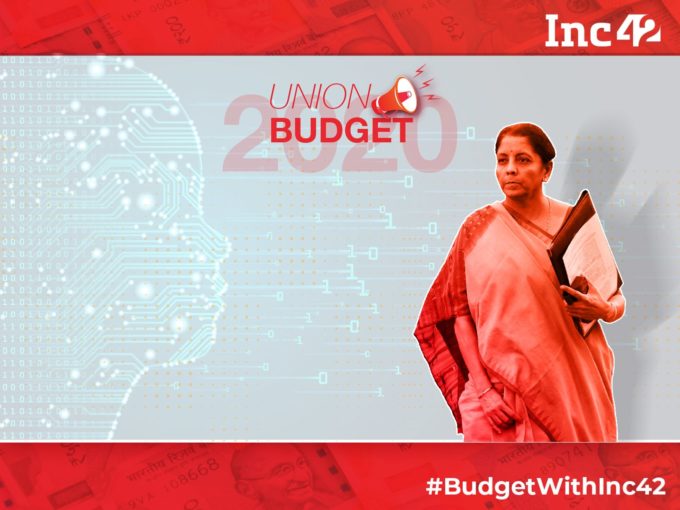 During the budget 2020 speech, she added that the Indian government has harnessed the new age technologies to enable direct benefit transfers and financial inclusion on a “scale never imagined before”. Reiterating Prime Minister Narendra Modi, Sitharaman said that data is the new oil. Looking at the benefits of the new age technology, the finance minister proposed the following steps.

Sitharaman proposed that the Indian government will encourage more private data parks across the country, which will allow firms to skillfully incorporate data in their value chains. Besides this, the finance minister also emphasised on the importance of digital connective.

Currently, India is on phase 2 of the BharatNet mission. It is looking to enable high-speed internet in at least 65,590 village blocks. This is expected to be completed by 2020 after multiple delays.

Realising the importance of knowledge-driven enterprises, Sitharaman said that the creation and protection of intellectual property will play an important role in boosting the economy and in new firm creation. For this, the government is looking to set up a digital platform to facilitate seamless application and register intellectual property rights.

Moreover, the government is also looking to set up an Institute of Excellence to work on the “complexity and innovation” in the field of intellectual property. Besides this, the government will also promote knowledge translation clusters across new and emerging technology sectors.

“For designing, fabrication and validation of proof of concept, and further scaling up Technology Clusters, harbouring such test beds and small scale manufacturing facilities would be established,” Sitharaman added.

Genetic Mapping On The Go

In the budget speech, Sitharaman also introduced two national level science schemes to create a comprehensive database to map the development in the genetic landscape. She believes that genetic mapping is important for next-generation medicine, agriculture and biodiversity management. Besides this, the government is also looking to fund early-stage startups — early life funding and seed funding — to support ideation and development.

Quantum Technology Makes It To The Budget

Sitharaman gave a special mention to quantum technology, saying that India will emerge as the third-biggest and pioneering nation if it is able to break into quantum and other computing technologies.

She also noted that quantum technology is opening new opportunities in computing, communications, cybersecurity with wide-spread applications. “It is expected that lots of commercial applications would emerge from theoretical constructs which are developing in this area,” Sitharaman added. The government plans to provide INR 8,000 crore over a period of five years for the National Mission on Quantum Technologies and Applications.