With the fresh capital, the company plans to scale its testing ecosystem and to build next-generation cloud infrastructure for users

Prior to this round, the browser testing startup had raised $6 Mn from Sequoia's Surge 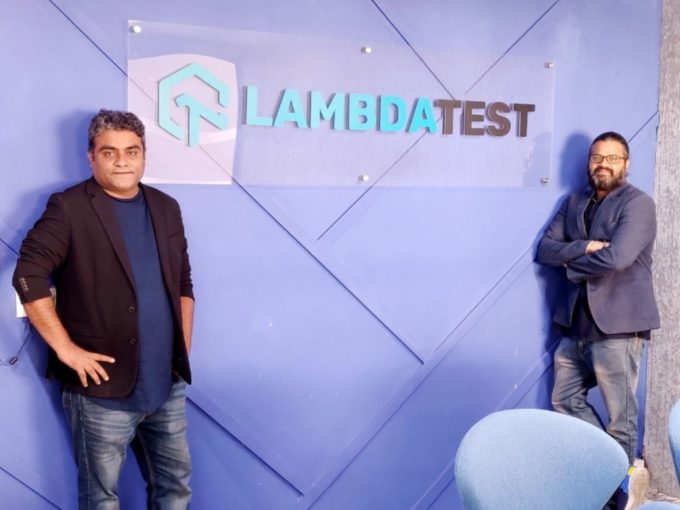 Browser testing startup LambdaTest has raised $16 Mn in Series B funding round. The funding round was led by Sequoia Capital India with Telstra Ventures, and Wamda Capital also participating in the round.

This round of funding comes six months after LambdaTest had raised $6 Mn in a funding round led by Sequoia Capital India’s Surge.

The firm said that the funding will be used to scale its testing ecosystem and to build next-generation cloud infrastructure for users. The company will also look to launch a new suite of products for developers this year, helping them perform testing at scale.

Founded in 2017 by Asad Khan and Jay Singh, LambdaTest allows users to perform live interactive testing of their website or web app on a combination of 2,000+ different browsers and operating systems.

According to the company, it has doubled its revenues and increased customer count by 20%. The company has 150 employees, across its engineering, sales, and customer success teams.

Asad Khan, CEO of LambdaTest said, “We’ve had an exciting period of growth and there is more to come as we expand our platform capabilities and go deeper in global markets. This funding round validates our efforts in building a robust cloud testing platform that is truly resonating with the testing and developer community globally. We pride ourselves in delivering a highly reliable, stable and secure infrastructure for them to achieve success.”

“As every company is becoming a software company and deployment cycles are shrinking, testing is becoming an increasingly important part of the software development cycle,” claims Harshjit Sethi, principal at Sequoia India.

LambdaTest is incorporating user-friendly tools in testing to improve both the efficiency of Indian web development as well as to breed a culture through which Indian applications can attain the global standard in terms of stability and performance. “We put a special emphasis on interface testing since it is the front gate of a website, while also focusing on security, performance and API testing,” explains Mayank Bhola, LambdaTest’s vice president of engineering at LambdaTest.

Its customers include SMEs and Fortune 500 companies such as Xerox, Cisco, Microsoft, Deloitte, Media.net, Coca Cola, Trepp.  The browser testing startup claims to have attracted over 500K developers in 132 countries who have performed more than 20 Mn tests since its launch.

In an earlier conversation with Inc42, Asad Khan had said that the company will be working towards scaling up the platform to grow at 3x to 5x. “We will also add more product lines to help development and testing teams fast-track their efforts,” he said.

Besides LambdaTest, other Indian players in the software testing space include Testmatik, Fleek IT Solutions, BrowserStack and VTest, among others. Globally, companies like Optimizely, Sauce Labs, Kobiton, TestComplete and TestingBot dominate this space. Plus, one sees a slew of new-age tools such as Hotjar, CrazyEgg, Mouseflow and Contentsquare.