Breaking Shackles Of Language: Swalekh Lets You Type In Your Native Language

Breaking Shackles Of Language: Swalekh Lets You Type In Your Native Language 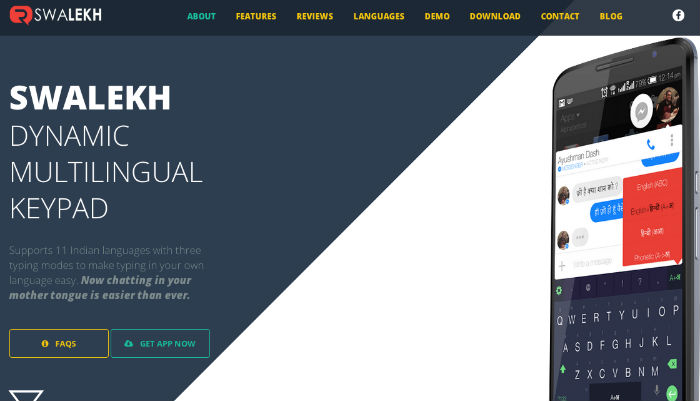 India has been a land of festivals, colours and cultures most importantly. Culture, language and dialect changes here after every square kilometer. Language is the most developed way of communicating ideas humans have ever come up with. After Darwin’s Theory of evolution came technological revolution which outshadowed languages other than English, Hindi, Chinese,  Korean, Japanese,French and others as these are the only available languages on a keyboard.

Indian languages never found their place in modern keyboards but Reverie Language Technologies is willing to change this norm. They have come up with an app “Swalekh”which is a multilingual keypad for 11 Indian Languages which was made available on Google Play Store yesterday. The is be compatible with all Android based devices.

The languages available are Assamese, Bengali, Gujarati, Hindi, Kannada, Malayalam, Marathi, Oriya, Punjabi, Tamil, Telugu and English. This multilingual keypad enables the users to type in a language of their choice.

Arvind Pani, Co-founder and CEO, Reverie Language Technologies, says, “After months of research, Swalekh has been designed and developed keeping non-English users in mind. We pride ourselves in calling it ‘Made in India, Made for India product. At Reverie, we have always aimed to address the local language user experience problem from all angles – be it typing, reading, quality of fonts, content discovery etc.” He added that the idea behind launching Swalekh was to empower local language users to have a delightful experience while interacting in their preferred language in a digital ecosystem which is dominated by English.

How To Use The App

The app can be used in three modes namely native, phonetic and macaronic. In the native mode, users can type using the native language character keyboard. In the phonetic mode, even if users type in English, the text gets converted into their language of choice automatically. Many people write or type out words of their local language in English. These users will find Swalekh’s phonetic mode very helpful. In the macaronic mode, users can communicate in their native language and in English. This mode enables users to write in multiple languages in a single message. 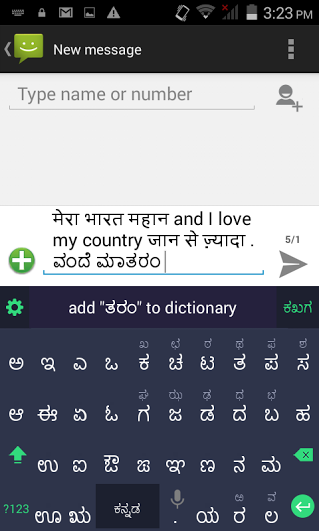 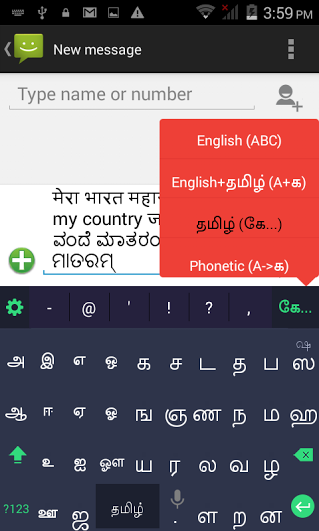 The app also has an advance predictive typing feature that reduces typographic errors to a great extent by preventing typing of words erroneously. Pani further said that he is confident that Swalekh will take the local language user experience up by many notches and it will set a trend among digital users to express themselves in their local language.

The company plans to bring other Indian official languages and several popular dialects into Swalekh’s fold very soon. Currently, there are more than 200 million devices worldwide which are powered by Reverie. The company provides cloud based language solutions to enterprises, app developers, and content developers. The company is also planning to take its product offerings to international markets such as the Middle East and South East Asia over the next 6 months.