Madras HC had appointed an Amicus Curiae to examine the issue

TikTok is expected to be available for download on Google, Apple app stores soon 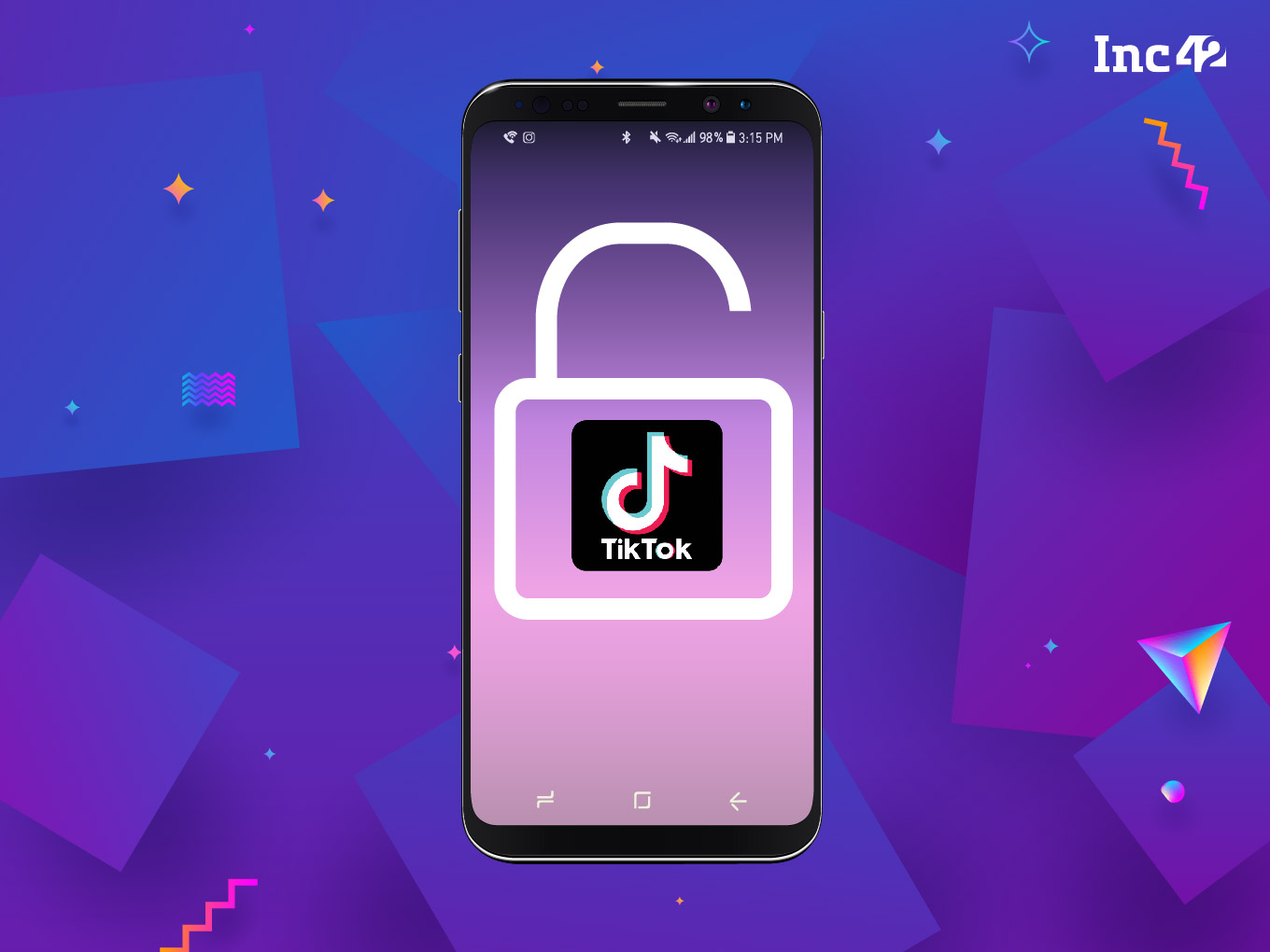 In a court hearing today (April 24), the Madurai Bench of the Madras High Court lifted the ban on ByteDance-owned short video making app TikTok. The bench of Justices N Kirubakaran and SS Sundar vacated the interim order issued on April 18.

The court had appointed Arvind Datar as an amicus curiae (a party unrelated to the case) to examine the implications of the app. Datar argued in the court that banning an application is not the solution.

He further said that TikTok was an intermediary and was protected by the Indian Information Technology Act’s intermediary guidelines.

Amicus Arvind Datar said they cannot have a system where something which is statutorily permissible becomes judicially impermissible. “Banning is not the solution. Rights of legitimate users must be protected,” he added.

TikTok was represented by senior advocate Isaac Mohanlal who explained that the application has an in-built security mechanism, and its machine moderation will not allow uploading of videos with obscene or nude contents.

In an email statement, a TikTok spokesperson told Inc42, “We are glad about this decision and we believe it is also greatly welcomed by our thriving community in India, who use TikTok as a platform to showcase their creativity. We are grateful for the opportunity to continue serving our users better.”

The spokesperson said that the company is pleased that its efforts to fight against misuse of the platform has been recognised, the work is never “done” on its end.

During the case, a petitioner submitted that the Court ban ought to continue since it was a Chinese app, owing to the threats posed by China to India. However, the Court made it clear that it was only concerned about the protection of online users, particularly children, against cybercrime.

The development comes two days after the Supreme Court asked the Madras High Court to make a final decision on its ban on TikTok by April 24. The order passed by a bench comprising Chief Justice of India Ranjan Gogoi and Justices Deepak Gupta and Sanjiv Khanna said that the interim ban on the app was to be lifted if the high court fails to give its decision.

The high court had issued an order on April 4 directing the centre to ban the video app over concerns that it encourages pornography and cyber bullying.

TikTok claims to have more than 54 Mn active users in India and said it was losing INR 4.5 Cr every day due to the ban. TikTok has also been removed from Google and Apple app stores, preventing new users from downloading the app.

TikTok had appealed to the top court last week, arguing that the Madras High Court’s decision to ban the app, and an order issued by the Ministry of Electronics and Information Technology to comply with the order, violated the fundamental right to free speech and expression. The company also said that around 200 people employed to work on the app could stand to lose their jobs.

Meanwhile, TikTok has taken measures to make the app safer for its users. The company said that it has removed over six million videos that violated its community guidelines in the last one year and also introduced an age-gate feature for its new users, which only allows only users aged 13 and above to create an account on TikTok.