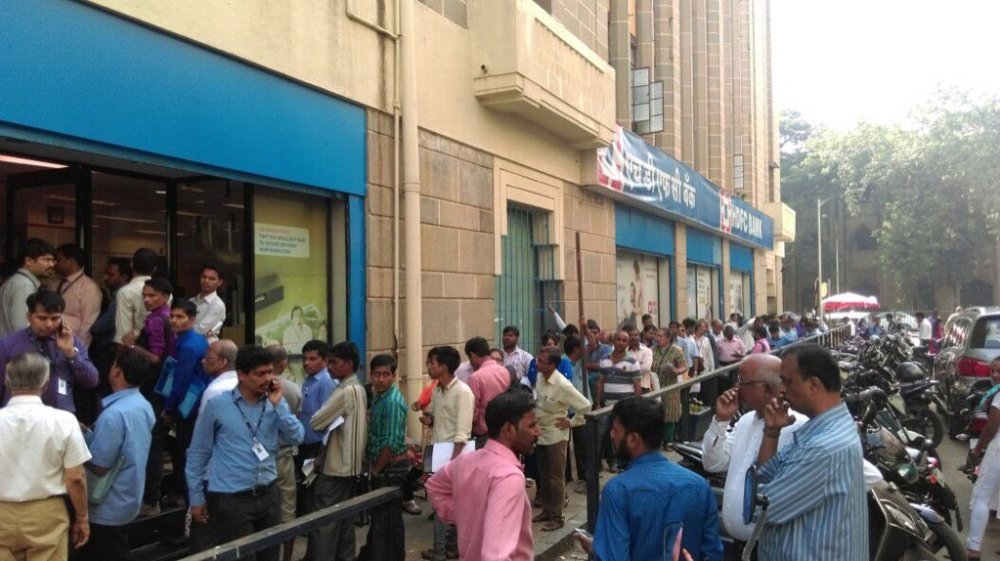 There are always two sides to a coin and demonetisation has proved it again.

Where many are still cursing PM Narendra Modi for this  decision, the same is also driving a series of innovations in the country. After apps like CashNoCash, AtmWale, etc. to find nearest ATMs with Delhi-based BookMyChotu has launched a service to hire helpers to stand in the atm queue on a person’s behalf. 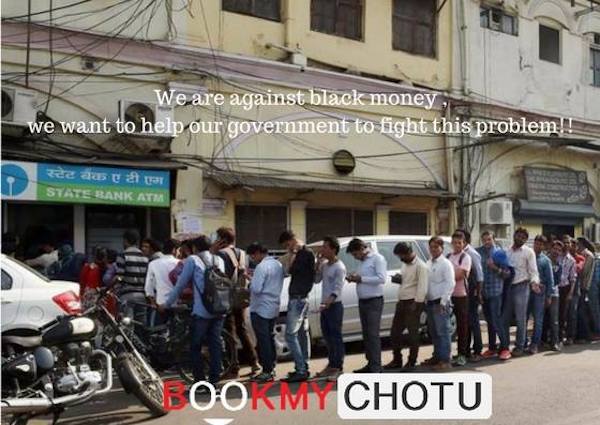 The service was launched five days ago by Satjeet Singh Bedi and Govin Kandhari. One can hire a person on an hourly basis paying INR 90/ hour to stand in the long atm queue and can join in when his turn is about to come.

“Our boys will not go inside the bank. They will just stand in the queue for our customers as we understand that there can be some emergency and our helpers can help you in the same by saving your valuable time,” is as mentioned on the company’s facebook page.

As Satjeet said, “Recently, my mother was admitted in the hospital, and I was short of cash. But I could not leave her as the treatment was under process. So I called one of my company’s boy to stand in the nearest ATM queue for me. This certainly saved much of my time. It was then we realised that we can help others with this service too.”

As told by Satjeet to Inc42, the aim is to help the Government in its initiative to curb black money as well as provide people a convenient way to get cash from the atms. One can opt for the service by going to the website and fill up details such as number of boys required, time, area, etc. The payment for the same was earlier done via cash, but now one can also pay via net-banking. The company will also be integrating with Paytm soon.

The service is garnering a good response as of now. Although, Satjeet declined to share any numbers, but within a short duration only, the startup’s facebook page has grabbed 6,196 likes and series of comments. 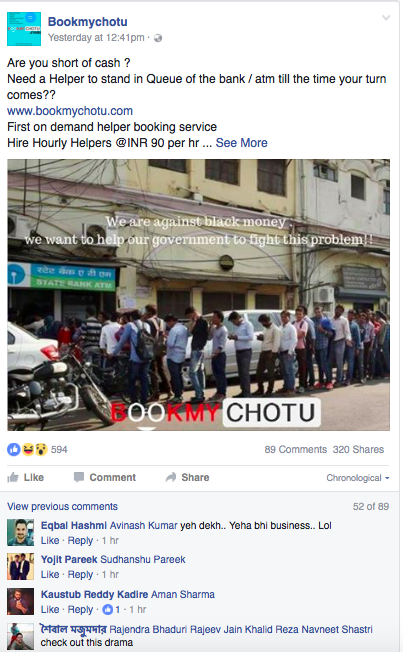 BookMyChotu was initially launched in February 2016 and is a pivot from their earlier startup convenientcart.com – a grocery delivery platform.  The startup provide helpers on an hourly basis for various kinds of services such as dropping elderly people to the hospital, cleaning homes, helping with the party work and more.

The initiative is indeed a noble one, and of course a great business idea to encash the opportunity being created. With an increasing number of people suffering from the queues, and even death, this could be a godsend for them.