Blockchain This Week: Walmart To Use Blockchain To Track Shrimp Exports From India And More

Blockchain This Week: Walmart To Use Blockchain To Track Shrimp Exports From India And More 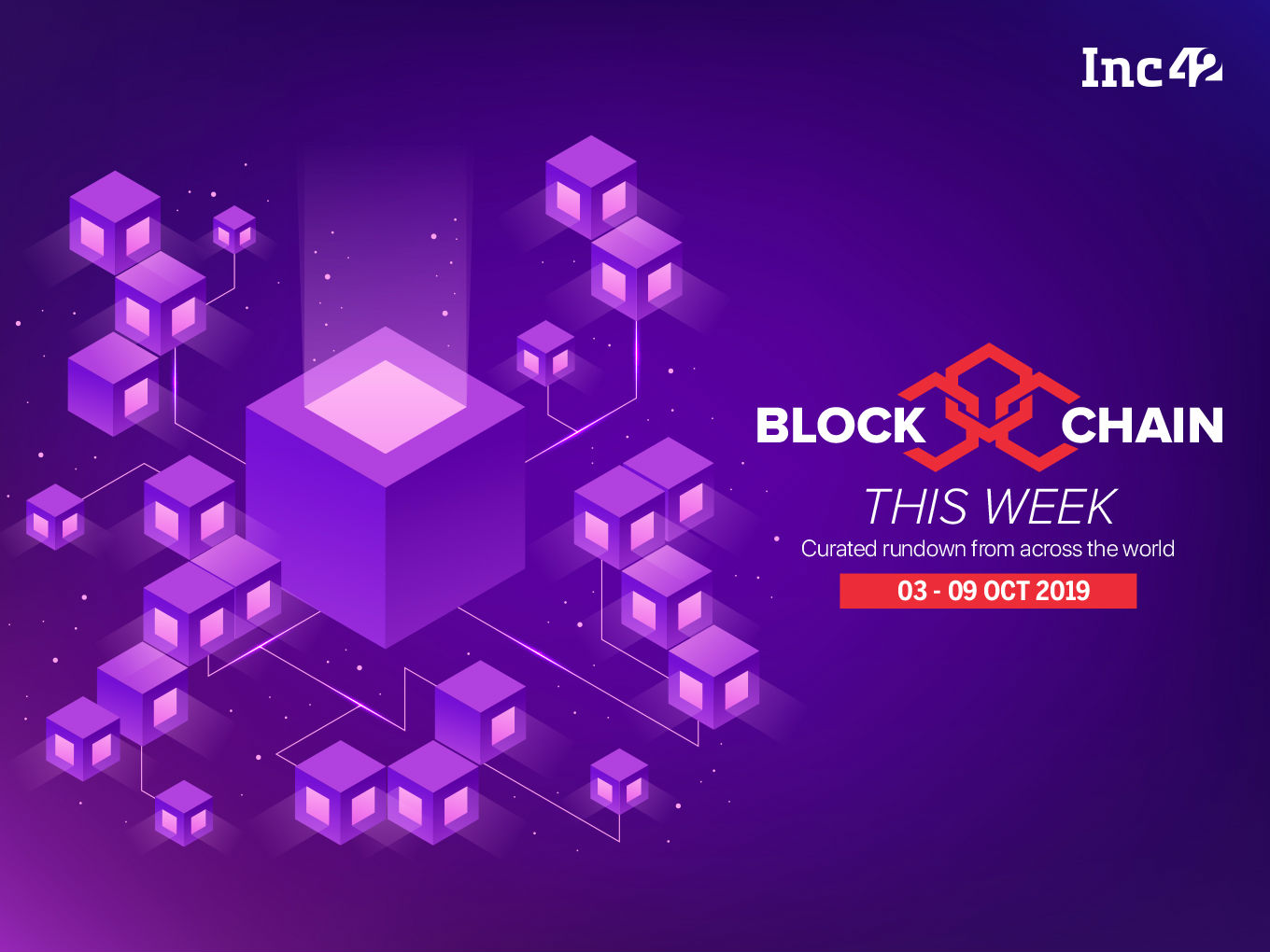 Even as blockchain is being used in India and around the world to improve the authenticity of transactions and goods and to bring transparency to systems and processs, some things are still out of the purview of the revolutionary technology.

“Do we bow to the corrupt system we are trying to escape, or do we do the right thing for our species?”

Living in exile, US presidential candidate for 2020, John McAfee, founder of the McAfee antivirus software, computer programmer and serial entrepreneur has asked stakeholders to take a stand on blockchain technology and its use to bring transparency to government and companies.

Advocating blockchain as a democratic and transparent solution in contrast to the existing ‘corrupt’ system, Mcafee tweeted, “We must make a decision which may change many things. Blockchain technology. Do we bow to the corrupt system we are trying to escape, or do we do the right thing for our species? This technology, which is of the people, MUST BE FOR THE PEOPLE.”

McAfee’s frustration over blockchain could be understood by the fact that despite blockchain being referred to as the biggest innovation since the internet, barring cryptocurrency, blockchain adoption has been rather slow.  McAfee’s statement can also be seen in reference to Libra which is permissioned blockchain and hence shall be controlled by Libra Association. He had earlier made this clear as well,

That said, various industries, as well as governing authorities across the globe, have been continuously working on developing a variety of blockchain solutions.

Let’s take a look at the latest developments pertaining to blockchain!

The multibillion-dollar Indian fisheries industry is set to get streamlined with Walmart launching a blockchain technology for end-to-end traceability of transportation and food safety procedures for shrimp sourced from India. The US-based retail giant has announced a pilot to track shrimp imported from Andhra Pradesh to selected Sam Club’s locations in the US.

“The introduction of blockchain in the shrimp supply chain could help improve the quality of information on the product for compliance purposes and for sharing with consumers, providing added traceability beginning at the farm and extending throughout the transportation process,” the company said.

In addition, Walmart will also be funding smallholder farmers in Andhra Pradesh to gain BAP certification training. It will also support them to gain access to new market opportunities.

For the pilot, Walmart has partnered with Andhra Pradesh-based seafood processor Sandhya Aqua and US-based supplier Stanley Pearlman Enterprises. Walmart has been working with IBM on the use of blockchain technology to enhance global food traceability since 2017, under the IBM Food Trust initiative.

Indian IT tech giant Tech Mahindra has signed a memorandum of understanding (MoU) with Startup Bangladesh to foster the growth of digital startup ecosystem in Bangladesh, by providing guidance and mentoring to the budding entrepreneurs, including those working in blockchain.

As part of PM Sheikh Hasina’s ‘Digital Bangladesh’ programme, Tech Mahindra will mentor startups with a focus on future technologies such as AI, ML, 5G, blockchain, IoT and cybersecurity.

As part of the MoU, Tech Mahindra will extend collaboration opportunities to the innovators of Startup Bangladesh to engage with its research and development arm Makers Lab, which has global footprint including India, US, Europe and Australia.

Tech Mahindra has also announced a partnership with the Abu Dhabi Department of Urban Planning and Municipalities (DPM) to launch a blockchain solution for a land registry using SmartHub application.

The blockchain solution aims to enhance citizen services by increasing transparency and traceability of records, security, and ensuring easy archival of data.

Startup Of The Week: BlockApps Raises Series A Funding

Why In The News

Working with Fortune 500 companies including Bayer, BHP Billiton, John Hancock, and United Airlines, BlockApps has launched networks in the healthcare, energy, agriculture and travel industries. This round of funding will be used to fuel their growth in these sectors, as well as expand to other verticals.

“We have a healthy mix of traditional venture capital players along with some of the best blockchain-focused firms participating. Leveraging their expertise will help us achieve our vision for secure, scalable blockchain business networks and accelerate our mission of restoring trust, reliability and efficiency to online transactions,” – BlockApps CEO, Kieren James Lubin.

The World Economic Forum’s Centre for the “Fourth Industrial Revolution” is scoping a project that would build a governance framework for smart contract interoperability between blockchain systems and non-blockchain systems for India.

According to an article published by the World Economic Forum, “Such a model will allow blockchain projects to scale faster and be production-ready more quickly. Interoperability standards and communication protocols can help solve the problems inherent in many use cases, such as disintermediation and reduction in leakages of welfare transfers, real-time settlement of economic incentives for renewable energy produced and contributed to the grid and even executing Rupee denominated smart contracts by using the UPI payment platform.”

Supply chain financing platform Xpedize has joined MonetaGo’s anti-fraud network to mitigate against potential financial risks like invoice frauds. With this, Xpedize will use MonetaGo’s digital one-way invoice fingerprinting technology that enables higher transparency in all transactions between their suppliers and buyers.

Inaccessible data and lack of information sharing have enabled bad actors to take advantage of the financial ecosystem earlier. However, MonetaGo has been able to eliminate information gaps by working with financial institutions to ensure that they can prevent this lost value and improve their overall balance sheets using blockchain technology, Xpedize counted the primary reason behind joining the network.