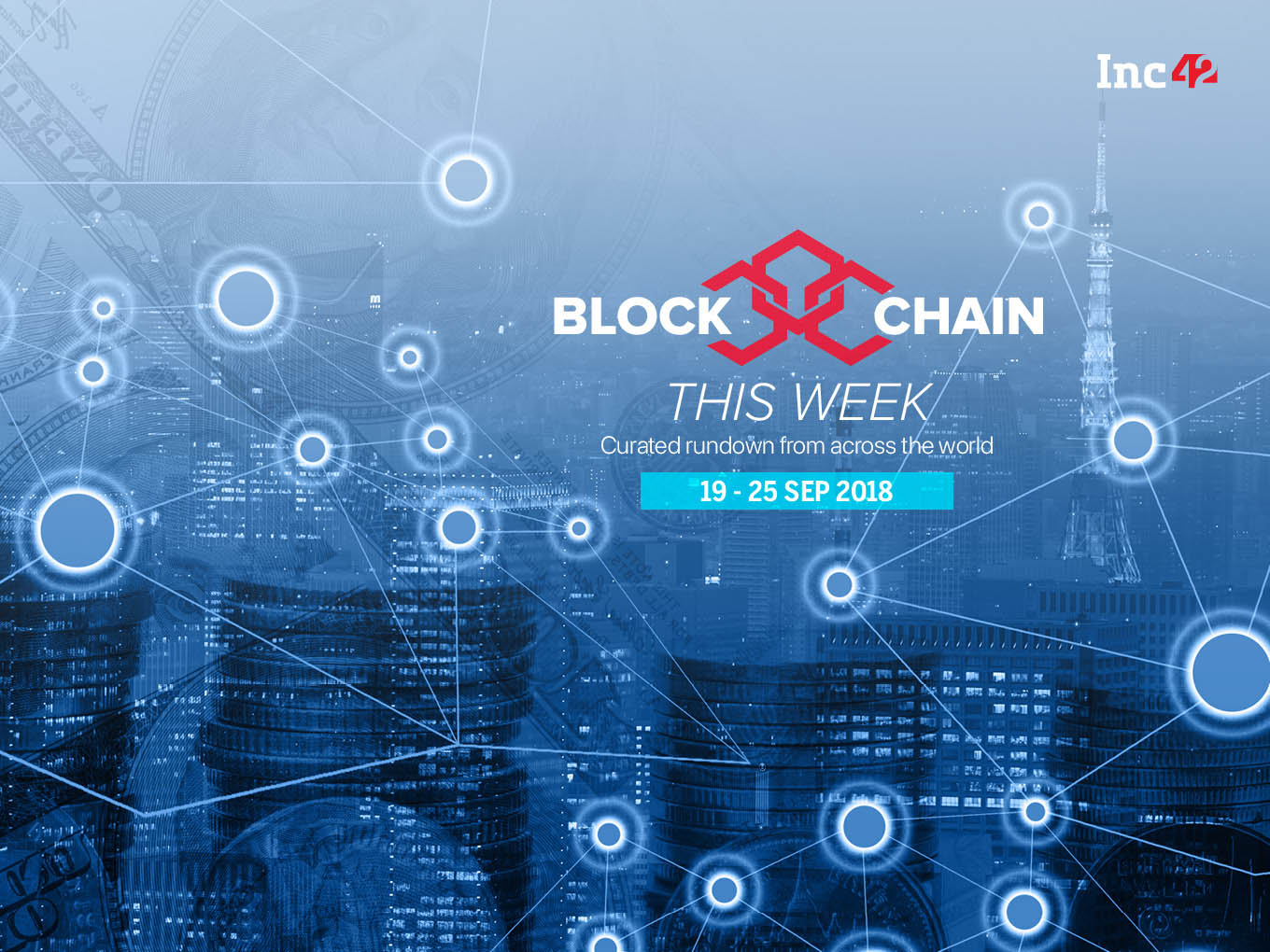 The India government has promised to take all measures to explore the use of blockchain technology, and such was evident in the finance minister Arun Jaitley’s speech while presenting the country’s 2018 Budget. Since then, the government has taken active steps for ushering use of this distributed ledger technology in the country’s digital economy and across sectors.

Taking lead, the policy think-tank Niti Aayog has recently collaborated with Apollo Hospitals and Oracle to use blockchain for complete traceability of drugs from manufacturer to consumers. World Health Organisation says 35% of the fake drugs sold all over the world come from India and it occupies the counterfeit drug market of nearly $550 Mn (INR 4,000 Cr).

According to Oracle India PSB development senior director and head Debapriya Nandan, the problem of fake and counterfeit drugs within the supply chain is a huge problem that costs country’s pharma industry billions and puts the patients at a higher risk.

“This is where blockchain can play the most critical role in the pharmaceutical industry today. It will have all the required entities like the manufacturer, distributors (3PL), pharmacist and patient on a trusted network powered by blockchain,” Nandan said in an interaction with the Financial Express.

On the other hand, Genomics and precision medicine startup Shivom is working with diagnostic partner Genetic Technologies Limited in diabetes pilot to collect, sequence and analyse DNA in India. The process will involve collecting saliva samples of the patients from which DNA will be extracted, analysed and secured on Shivom’s blockchain-based genomics datahub. The pilot involves thousands of patients and will start in the south-eastern state of Andhra Pradesh.

West Bengal government has recently released a manual on the use case of blockchain-based crowdsourcing solutions for Vivek Tirtha, a social sciences project at New Town in Rajarhat being carried out by the Ramakrishna Mission.

According to UNI report, the manual has been developed by the state information technology and electronics (IT&E) department.

State IT&E additional chief secretary Debashis Sen said the state government has partnered with Indian Statistical Institute for setting up a facility on blockchain at New Town, according to Millenium Post. The state government will be organising a Blockchain Congress event in December this year.

Mumbai-based blockchain startup Elemential Labs has announced to have joined Hyperledger — an open source collaborative effort that aims to build an ecosystem where members and non-members can collectively maintain open, cross-industry, code bases, and frameworks built upon blockchain technologies. The platform hosted by Linux Foundation has more than 250 members worldwide.

“Hyperledger has recognised that in order for blockchain to get mainstream adoption in the enterprise world, it has to separate itself from permissionless ledgers like Bitcoin and Ethereum. Distributed systems require trust between parties to succeed,” Elemential Labs CEO Raunaq Vaisoha was quoted in a media statement as saying.

According to NIIT travel and transportation transformation leader Anil Batra, Chain-m is a first-of-its-kind solution which uses blockchain technology solution to solve real and widespread challenges for the airline industry.

“Leveraging our domain expertise, together with the differentiated capabilities that we have been building in the emerging technologies space, is helping us drive real business impact for our clients,” Batra said.

JPMorgan Signs Up With 75 Banks To Test Blockchain-Based IIN

A blockchain-based payment project led by JPMorgan has now signed up 75 banks to test the Interbank Information Network (IIN), a shared ledger for cross-border payments that allows banks to quickly and easily add or correct information necessary for payments sent between banks.

The Financial Times reported that lenders including Santander and Societe Generale are testing the IIN. JPMorgan built the information sharing programme on its own proprietary blockchain platform, Quorom, and has been testing it with a handful of lenders since October 2017. It competes with legacy platforms such as SWIFT and new startups like Ripple.

Business Insider earlier quoted JPMorgan’s CFO Marianne Lake saying, “One of the most costly and time-consuming elements of executing cross-border payments today is in correspondent banks having to research and respond to compliance inquiries of each other. Today, payments that are flagged for compliance reasons can be delayed for up to two weeks, but this technology can reduce that to minutes.”

NEO Global Capital (NGC), an investment vehicle of China’s blockchain platform NEO, has sealed a strategic investment partnership with Korea-based music blockchain project Muzika. The investment will assist in Muzika’s project hatching and provide resource integration from both parties, China Money Network cited the company as saying in a statement.

Muzika currently has an existing user base of two million across 150 nations. The company has attracted investments from crypto and blockchain groups including T3 Ventures, Everest Ventures Group and 256 Ventures.

NEO currently has two funds under management — NGC Fund I and NEO Eco Fund. It has invested in several blockchain-related projects, including Zilliqa, Trinity and decentralised Internet of Things (IoT) platform RuffChain.

“Tamedia has successfully held its ground throughout the digital transformation and with this investment, the company shows confidence in Lykke’s vision. Our collaboration with Tamedia will allow us to successfully move our business forward,” Olsen said in a media statement.

Tamedia technology and ventures head Samuel Hüglihas has joined Lykke as a member of its board. He said, “This cooperation could also lead to the development of innovative offerings for our customers, such as new payment services for Tamedia products.”

Walmart is among several other retailers such as Nestle SA, Nestle, Unilever Plc, Tyson Foods Inc, and other large food and retail companies trying to tap blockchain to track food supply chain and improve safety.

[Stay tuned for the next edition of Blockchain This Week!]