Blockchain This Week: US-Based Blockfi Expands To India And More

Blockchain This Week: US-Based Blockfi Expands To India And More

Blockchain company Cybervein hosted a hackathon in Bengaluru this week 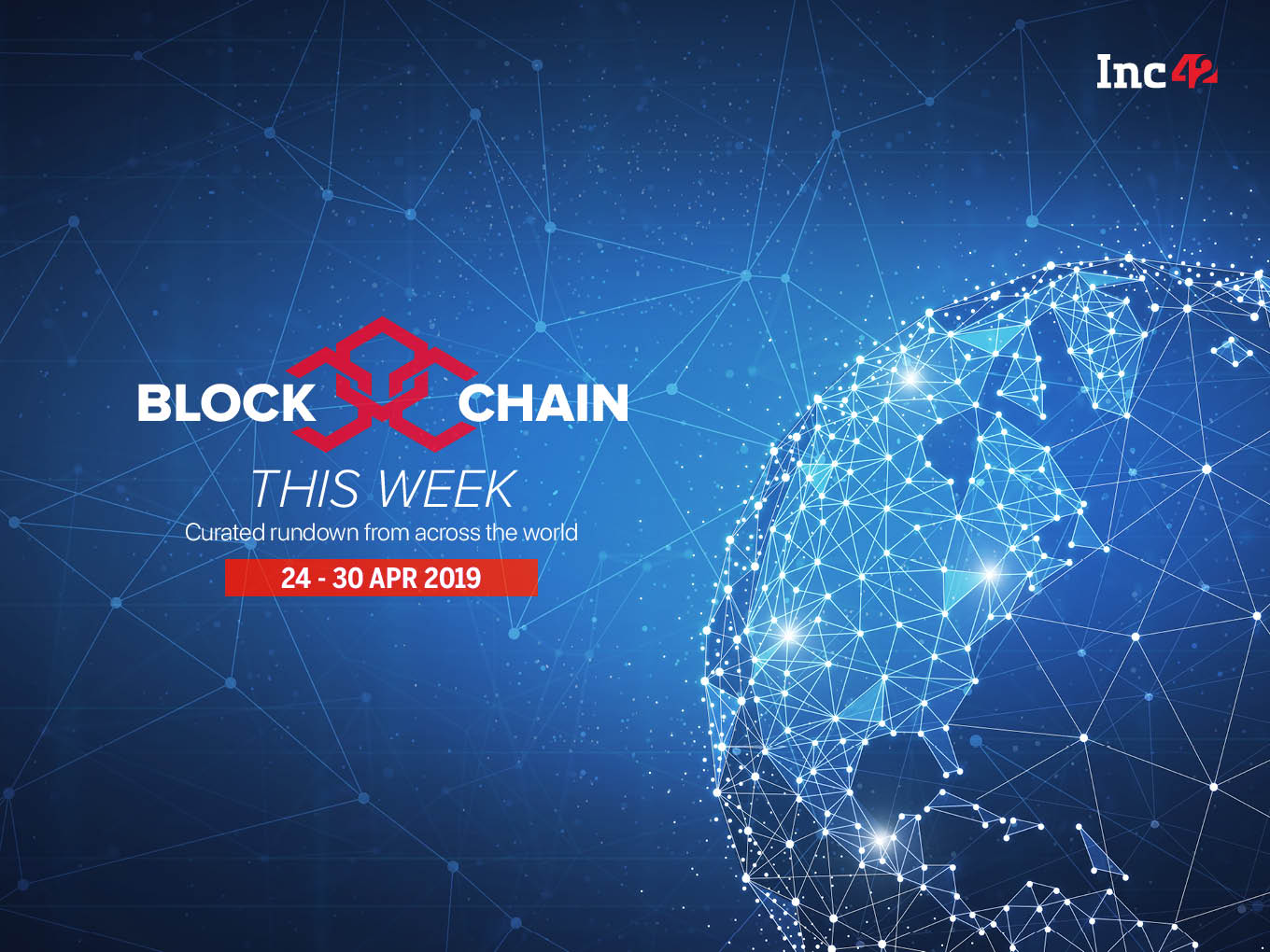 Experts from India and UK are now exploring smart tech solutions for the development of the Indian agricultural sector. According to experts, harnessing smartphone technology can help the farmers make better business decisions and solve issues related to sustainability.

According to the report, enhanced IoT and blockchain applications proposed by the research team can bring substantial benefits to the farmers who need it the most.

As India continues to explore ways to leverage blockchain, job openings in the field have also been on the rise. A study by jobs portal Indeed has shown that India has recorded a high number of vacancies in for blockchain and cryptocurrency development.

The report also added that the highest rise in jobs has been recorded in Bengaluru, Pune, Hyderabad, Gurugram, Chennai, and Noida. The rate of blockchain job vacancies is growing just as fast as those in artificial intelligence.

With so many more opportunities in India, there’s a lot happening in the country in relation to blockchain developments.

Hyderabad-based blockchain protocol Eleven01 has now joined hands with South Korea-headquartered Hdac Technology which works towards improving the implementation and potential of blockchain technology. As a part of this alliance, both companies will explore incubation, investment, and development opportunities in blockchain and related areas. “We will utilise this partnership to increase the blockchain-related knowledge sharing in the Indian market.,” said CEO of Eleven01, Ausaf Ahmad. In addition, the company will offer assistance to Hdac in identifying startups offering intelligent blockchain-based solutions in India.

US-based cryptocurrency startup Blockfi has now expanded its services to India. According to the company, all of its products will be available to retail customers and institutions in India. With this development, its flagship Blockfi Interest Account (BIA) for bitcoin and Ethereum is now available in 65 countries. The startup generates interest on the assets held in BIA by re-lending them to institutional and corporate borrowers. Commenting on this move, the company claimed to have recorded a huge amount of demand from India over the last month.

China-based blockchain company Cybervein hosted a hackathon in Bengaluru from February 18 to April 28. The event focused on different aspects such as social initiatives, data management, identity management and smart wallets. According to the company, it received 1,670 registrations across India and about 151 teams submitted ideas to solve the given problems. Out of the total, 10 teams attended the hackathon in Bengaluru. Multiple prototype presentations were showcased which provided unique solutions.

Hyderabad-based blockchain protocol Eleven01 has been designed to be a protocol for mass adoption. It claims to employ homomorphic encryption, customisable consensus, and oracle models and has also forged partnerships across the world. This system allows developers from around the world with an easy-to-use protocol to build a plethora of dApps across various industry verticals.

HTC To Launch Its Second Blockchain Phone This Year

Taiwan-based mobile phone manufacturer HTC is planning to launch another blockchain phone before the end of this year. The plans were revealed by Phil Chen, HTC‘s decentralised chief officer while speaking at an investment forum event held in Taipei on April 26. This phone would be the second one of its kind as the company had introduced its first blockchain phone named Exodus 1, last year. The phone came with an in-built cryptocurrency wallet and hardware designed to support decentralised applications.

Ethereum development framework provider Truffle Blockchain Group which had been spun off from ConsenSys, has raised $3Mn with an aim to focus on enterprise-grade solutions. ConsenSys was the sole investor in this round and as a part of this deal, ConsenSys founder Joe Lubin will join the company as a board member. Truffle also added that it will also integrate with Goldman Sachs’s proprietary blockchain AxCore and JPMorgan-backed Axoni,

According to data released by IDC, companies in the Asia Pacific region are expected to spend nearly $523.8 Mn on blockchain solutions this year, an increase of 83.9% from the $284.8 Mn spent last year. The report also added that blockchain spending in APEJ (Asia Pacific Excluding Japan) is expected to grow CAGR) of 77.5% during the 2018-2022 forecast and reach total spending of $2.4 Bn by 2022.

Hong Kong-headquartered blockchain focused venture capital company CMCC Global has now partnered with US-based blockchain consulting company Certus One to launch as a new validator on Bangkok-based PaaS (Platform as a Service) company LOOM Network. The validator named Certus One | CMCC Global is now live and accepting external delegation. It will be responsible for verifying transactions and security of the LOOM network, and form the main piece in the infrastructure for the platform which offers scalable decentralised applications deployed on ethereum, EOS and tron.