The global blockchain energy market is anticipated to reach $6.29 Bn by 2024

Lamborghini to offer blockchain-powered car authentication for its vintage cars 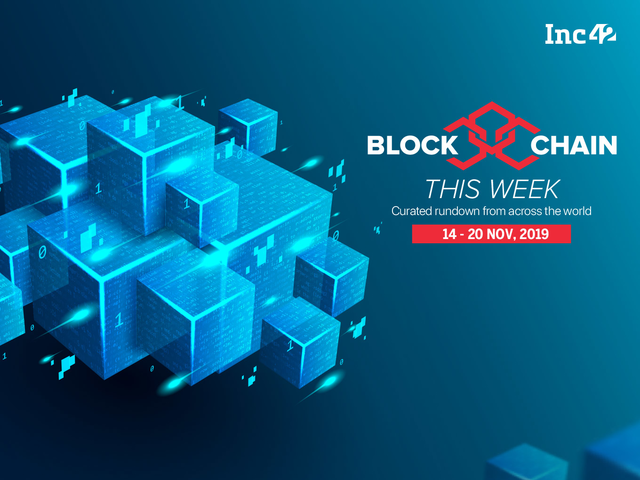 In the past few decades, the blockchain technology has evolved into one of the most promising tools for speed, security, transparency and decentralisation. A lot of industries from banking and finance to healthcare, agriculture, education, and real estate among other sectors has started adapting to this so-called disruptive technology. Additionally, governments such as the Telangana state government and Kerala are also using blockchain for smart contracts, verifiying records and for proving authenticity of documents and people.

Moreover, the growth is said to be fueled by the increasing integration of renewable energy sources, combined with increasing demand for decentralised power generation. In other words, blockchain technology can be used to create an energy exchange platform which enables secure peer-to-peer (P2P) trading of power within communities, thereby bringing in efficiency and sustainability into the energy distribution. Most importantly, this technology has the potential to minimize power losses, theft and meet the energy supply-demand, seamlessly.

Meanwhile, in India, the ministry of human resource development’s initiative called SWAYAM (study webs of active learning for young aspiring minds) has recently added a crypto and blockchain course. Interestingly, for Indian citizens the course is free. The course is called ‘Introduction to Blockchain Technology and Applications,’ and is starting from February 24, 2020, for 8 weeks, where the course will be taught by Indian Institute of Technology (IIT) Kanpur professor Sandeep Shukla.

Telangana is one of the pioneers when it comes to promoting blockchain in India. It has to be noted that, while the blockchain technology is still in the infancy stage in the country, the state of Telangana is already implementing it in various ways. Recently, at the inaugural function of global blockchain standards conference at MCR HRD Insitute,  the government of Telangana on Monday (November 18) announced that it will focus on vehicle life-cycle management and to deal with counterfeits in drugs and medicines.

Jayesh Ranjan, the IT principal secretary of the government of Telangana asserted that about 92% of the blockchain-based products are still in the proof of concept stage and only 8% of the products are being deployed. Interestingly, Telangana is among the top states using blockchain in registration, education, small loans and B2B energy trading. In terms of blockchain projects, the state stands in the fourth position.

No More Fake Report Cards, Thanks To Blockchain

In an attempt to fight fraudulent academic certificates, the Indian state of Telangana is adopting blockchain technology for academic certificates from Jawaharlal Nehru Technology University Hyderabad (JNTUH). The decision came to light after the US embassy reached out to the government officials regarding the growing number of visa applications with fake certificates. The project is expected to be operational next month, where the blockchain-based system will be initially rolled out for software-engineering graduates at JNTUH.

A new report on Monday (November 18) stated that the Idea leads the mobile ad fraud in Asia with a rate of 62% as marketers are spending nearly 20% of their advertising budget on ad fraud. It’s quite clear that the industry lacks transparency. Blockchain can solve the problem here by bringing transparency in the mobile marketing ecosystem.

Nestle, Carrefour To Use Blockchain For Infant Nutrition Range

One of the world’s largest food and beverage company Nestle recently announced a partnership with France-based supermarket giant Carrefour to build a blockchain platform that focuses on infant nutrition products to improve customer buying experience in terms of transparency and product quality.

The duo, Nestle and Carrefour are members of the IBM Food Trust Platform and have already worked together on blockchain in France where they have used the technology on other products as well. Earlier this year, Nestle entered into a partnership with a blockchain company called, OpenSC to help bring greater provenance to the supply chain. It is the first food company in the world to pilot open blockchain technology and instigating transparency. The initial pilot included tracing milk from farms and producers in New Zealand to the company’s factories and warehouses in the Middle East region.

The cosmetics logistics lacks transparency and visibility into operations of all the stakeholders involved in the ecosystem. The raw material ‘mica,’ which is used in the manufacturing of cosmetics products is sourced from India, which is one of the largest producers of mica worldwide. Approximately, 25% of the global mica production comes from states of Bihar and Jharkhand.

Sadly, the sourcing of mica from these states involves forced child labour. Every month, around 10 to 20 kids die in collapsed mica tunnels, as reported by The Bachpan Bachao Andolan (BBA), an organization that fights against child labour. Terre des Hommes and SOMO also estimated that nearly 20K children work in the mica mines, and 90% of such businesses are run illegally without a licence from the government. And it is here that the blockchain technology is said to save these children’s life. This is said to bring in transparency into the entire supply chain management, where the stakeholder gets the visibility into operations, where everything is tracked and transparent.

An American cloud-based software company Salesforce announced that it has partnered with Italian car brand Automobili Lamborghini to offer blockchain-powered car authentication for its vintage cars.

Previously, the company used to piece together the entire history of each car to ensure the authenticity of its luxury vehicles is in place, a lengthy procedure both expensive for Lamborghini and frustrating for the clients. To put an end to this, the company decided to leverage in technology, particularly blockchain as it brings in trust and transparency into the entire process.

Adam Caplan, SVP of emerging technology at Salesforce said that the company is excited to partner with an iconic brand such as Lamborghini, which is keen on innovating and transforming the vintage car market with cutting-edge technology like blockchain.