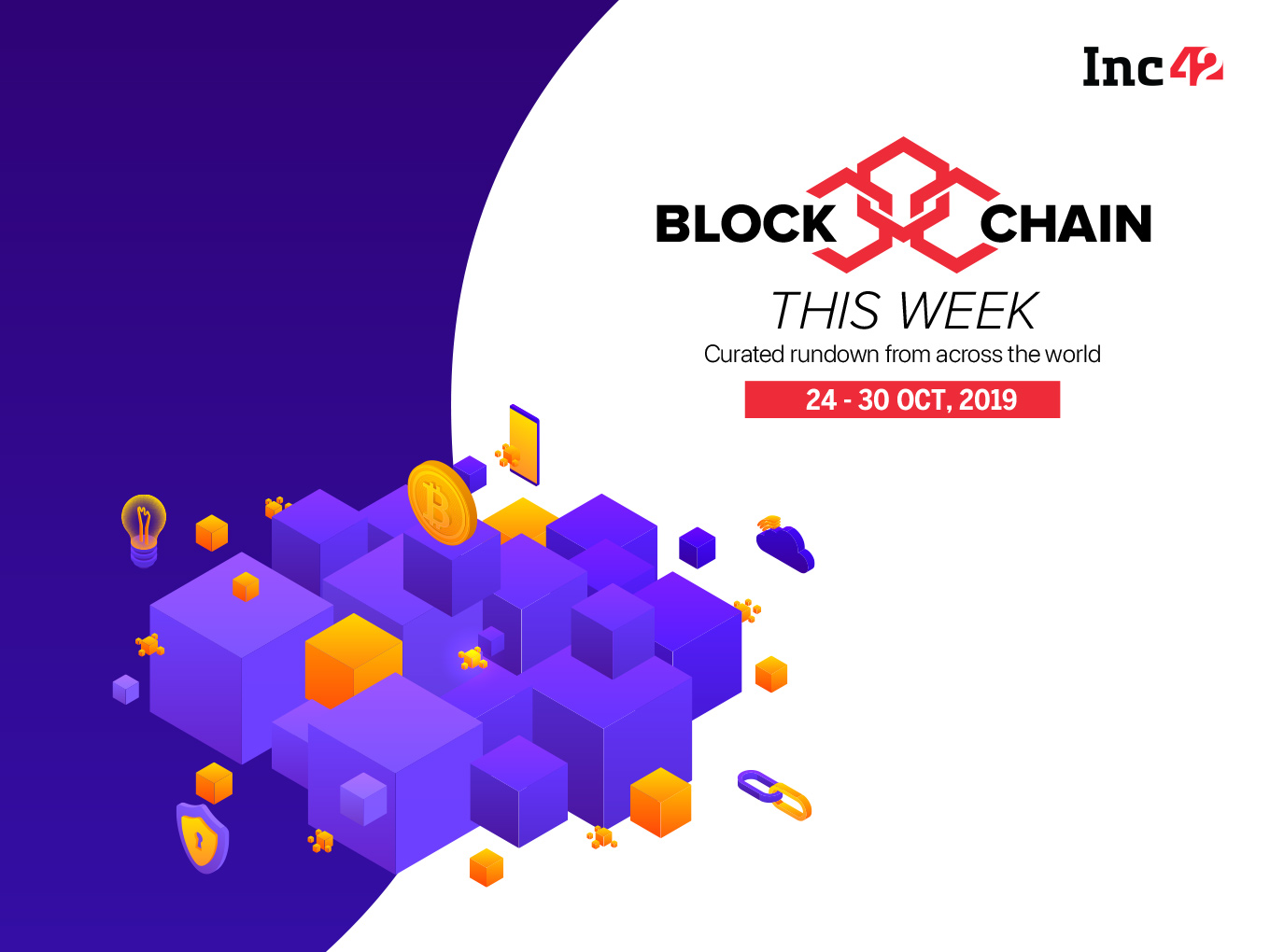 Tata Steel and six other mining, metals companies partners on sourcing with WEF

From India’s banking sector, Tata group companies — TCS, Tata Motors and now Tata Steel — to Tea Board of India, blockchain is slowly but surely making its way to the world’s most diverse country market. It is no surprise when Mazars found India and China lead the world market in blockchain.

More efforts should be made to strengthen basic research and boost innovation capacity to help China gain an edge in theories, innovation and industries of the emerging field – Xi Jinping, Chinese President

Not to mention, soon after Bitcoin surged by 26%. The state media, however, cautioned investors to be cautious about blockchain.

Let’s take a look at this week’s block of news!

The Tea Board India has announced plans to use blockchain to implement complete traceability of tea produced and supplied in the country. The board wants to track the tea production starting from the plantation stage to the time a buyer buys it.

The Tea Board has put forward an expression of interest (EOI) inviting companies to bid for designing, developing and commissioning end-to-end technology to ensure traceability of the entire value chain of the tea trade.

Startup of The Week: Param Network

Founded in Q4 2017 by serial entrepreneur Vaideeswaran Sethuraman, PARAM Network offers a blockchain-based e-invoicing solution. Having already completed a slew of pilot projects with some large companies, the company is now entering into contracts with these companies.

According to Sethuraman, the transactions on PARAM are well-structured on-chain for querying for any kind of data. Every single node on the network has got two databases — a public database and a private database. The public database shares only a hash and it’s the private database which contains the invoice. The hash is circulated across the nodes for everyone to witness the transaction; however, the invoice transfer occurs only peer-to-peer. For the private database exchange, thus, a separate connection is created, based on the Secure Token Transfer Protocol (STTP).

Sethuraman contends that PARAM’s solution takes care of a range of transactions that happen pre and post-payment. Businesses and vendors can do transactions with many players simultaneously. The company has also created a free wallet for end consumers.

On the platform, students receive a blockchain education account where they store their academic credentials, transcripts, letters of recommendation and English proficiency test scores.

According to the company, Libereka also gives students preparatory materials including a personalised dashboard to recommend degrees and programs based on their profile and goals. They can also access free online courses to prepare for university.

Commenting on the platform, Soumik Ganguly, CEO of Education Index stated that this will make recruiting students simpler, cheaper and more efficient, freeing up time for universities to focus on what matters: securing the best and brightest students.

Tata Steel and six other leading mining and metals companies have partnered with the World Economic Forum to experiment, design and deploy blockchain solutions that will accelerate responsible sourcing and sustainability practices preferably for carbon footprints tracking and supply chain transparency.

The Mining and Metals Blockchain Initiative will pool resources and cost, increase speed-to-market and improve industry-wide trust. The group will look to develop joint proofs-of-concept for an inclusive blockchain platform.

“We believe enhanced collaboration across the industry to facilitate collective action, leveraging technology to reduce emissions, and conserving the environment is imperative and critical in our journey towards attaining a carbon-neutral future,” said T.V. Narendran, CEO of Tata Steel

Despite having distanced itself from Zuckerberg’s grand blockchain plan — Libra — US payments major Mastercard continues to pursue blockchain projects separately in collaboration with others.

The company has now announced collaboration with Envisible, a company that enables supply-chain visibility in food systems to bring more visibility to food that people eat every day. As per the collaboration, Envisible’s Wholechain traceability system will be powered by Mastercard’s blockchain-based Provenance Solution and used by Topco Associates, LLC, a US food cooperative, to help its member-owners’ supermarkets trace and highlight the origin of seafood.