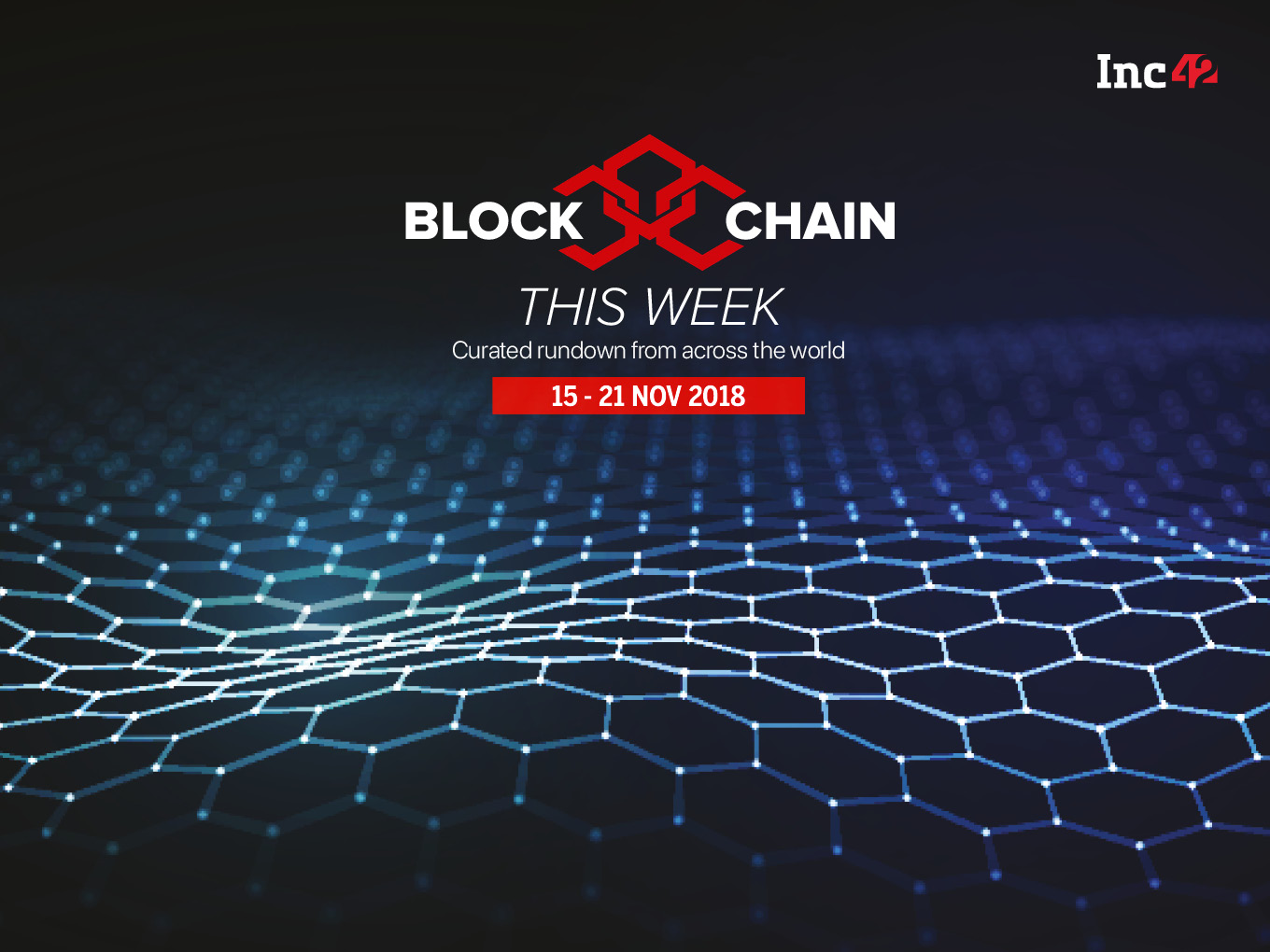 The prime minister’s lighthearted dig at the Singapore Fintech Festival last week was aimed at startup circles and its fondness for buzz words. However, the comment underlined the rising popularity of blockchain as one of the hottest new technologies that every one wants to be part of but few really understand.

Blockchain adoption in India is still at a nascent stage. But there is a lot of interest and work for proof of concept (PoC) in motion, both in government departments as well as private sectors. According to a recent study by UK consulting firm Dappros, India had 19,627 blockchain developers, as of October 2018, second only to US.

With the government’s continued support towards experimentation with blockchain technology across sectors, the technology is now not only being used by banks, regulators and consumers but also for social missions like health, education and microfinance, Modi said.

With that lets take a look at interesting developments in the Blockchain Ecosystem this week.  [November 14 – 20]

Blockchain Experts From Around The World To Meetup In Thiruvananthapuram

A consortium of Indian banks and global payments platform SWIFT and the US fintech company MonetaGoIn have started a pilot project to launch a blockchain platform that checks and prevents fraudulent activities, and ensures transparency and security, in the real-time banking transactions.

If the collaborative project is integrated into the core banking system, it can prevent frauds such as the one allegedly perpetrated by Nirav Modi, experts say.

“SWIFT India is committed to provide significant value to the Indian financial community through digitisation of trade. MonetaGo’s expertise in providing fraud mitigation solutions to avoid double-financing and check the authenticity of e-way Bill gave us the confidence to partner with them,” Business Standard cited SWIFT India CEO Kiran Shetty as saying.

Retail banking company BNP Paribas India and HSBC Singapore have successfully completed a letter of credit (LC) transaction using blockchain. According to CFO Innovation, Rio Tinto was selling a bulk shipment of iron ore originating from Australia to China to Cargill. The transaction involved BNP Paribas issuing an LC over blockchain on behalf of Cargill to HSBC Singapore, which was representing Rio Tinto.

Global tech giant IBM has partnered with Columbia University to launch two accelerator programs for startups and entrepreneurs, aimed at helping them build and blockchain innovations and scale company’s growth cycle. It is now accepting applications for both programmes.

The eight-week accelerator programmes for startups, of both later-stage and early-stage, can gain knowledge like best practices for building a blockchain network, understanding technical aspects in detail, and more of such academic practices, during the sessions by IBM and Columbia. It has announced to on-board 10 startups each for both programmes.

ABI Research in a statement said: