Kerala government is running blockchain projects in land records, managing workforce and others 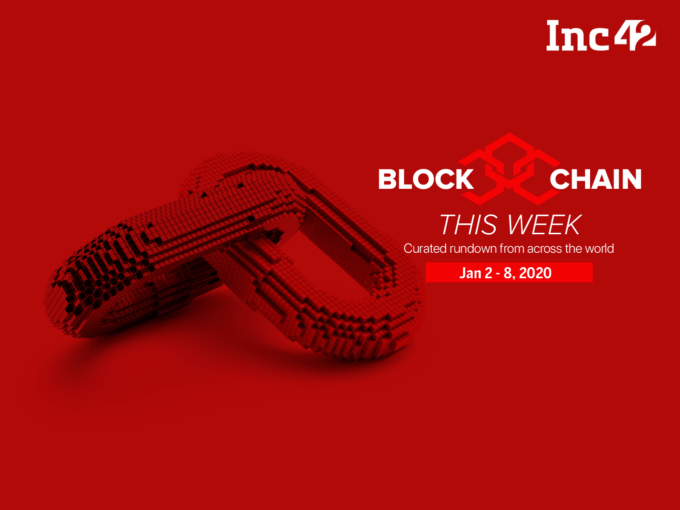 From payments to governance to delivery of financial services, blockchain is transforming key sectors in ways not imagined half a decade earlier. Just as Indian state governments such as Kerala, Telangana, Andhra Pradesh and Uttar Pradesh have announced plans to harness blockchain for delivery of government services and efficiencies, the technology is being used massively by entrepreneurs and business innovators

So much so that blockchain has penetrated every sector, including finance, energy, governance, supply chain, media and entertainment among others. The healthcare industry also has seen several use cases of blockchain, right from digital identity and records management to privacy applications as well as trial monitoring, pharma manufacturing, authenticity tracking for prosthetics and drugs and more.

According to a new MarketsandMarkets report, the blockchain technology in the healthcare market is expected to reach $829 Mn by 2023. Over a six-year period, the healthcare blockchain application market is expected to grow by nearly 30x as private and public uses expand. Will the Indian healthcare system also move towards a blockchain future? More will become clear in the next decade as the healthtech market matures, but for now, much of the efforts and resources are being dedicated in research and exploration, as seen below.

The Venture Scanner highlighted the funding activity in the blockchain technology across various categories. The $11.9 Bn investment is spent only on innovation and experiment/pilot stage of the technology, followed by exchanges and trading platform at $2.5 Bn and financial services at $2.1 Bn.

Here are the biggest blockchain-related headlines from the domestic market.

After Telangana, Kerala government is planning to leverage blockchain in the financial sector and human resources. In the next five years, the state plans to make its financial system more efficient and implement pilot government schemes by creating a talent pool of professionals in the area of blockchain. In 2017, the state had set up Kerala Blockchain Academy, which aimed at training 20K people in blockchain development over a span of two years.

In addition to this, the Kerala government in an ET report said that it is also looking at implementing blockchain-enabled pilot schemes in land records, managing workforce, immunisation programmes and organic food traceability among others.

The National Payment Corporation of India (NPCI) has launched a blockchain-based payments platform called Vajra. According to NPCI, the platform can be accessed by various payment companies for providing secured transactions on their online platforms or mobile applications to secure payments. Ensuring easy incorporation of Vajra in payments systems by banks, NPCI will provide an application programming interface (API).

The platform will be based on the Distributed Ledger Technology (DLT), which has been designed for automating payment clearing and settlement processes of NPCI products such as unified payments interface (UPI) and Rupay. More than anything, the Vajra platform will enhance data security and transparency, facilitate real-time transactions and reduce reconciliation challenges and processing errors. It uses a private encrypted blockchain network with three distinct node types — participant node (for banks and payment providers), a clearinghouse node (NPCI admin to maintain the network) and a notary node (validation of transaction based on Aadhaar).

Blockchain Around The World

According to Ant Financial, this will be the first open alliance chain to share platform use rights which enables small and medium enterprises (SMEs) and developers to enter the blockchain industry at a low cost to develop and launch their own applications. Once rolled out, this is said to boost the commercialisation of blockchain applications to the next level across the globe.

Vietnam-based blockchain venture builder RedFOX Labs recently announced that it will be launching its first non-fungible token (NFT) blockchain game this year. This will be the first NFT blockchain to have the entire game logic on-chain. “This feat wouldn’t be possible on other blockchains, so this is as much a Proof of technology as it is a game release,” said in RedFox in its twitter post. The game has collectable pieces that can be stored, traded and used for gameplay. Once ready for testing, it will be integrated with actual games.

California-based StrainSecure a platform that is developed by TruTrace is the world’s first blockchain-secured platform for tracking product from seed-to-sale. This has got the attention of the US medical cannabis companies rushing to sign up on its platform. The StrainSecure platform provides testing, DNA-based validation and product guarantees for patients and customers.

The blockchain-powered platform enables cannabis producers to foster enhanced trust among customers in an industry famous for unreliable supply chains. During the pilot test of the platform, major players like WeedMD and Harvest One Cannabis took part in the programme. The results have been phenomenal, where WeedMD put 40 of its strains through validation, the report added.