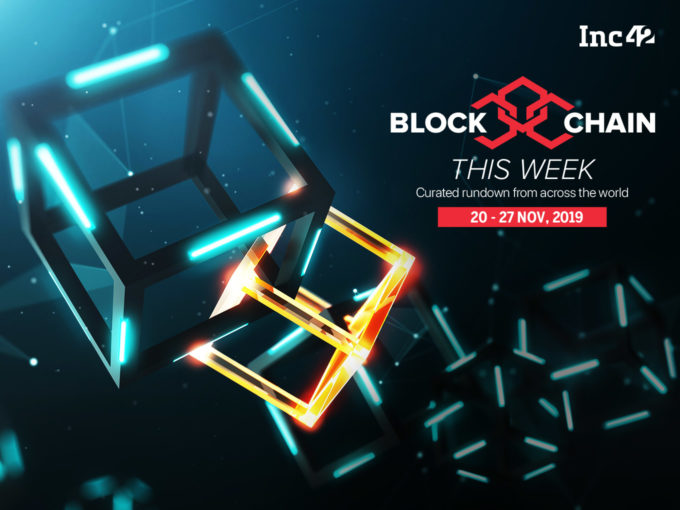 In a fast-paced and ever-changing business world, everyone is talking about blockchain in India and around the world, and no one wants to be left behind. According to PwC’s 2018 survey, 84% of the companies claimed to have at least some sort of involvement with blockchain technology. Majority of the companies and governments are testing the surface with research work and experimentations, where the products and services are either in proof of concept or pilot stage. Well-planned blockchain applications not only reduce business costs, but also increase the speed and efficiency of operations. Blockchain tech also paves the path towards transparency and security for enterprises and governments, which is a big need of the hour in India

In another study, Gartner forecasted that blockchain will generate an annual value of over $175 Bn by 2025 and raise to over $3 Tn by 2030, globally. Furthermore, it also revealed that more than 82% of blockchain technology use cases were found in the financial services sector. However, in 2018, the numbers dropped to 46%. Currently, the US is advancing in blockchain space, but in the next three to five years, the report stated that China will be a leader in developing various blockchain-based applications across Industries.

Though the application of blockchain first surfaced with cryptocurrency, the other sectors that are adhering to blockchain technology at present include finance, automobiles, aviation, shipping, telecom, IoT, retail, healthcare, public sectors and many more.

Here are the biggest block-related headlines from the Indian market.

It will be implemented in a closed gated community with rooftop solar power systems. All of the roof panels are connected via distributed ledger systems. Therefore, any excess energy generated from these systems will be traded within the gated communities instead of sending it back to the grid through net metering.

The ministry of electronics and information technology (MeitY) in a response to a question in Lok Sabha, said that the government is bullish on the potential of blockchain and is looking at formulating a national blockchain framework in India. The Minister of state for electronics and IT, Sanjay Dhotre said that this technology has the potential to impact segments such as governance, banking and finance, cybersecurity and more.

Further, Dhotre said that the generic blockchain based on proof of existence (PoE) framework is developed to enable digital innovation in the country, and it will be used to check the integrity of academic certificates, sale deed documents, MoU, etc.

The Tamil Nadu e-Governance Agency (TNeGA) in an attempt to bring a corruption-free flow of information between the government departments and citizens has proposed to leverage in blockchain technology. The egovernance agency believes that this will provoke the product of every government department to give authentic report, as and when the residents qualify to view the document.

With this, the government departments and agencies can verify the authenticity for qualifications of egovernance and government services using the resident’s permission — a transparent system that enables everyone involved in the ecosystem to work systematically and efficiently.

Though China has strict rules around cryptocurrency for the past couple of years, blockchain is one of the country’s biggest tech exports these days. Xi Jinping, the president of China, on Thursday, urged his people to seize the opportunity afforded by blockchain technology.

Jinping further said that the country should increase investment, focus on a number of key core technologies, and accelerate the development of blockchain technology and industrial innovation. It is believed that this is the first-in-depth remark on the technology made by any leader in the world. Furthermore, his speech also called for the start of “Blockchain+,” a platform inclined towards development such as education, employment, food and medical safety among others.

According to the trade policy office and strategy (TPOS), the Thailand government is working on introducing blockchain for tracking agriculture products. The government is planning to improve the traceability of agricultural products and monitor the quality of the products that are being exported from the country using this technology.