China’s Communist Party publishes Blockchain Guide for Bureaucrats, which covers all aspects of the technology 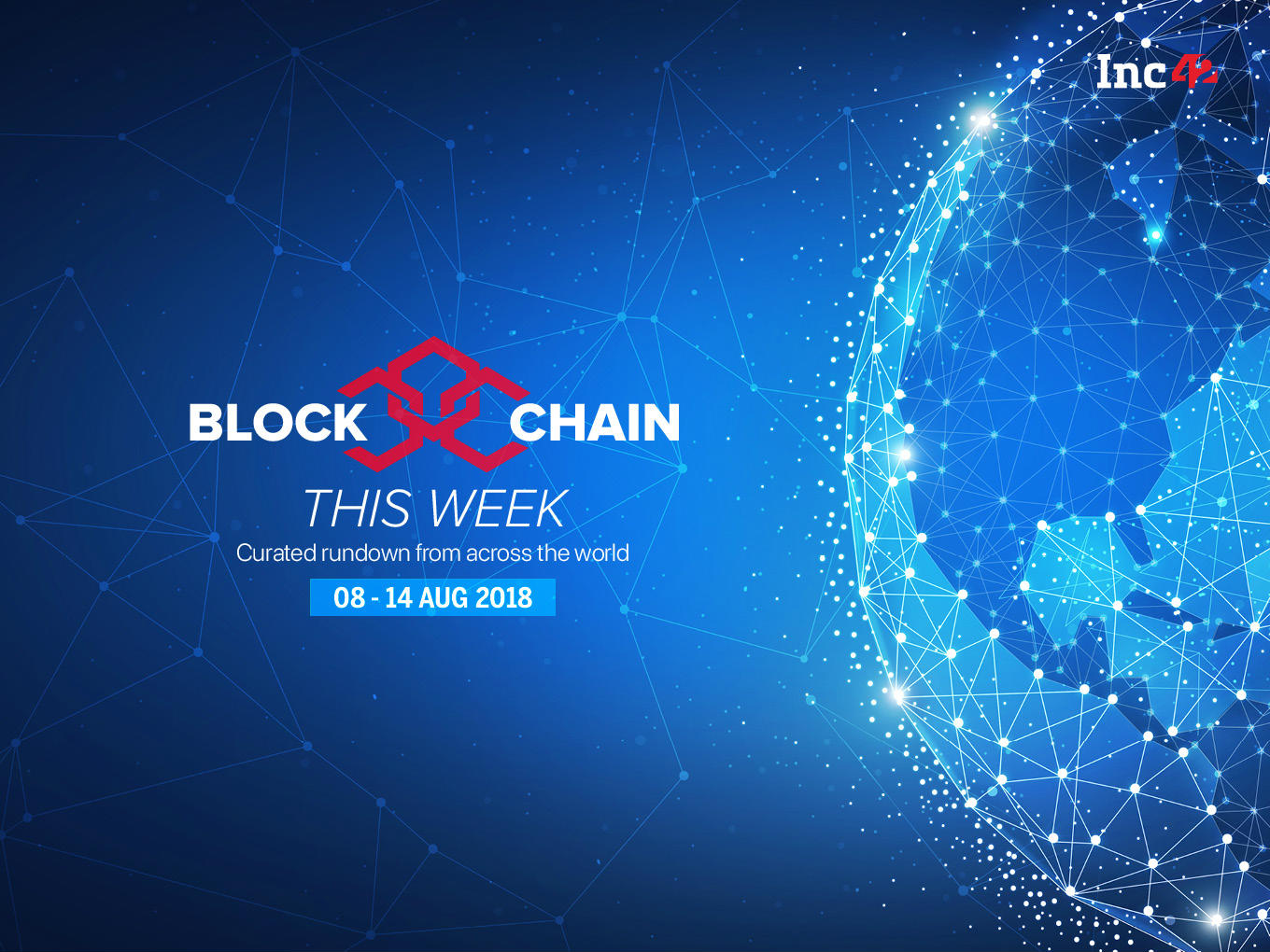 Citing reports emphasising on the need of a robust blockchain regulation in India, Inc42 asked what factors could contribute to enabling a full-fledged blockchain ecosystem in India? The speakers, however, weren’t sure if there is any need for a blockchain policy.

Pant reasoned that blockchain is a segment-specific technology — for manufacturing, financial services, etc. He said, “TRAI (India’s telecom regulator) will look at blockchain on how the technology will work for their ecosystem. Similar to the RBI or Sebi. Every regulation institution will define how they will utilise the application.”

The speakers emphasised the need to create a programme centred around employability from a blockchain point of view.

Pant further said that for enabling a blockchain ecosystem in India, education will have to take a lead role. “There is also the need for significant investment in this technology at multiple levels,” he added.

Inc42 tries to solve some myths and misconception through facts in the upcoming Inc42 Blockchain Technology Report 2018. The report –powered by cryptocurrency exchange KOINEX and supported by self-drive car rental startup drivezy, and blockchain services startup BIENT — is prepared taking cognisance of various use cases of blockchain across sectors. It aims to addresses blockchain’s vast scope of applications, specifically exploring opportunities for it in India. The report will be launched on 16 August (Thursday).

Here’s a curated rundown of important and related developments on blockchain frameworks for the week of 8-14 August.

Exim Bank of India has signed a multilateral cooperation agreement with member development banks of BRICS to undertake collaborative research in blockchain technology.

The signatories have agreed to constitute a joint research working group, which will formulate the research agenda and targeted outcome.

As part of the agreement, the working group will carry out research to identify potential uses of blockchain technology in the financial sector, particularly in the area of infrastructure financing.

Exim Bank of India, among other banks of BRICS nations, is a nominated member development bank under the BRICS Interbank Cooperation Mechanism.

The National Stock Exchange (NSE) is exploring ways to leverage artificial intelligence (AI), machine learning (ML), and blockchain to strengthen its surveillance operations with a view to prevent any manipulative activities amid reported cases of social media leaks of sensitive information.

According to NSE’s managing director and chief executive, Vikram Limaye, the exchange is revamping its surveillance systems in order to make better decisions and be able to track patterns of behaviour and trading that would indicate things are not functioning properly.

The initiative is aimed at reducing the gap between the large, financially stronger, tech-savvy traders and the smaller, tech-dependent, financially weaker market participants.

This certificate programme, spanning over 10 weeks, is aimed at enabling a deep understanding of blockchain technology and its usages in finance and supply chain sector, among others.

The programme will be delivered by faculty from the Blockchain Research Centre of Excellence and practitioners from TalentSprint, with hands-on assignments and capstone project.

Zebi’s EduChain is already being used by the International Institute of Information Technology (IIIT) Basara to verify requests from external agencies that seek to ascertain the authenticity of certificates issued by the institute.

According to Babu Munagala, founder and CEO of Zebi, educational institutions that want to join the platform will act as a node on the blockchain with full control of the data they own.

“They will receive requests from stakeholders to verify any certificate issued by them. They will vet the request and give an answer, checking their database. This simplifies the process in a most secure way,” Munagala said.

Mapmygenome Partners With Israeli Company To Explore Blockchain In Genetics

Hyderabad-based molecular diagnostics company Mapmygenome has tied up with Israel-based blockchain genetics company Digital DNAtix Ltd to use ledger-based technology to explore genetic makeup in new ways with security and anonymity as a top priority.

The Israeli firm has a direct-to-consumer (D2C) platform that provides an entire range of genome testing and access to services and solutions on the blockchain. The DNAtix platform facilitates a person to anonymously upload partial or full genome sequences on the platform. Thereafter, he/she will have access to the data to make informed decisions. Secondly, it links individual users in search of genetically-based health and lifestyle solutions with products and services that fit their needs.

According to Ofer A Lidsky, CEO of DNAtix, the platform will also allow researchers to use the anonymous DNA stored to create tests, conduct research, and design new treatments.

The World Bank has announced it will issue the first-ever bond that entirely uses blockchain technology to improve transparency and cut down on transaction time.

More than just funds, the World Bank aims to gain experience using blockchain — a digital public registry of transactions — that could lead to “a golden future” for financial services for developing nations, a bank official told AFP.

The World Bank has mandated the Commonwealth Bank of Australia (CBA) to arrange the world’s first blockchain bond.

A private Ethereum-based blockchain is being used for the project as it has the necessary capabilities, but the CBA said that it was open to other options in the future as the space develops.

The bond is the brainchild of the World Bank’s innovation lab, which has been working on it for nearly a year, together with the CBA.

The institution has also partnered with Microsoft to ensure the platform and software are solid, bug-free, and have no vulnerabilities to attack.

Shipping group Maersk said 94 companies and organisations have so far joined its blockchain platform, jointly developed with IBM. The platform has been developed to boost efficiency along with limiting the enormous paper trail of global container shipping.

The platform is still in the pilot phase and is expected to be fully commercially available by the end of this year. With this new strategy that includes blockchain-based trading platform, Maersk aims to expand its transport and logistics business in areas such as freight forwarding and trade finance.

Port operators in Singapore, Hong Kong and Rotterdam, customs authorities in the Netherlands, Saudi Arabia, Singapore, Australia, and Peru, and container carrier Pacific International Lines (PIL) are among the companies and organisations that have joined the platform.

The Chinese Community party-led People’s Daily Publishing House has published a book entitled ‘Blockchain — A Guide for Officials’, which covers all aspects of this technology and serves as a guide for bureaucrats.

The book provides details of blockchain’s origin and discusses its present and future applications. Further, it addresses relevant issues in business, technology, legal, and other sectors.

The recent book is the third addition to the technology series created by the People’s Daily Publishing House. Its previous books focused on AI and ‘Digital China’.

The Hong Kong University of Science and Technology (HKUST) has received a research grant of $20 Mn to improve the security capabilities of electronic payment systems based on the blockchain.

The interdisciplinary research is said to be coordinated by professor Tan Jiayin, who is known for his work on ‘Strengthening Hong Kong’s Strategic Position as a Regional and International Business Center’ with a focus on the blockchain, network security, and AI.

[Stay tuned for next edition of Blockchain This Week.]