Blockchain comes to the rescue of sexually abused victims 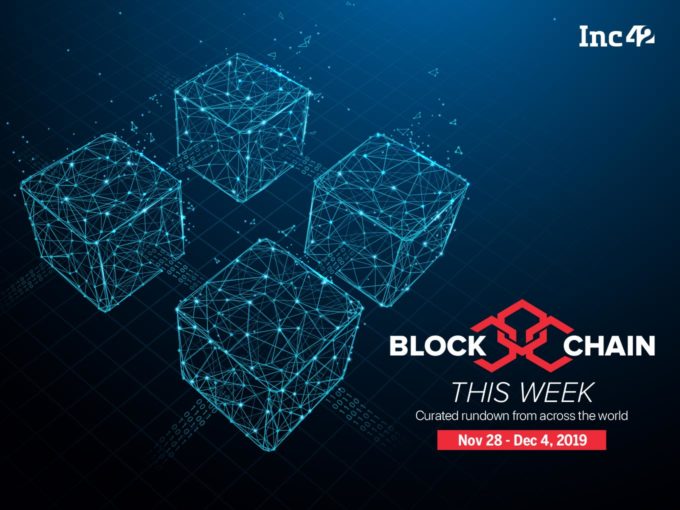 From government (both state and centre) promoting the adoption of blockchain in various segments, to international companies foraying into India and new startups emerging in the country, a lot has been happening in the Indian blockchain ecosystem.

According to NASSCOM Avasant India Blockchain Report 2019, there are over 40+ Blockchain initiatives that are being executed by the public sector in India, where approximately 92% are in pilot or proof of concept (POC) stage and 8% projects are in the production phase.

This year, concepts in POC stage increased seven times, while projects in the pilot stage increased six times. Moreover, most applied use cases included land registry, securing digital certificates on blockchain and governance among others. Interestingly, the government of Telangana and the government of Andhra Pradesh were two of the leading states in terms of adoption of blockchain in India.

Since the blockchain initiative started in early 2018, the advantage of these projects would be realized only in 2019 onwards, the report added.

London and Bengaluru-based blockchain startup EarthID is working towards simplifying the process of validation of human identity by leveraging in cryptography technology. The company uses platform such as Hedera Hashgraph to reduce time, cost and duplicity associated with know your customer (KYC) & anti-money laundering (AML) processes and more. EarthID claims to be addressing the challenges related to data-ownership, data-security and data-monetisation, which are crucial elements in today’s so-called digital world.

EarthID through its universal identity mechanism plans to onboard every human being on the platform by providing access to various services, both online and offline, in a secure and seamless manner.

Founded in 2018 by Shiv Aggarwal, who is the founder and CEO of the company has over 15 years of experience working in technology space. Prior to starting EarthID, he has worked with global brands like Bank of America, Cathay Pacific, The Harth, Lloyds of London, Unilever and many more. He is also a Europe lead and London president of ‘Government Blockchain Association, a global non-profit organisation with over 100 chapters across the world.

Last month, at the India Fintech Forum, held in Mumbai, EarthID won the ‘Best Use of Blockchain in Financial Services.’ Other blockchain companies that were also selected include Cateina Technologies, InStoreIn Technologies, Intain, MonetaGo India and Whrrl.

Here are the biggest block-related headlines from the Indian market.

SettleMint, a blockchain-as-a-service based out of Belgium has announced its entry into India to tap the country’s rapidly growing blockchain market. The CEO of SettleMint, Matthew Van Niekerk said that India is a hotbed of blockchain technology. A lot of sectors are relying on blockchain as a technology upgrade, and the company plans to focus on BFSI, healthcare, retail, logistics, insurance, microfinancing institutions and government services sectors, he added.

Digital Gurukul, an Indore-based edtech startup has partnered with German tech networking company Certif-ID to launch blockchain-powered certificates that will allow employers to access the diplomas of applicants from any geographical locations. With this, Digital Gurukul will be eliminating the need to send or physically present degrees. Most importantly, bringing transparency into the system, the students graduating from Digital Gurukul will be provided with a blockchain-powered diploma certificate that will make the job and college hunting easier and seamless. The diploma certificate will include information like educational qualifications, portfolios, projects and attendance among others.

Tea Board India Gets Blockchain Push From Amazon, Infosystem And Others

In order to bring traceability in the entire value chain of team trade, the Team Board India had earlier sent an expression of interest (EoI) requesting companies to partner with them to build blockchain platform and allied technology. Responding to the EoI, top corporates and tech giants have come to the rescue of Tea Board.

The selected company will give the tea trading board advice on cost optimisation and help them increase the efficiency of the tea trade on a long-term basis. The deputy chairman Arun Kumar Ray of Tea Board India said that this technology will help them in determining the traceability of the produce, particularly the orthodox variety of tea.

Blockchain To Help Victims Of Sexual Abuse In India

Paris-based Smashboard, a community-driven blockchain platform that is made for Indian women (including trans women) and their allies. The platform uses blockchain to create an online, private and encrypted ledgers of the assault. With this, the company aims to make reporting a sexual crime, less traumatic for survivors.

Noopur Tiwari, the founder of Smashboard, who is also an independent journalist told Quartz India that survivors seeking help is very risky, and there are consequences of revealing one’s identity. The sexually assaulted victim goes through undiagnosed post-traumatic stress disorder that comes in a way of seeking help.

In collaboration with Australia-based Power Ledger, a blockchain startup that develops blockchain-enabled energy trading platform, and India Smart Grid Forum (ISGF), an electric utility company, the state of Uttar Pradesh (UP) will be running a pilot of a peer-to-peer (P2P) solar power trading platform. The UP government is the first state government in India to use blockchain as a means to improve energy distribution and efficiency.

With this, the government of UP alongside state power utility UP Power Corporation Limited (UPPCL) and UP New and Renewable Energy Development Agency (UPNEDA), will check the feasibility of energy trading via blockchain, where the network of roof-top sola will be connected to a smart grid that will help the authorities to track power generation, check the consumption and trade electricity.