Blockchain This Week: Blume Ventures To Focus Investment On Blockchain Startups And More

Blockchain This Week: Blume Ventures To Focus Investment On Blockchain Startups And More 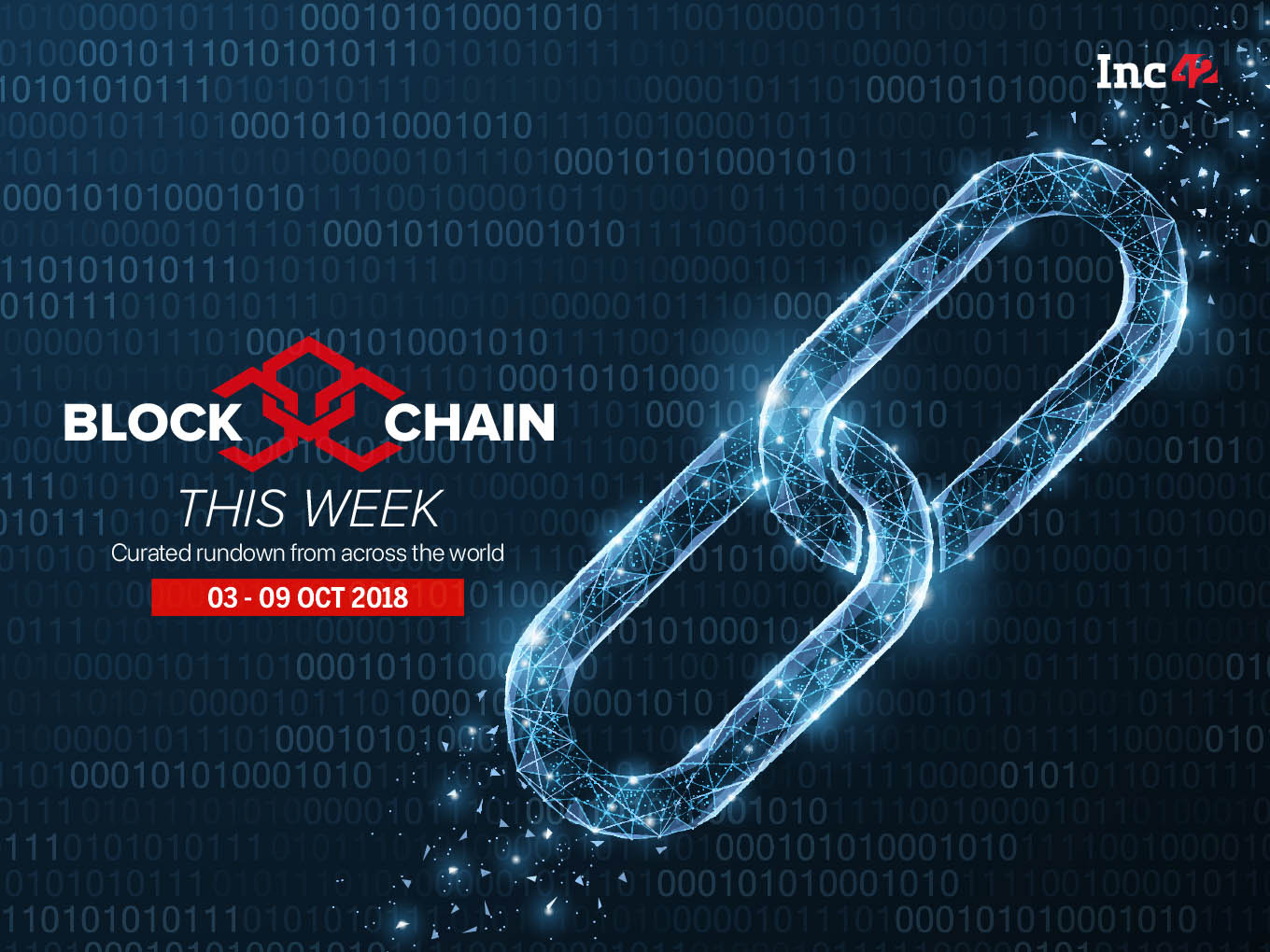 Today, distributed ledger technology blockchain is in a position similar to where the Internet was a decade ago — a fair system to exchange valuable information freely and in a secured manner.  There are many areas where blockchain technology is being applied, from finance to health to tracking frauds or to even issuing birth certificates, and more.

When applied in one of the oldest professions Journalism, the technology has the power to actually enable the platform with full-proof archiving of all content that is uploaded.

Taking a step forward in this domain, Forbes magazine this week joined the Civil network, a blockchain journalism network, to permanently archive its content to a decentralised environment that ensures no third party can remove or alter it.

Forbes will be using Civil to experiment with new methods of reader engagement. It will begin publishing metadata from its cryptocurrency desk to the blockchain by Q1 2019 and is reportedly considering to publish all of its content to Civil’s decentralised network within the next 12 months.

Civil Foundation CEO Vivian Schiller says that blockchain can help restore sustainable and ethical practices in the journalism profession, as the Brooklyn-based startup plans on launching a decentralised marketplace for news by end of this month.

Schiller wrote in a Medium blog post that the startup aims to “become a Netflix” for journalists and media consumers, and has already sold over $1 Mn worth of tokens.

The Lord Mayor of London Charles Bowman is in India leading the delegation of 12-strong companies from the UK keen to explore fintech tie-ups across fields such as blockchain, payments, insurtech and regtech.

The delegation will meet senior government and industry leaders of India to scope out new fintech collaborations and strengthen trade relations with the country.

“India is an important priority market for us. Travelling with me on this visit are some of the best and brightest fintech firms the UK has to offer, and I can’t wait to see them fly the flag for UK industry,” Business Standard cited Bowman as saying.

Seed-stage venture firm Blume Ventures has announced to focus its 35-40% of the fund on the startups focussed on deeptech, software tech — including blockchain — as part of its recent first close of its Third Fund.

Reaching half of its $80 Mn target corpus and with commits from existing investors for another $20 Mn, Blume aims to achieve its final close over the next few months.

New York-headquartered EXL, which has professionals across countries including India, provides services to industries such as insurance, healthcare, banking and financial services, utilities, travel, transportation and logistics.

EXL senior vice-president Pradeep Vachani said, “Blockchain has the potential to improve performance for every company, and more importantly improve the experience those companies provide their customers. We look forward to working with other Alliance members towards this important goal.”

“There are many areas where blockchain technology is applied. I will contribute to the activation of the blockchain industry by applying the technology to the actual administration, and create an environment where innovators can work freely and cultivate talent,” Coindesk Korea cited Won-soon as saying.

Blockchain development arm of the South Korean messaging app Kakao, Ground X has launched a test network of its proprietary blockchain network dubbed Klaytn, which adopts the concepts of consensus nodes (CNs) and ranger nodes (RNs) to achieve both scalability and transparency.

The firm recently published a white paper providing details of the platform, which seeks to lay the technological foundation for decentralised applications.

According to Ground X while paper, “RNs download newly created blocks from the CNs and periodically communicate among themselves while storing a local copy of the blockchain. They validate the new blocks chosen by the CNs and check that the CNs never equivocate on the content of a given block height. Anybody can join the network as an RN.”

The trial, called Making Money Smart, aims to enhance the experience of participants and service providers in the NDIS through the creation of smart money, which is enabled by a blockchain token solution that could integrate with Australia’s New Payments Platform.

“This has been a really interesting research project into how blockchain technology can integrate with new payments technologies to provide more choice, control and flexibility for conditional payments for NDIS participants and service providers,” Data61 senior principal researcher Dr Mark Staples said.