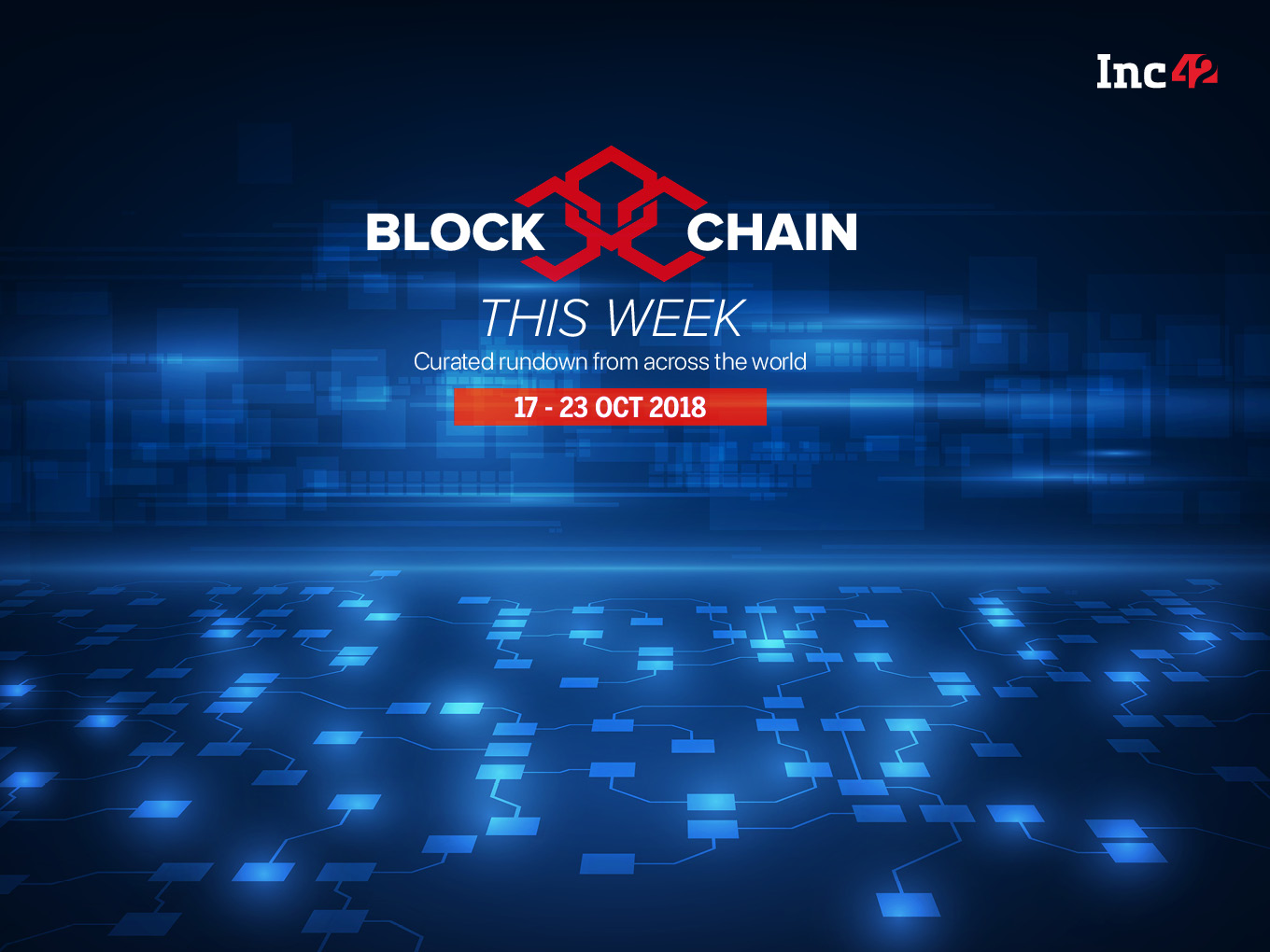 Blockchain technology is considered revolutionary as it  enables secure movement of assets, without intermediaries. This ability could catapult Blockchain’s global product and service market to over $60 Bn annually in 2024, according to a forecast by Wintergreen Research.

In India, the technology is currently at the nascent stage. However states like Andhra Pradesh and Telangana are making initial forays by using blockchain for land registry records, education certificates and vehicle records, etc.

“This is the perfect juncture for a rising power such as India to pay careful attention and capitalise on the enormous opportunities of this new Internet. Sectors such as financial services, agriculture, healthcare, real estate and utilities can see tremendous benefits from,” Incrypt Blockchain founders told Livemint.

Among the big corporates, blockchain players include Accenture, Facebook, Google, IBM and Microsoft.

Here’s a curated rundown of important and related developments on Blockchain Ecosystem.  [October 24 – 30]

HSBC Holdings has executed a blockchain-based trade finance transaction for Reliance Industries Ltd (RIL) to allow a digital transfer of the title of goods to US-based Tricon Energy.

At present, buyers and sellers use paper-based letter of credits to underpin transactions and physical documents are sent to each party in the transaction by post, courier or fax.

The blockchain-enabled letter of credit (LC) was issued by ING Bank for Tricon Energy USA (importer) with HSBC India as the advising and negotiating bank for RIL. It has helped substantially reduce the time taken for such deals.

“The use of blockchain offers significant potential to reduce the timelines involved in the exchange of export documentation from the extant 7-10 days to less than a day,” Livemint cited RIL joint chief financial officer Srikanth Venkatachari as saying.

Insurtech startup Policybazaar has partnered with blockchain company Accrivis Network to implement ledger technology. According to a report, the technology will be used to enhance customer centricity through data security and application integration, along with monitoring for fraud.

“In addition to allaying security issues of consumers using online channels, blockchain will be used by Policybazaar.com to address consumer queries and complaints in a time-bound manner,” Policybazaar CTO Ashish Gupta, said.

Chinese activists have deployed a blockchain technology under the name ‘Every Snowflake’ to record sexual harassment stories, after authorities shut down similar campaigns such as ‘woyeshi’, #MeToo, “Rice Bunny”.

Every Snowflake provides a platform for victims to come out and report their sexual assault stories without the fear of being shut down. Though it’s not entirely foolproof, the site can be blocked, but blockchain will still have those records and could be directed to another site, a report said.

US blockchain company ConsenSys has acquired asteroid mining firm Planetary Resources Inc for an undisclosed amount. The firm has launched its satellites the Arkyd-3, the Arkyd-6 in the space to test its technologies for asteroid mining. It earlier demonstrated its technology that detects water resources in space.

“Blockchain-based smart contracts represent a natural solution for commerce in space. There are no territorial divisions, so this may be an ideal way for people from various countries to coordinate and transact,” engadget cited firm’s Brian Israel as saying.

Bangkok Revenue Department To Use Blockchain, ML For Probes

Bangkok Revenue Department plans to adopt blockchain and machine learning (ML) to probe tax avoidance, said the department director general Ekniti Nitithanprapas. The technologies will used to verify if the taxes were paid correctly and bring efficiency and transparency in the process, while ML will be used to study how taxes are evaded, enabling revenue officials to track tax fraud, Nitithanprapas was quoted by BangkokPost as saying.

The Caribbean Examinations Council (CXC) has announced that it will issue blockchain-based academic certificates to 24,000 candidates who had giventheir exams in May and June this year. According to CCN report, the e-certificates will be received via the free and open-source Blockcerts Wallet used for storing and sharing information along with verifying the performance of candidates. CXC offers educational certifications to 16 English-speaking countries and territories in the Caribbean region.