Blockchain And IoT Will Have A Profound Impact In The Way We Live And Work: PM Modi

Blockchain And IoT Will Have A Profound Impact In The Way We Live And Work: PM Modi 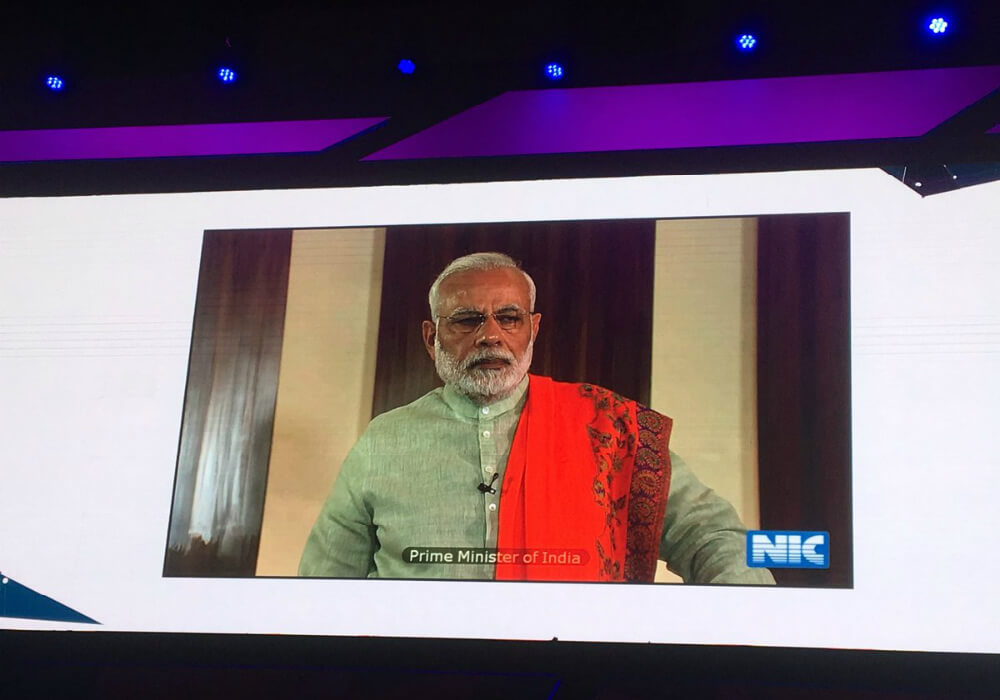 Reiterating Finance Minister’s take on blockchain technology, PM Modi while speaking at WCIT India 2018 stated, “Disruptive technologies such as Blockchain and the IoT, will have a profound impact in the way we live and work. They will require rapid adaptation in our workplaces.” The NITI Aayog, along with blockchain experts, is already working to prepare an initial document exploring blockchain technology as well as its importance in bringing transparency and applications in e-governance. The initial document-cum-white paper, which is supposed to be online in about a month’s time, will further invite suggestions from the readers.

This is aimed at up-skilling 2 Mn technology professions and skilling another 2 Mn potential employees and students over the next few years. The platform – FutureSkills was unveiled by PM Modi, who applauded the initiative and its focus on creating skills for future jobs in the country.

Seconding PM Modi’s view,  Ravi Shankar Prasad, Minister of Law and Justice and Electronics and IT, Govt. of India said, “Digital empowerment can only happen if there is digital inclusion. With the advent of new technologies like AI, Blockchain and IoT, reskilling of young professionals is critical. I’m pleased that NASSCOM has come up with this unique platform for skilling and reskilling young people where my department and team will provide a lot of support and assistance.”

The minister further said that it is all about teamwork where government and private sector leaders and organisations like NASSCOM need to come together and contribute towards digital inclusion.

He further added, “The platform for re-skilling and up-skilling of the workforce in new and emerging ICT technologies is a complement to Digital India initiative of the Government. While Digital India is working on steps to increase domestic electronic production, BPO promotion schemes for employment, this platform will make talent available for India and the Indian industry to embrace opportunities from emerging technologies”.

The Blockchain Project For E-Governance

Speaking to Inc42, Aalekh Sharan, Officer On Special Duty (OSD), NITI Aayog had informed that the NITI Aayog is closely working on blockchain frameworks that include solving the issues such as how it can be useful,  cost-effective, efficient and transparent – for various government departments.

The blockchain project or the white paper that NITI Aayog is working on is a completely separate project from cryptocurrencies, said Aalekh. Cryptocurrencies come under the finance department and RBI’s purview.

Among the states which are already on their way exploring potential blockchain and IoT like technologies’ applications in e-governance are Karnataka, Telangana, Andhra Pradesh and Maharashtra. Kerala has even established a ‘Blockchain Academy’ to explore its potential. The central government’s push on blockchain will further help these and the other states in adopting the blockchain technology further.