Blockchain This Week: Blockchain Aiding Supply Chain In The Times Of Coronavirus & More

Blockchain This Week: Blockchain Aiding Supply Chain In The Times Of Coronavirus & More

Integration of AI, IoT and 5G can accelerate the potential of blockchain technology 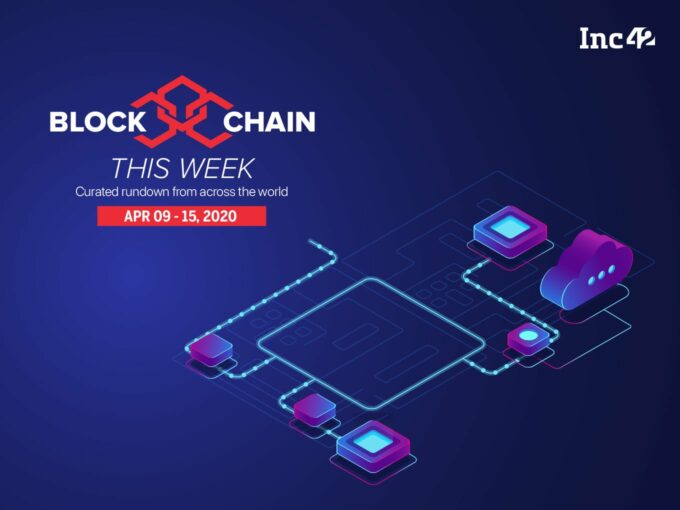 Consumers are getting more and more conscious about where food and produce comes from and how likely it is to be adulterated. In present times, the coronavirus pandemic has highlighted this gap in the industry, where most consumers in cities don’t have visibility on the food supply chain. Even with technology available, many brands and farmers in India are still doing things traditionally, which does not increase transparency and visibility.

Blockchain is exactly what is needed to increase the trust of the consumers in the supply chain with transparency and immutability of data.

Last year, Tea Board India, alongside tech giants such as Amazon, Infosys and Yes Bank among 25 other companies had announced to use blockchain and allied technology solutions to bring traceability in the entire value chain of the tea trade.

Similarly, India’s coffee board had also unveiled to have started a blockchain-based marketplace in March 2019. In the pilot testing phase, the platform developed by Bengaluru-based Eka Software Solutions in partnership ministry of commerce and industry had claimed to provide coffee farmers with a fair price and increase traceability and transparency of the product.

Adjacent Technologies That Can Boost Blockchain When Integrated

To unleash the true potential of blockchain, integration with emerging technologies is essential. According to an IBM survey, most executives believe that AI and IoT, followed by cloud, robotics and 5G will help in accelerating the spread of blockchain across industries.

The US food cooperative Envisible recently announced that it will be working with Mastercard to supply a monitoring system constructed using blockchain-based technology. Currently, in the pilot testing phase, the country aims to deliver extra transparency into its supply chain in partnership with Topco Associates, where it will be observing and tracking supply information on salmon, cod and shrimp products.

As a measure to become a leader in the nascent space after President Xi Jinping urged his country to ‘seize the opportunities’ presented by the technology, last year. China’s major tech giants among a group of organisations such as Huawei, JD.com, Tencent, Baidu, Ant Financial (the affiliate of Alibaba which runs the Alipay mobile payments app) have come together to form a committee.

The group has been called the ‘National Blockchain and Distributed Accounting Technology Standardization Technical Committee.’ As the name suggests, the group will be involved in developing standards and framework around blockchain and DLT.

The video streaming platform during the pilot testing phase observed that the popular content resulted in up to 1:10 catching savings. In other words, the caching saving can avoid network congestion and reduce energy and data consumption in the communication network, significantly. It has also managed to reduce the customer experience by reducing the playback start time of all its video.

In the wake of Covid-19 pandemic, the global agriculture supply chain giants, Cargill and Agrocorp in collaboration with Rabobank and other logistics partners recently announced that it has completed a cross-continent commodity trade transaction of wheat from North America to Indonesia using a blockchain technology platform, developed by Singapore-based blockchain company Dltledgers. The blockchain solution is built on the open-source Hyperledger Fabric platform.

The world’s largest FMCG brand, Nestlé through its membership with the IBM Food Trust Blockchain Initiative, recently announced that it will be expanding its use of blockchain technology to Sweden-based luxury coffee brand Zoégas. With this, the coffee buyers can now use blockchain-recorded data to trace their coffee back to different origins, including Brazil, Rwanda and Colombia.