In The Blind Race To The Top, Are Startups Blatantly Disregarding User Safety?

In The Blind Race To The Top, Are Startups Blatantly Disregarding User Safety? Today we can access all our needs through a convenient mobile app. From grocery to romantic dates, everything is just a swipe away – but the question is are we putting out too much information? In a recent spur of events, a girl was repeatedly irked by a delivery boy. She placed her order on Zomato and the delivery boy was identified as a Shadowfax employee.

A resident of Delhi, Avantika Tyagi ordered dinner via Zomato. Her experience was wonderful and pumped with discounts but then she started receiving WhatsApp messages, asking her to upload a display picture. Apparently the texts were sent by the delivery boy. 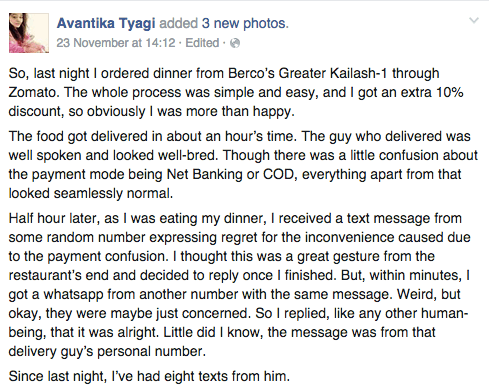 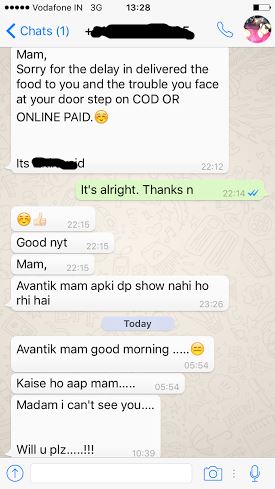 She reported this issue to the restaurant authority – Mr Sanjiv of Berco’s GK-1, to which she  haven’t received any update. She also tried calling Anu Prerna, who usually replies to all Berco’s feedback on Zomato. But instead of accepting her call, she was sent a text message to talk through texts but all in vain. No one ever replied back. Following is the screenshot of her message sent to Anu Prerna. 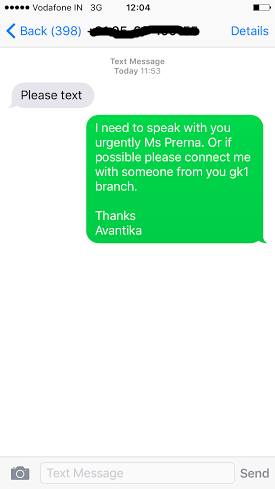 Her complaint to Shadowfax, was replied with “Ma’am the guy just said that your dp isn’t visible. There is nothing unusual here. He hasn’t done anything. He apologized for the food and asked you for your display picture. What’s weird about it?”

Avantika’s Facebook post received attention from Zomato’s Investor, Sanjeev Bikhchandani. He apologised for her experience and ensured support in reaching the right people.

Later that day, Avantika was informed about the sacking of that delivery boy but this incident raises the question – In the race to bringing everything online and growing quickly, are startups jeopardising user’s privacy and disregarding security protocols?

In the race to bringing everything online and growing quickly, are startups jeopardising user’s privacy and disregarding security protocols?

Recently, Uber and Ola introduced a feature to hide user’s caller id while booking a cab. This can be considered as the right direction by other aggregators too.