It is also planning to explore ways to harvest solar energy 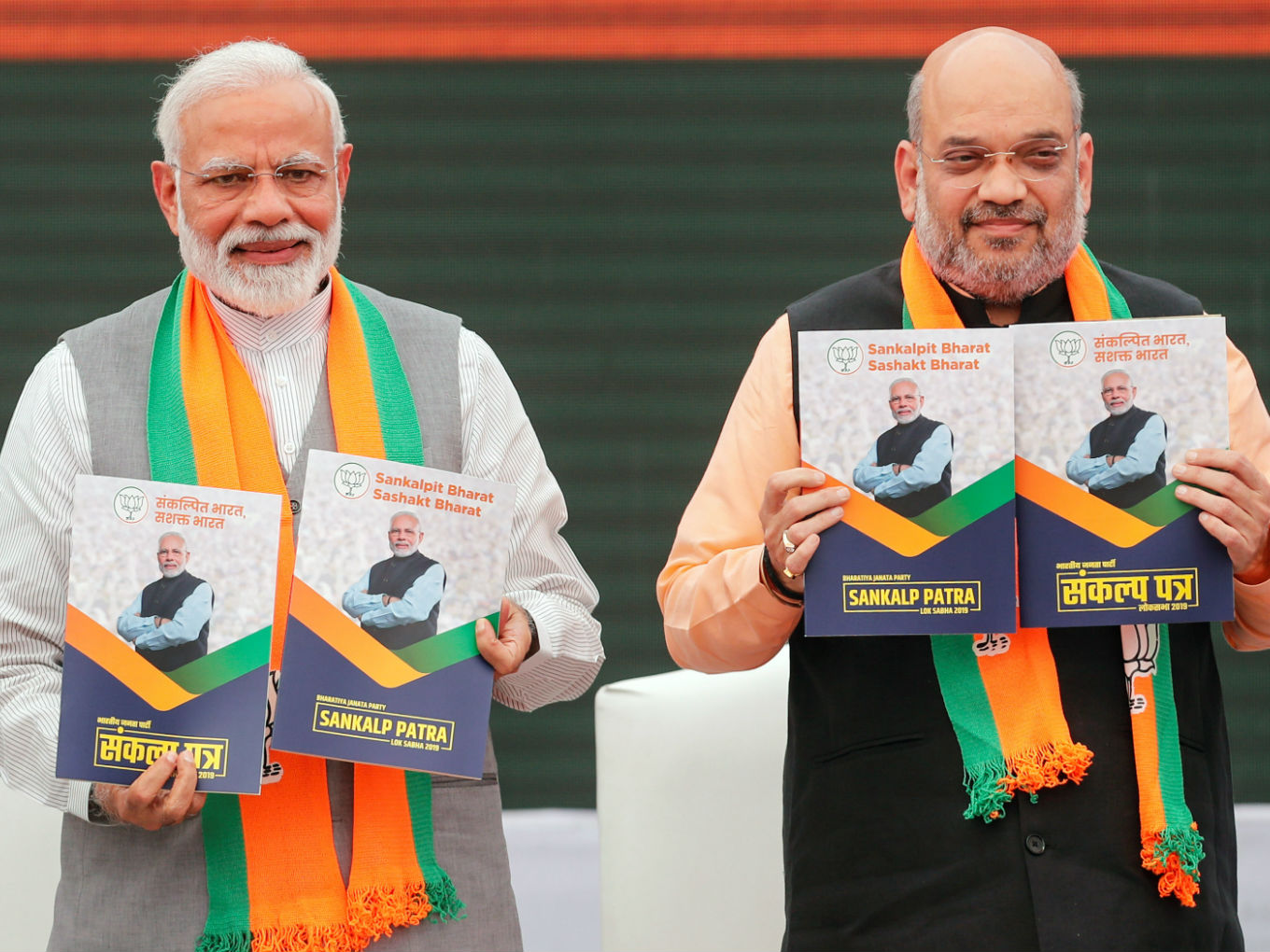 Ahead of the Lok Sabha elections, the ruling political group Bharatiya Janata Party (BJP) has now said that it will use technology, better knowledge of market prices of various agricultural products. It will also explore ways to utilise deeptech for developing the agricultural sector.

The party also revealed its plans to set up an app-based system for promoting the availability of agricultural implements.

The plan was revealed after the Narendra Modi-led party released its election manifesto for 2019, named BJP Sankalp Patra today (April 8).

The ruling party has always advocated Digital India and the importance of digitisation. As India is known as an agricultural country, it is important that the country leaders analyse how technology can be used for developing the sector. 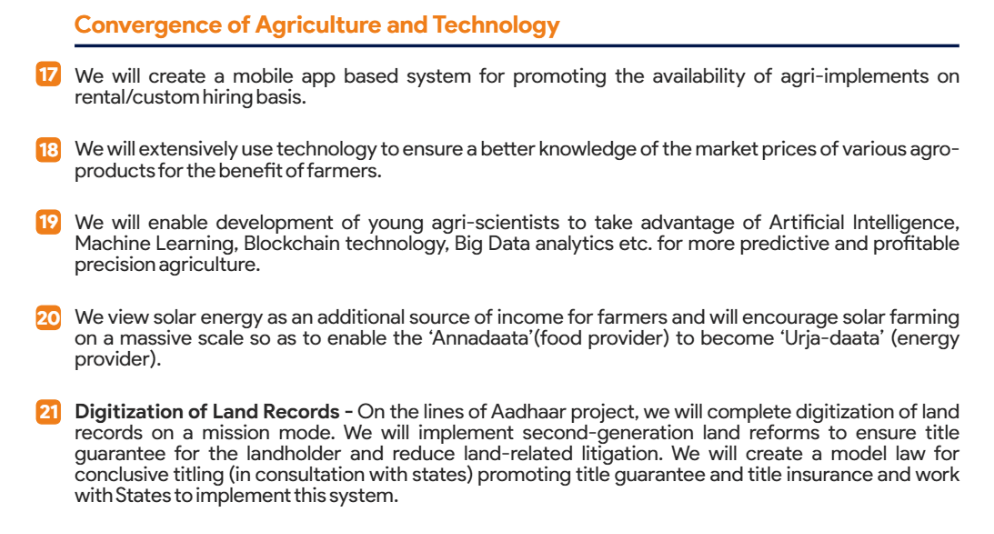 One of the interesting plans laid out by the party is the idea to encourage solar farming. At a time when natural resources have been depleting at a rapid pace, it is important for the country to develop ways to harvest solar energy.

In its 2019 election manifesto, BJP has once again reiterated its plans to double the income of the farmers by 2022. It has already launched several schemes to support the farmers of the country and ensure a stable income for them.

If voted to power again, the ruling party claims that it will invest INR 25 Lakh Cr to develop the rural productivity in India. As mentioned in the manifesto, the party is aimed at making life simpler and better for the Indian farmers who form the backbone of the country’s agricultural sector but are yet not taken care of.

According to the party, it is planning to provide short-term agricultural loans up to INR 1 Lakh at 0% interest rate for 1-5 years on a condition of prompt payment of the principal amount.

In order to maintain an ongoing stream of income for the farmers, it will also launch a pension scheme for the small and marginal farmers in India to ensure social security of the people after reaching the age of 60. 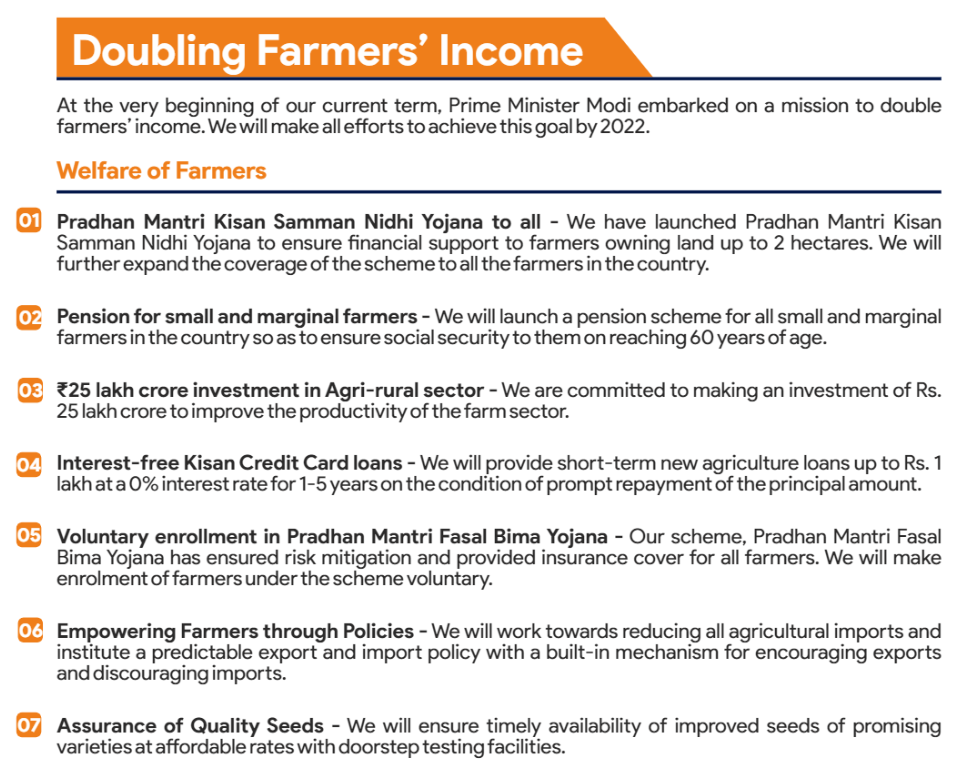 Reality Of Agritech In India

While the government has been taking initiatives to empower the agricultural sector in India, not much has been achieved by the agritech sector.

The Modi government had also reiterated its commitment to double farmers’ income by 2022 while presenting the Interim Union Budget 2019. While the budget revealed a lot of plans for helping the farmers, very fewer initiatives were announced for the development of the agritech community.

While several agritech startups have come up in India over the last few years, the growth of the sector has been slow due to lack of government support, policy lag and lack of data and poor infrastructure.