In A Move To Up Technology Prowess, BJP To Test Chat Based Collaboration App BJP Connect

In A Move To Up Technology Prowess, BJP To Test Chat Based Collaboration App BJP Connect 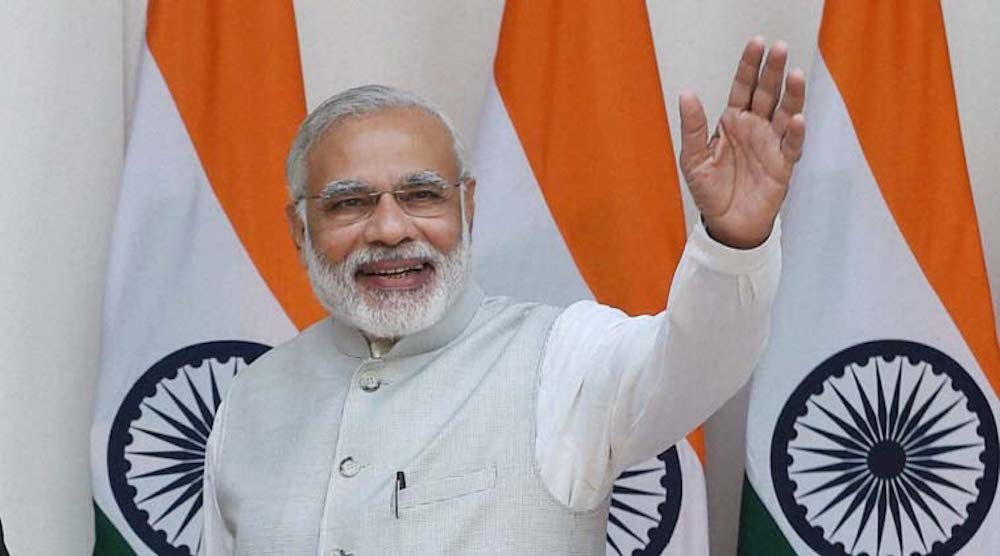 In a first for a political party in India, the Bharatiya Janata Party (BJP) is planning to pilot a chat-based collaboration app targeted at winning the next elections. The app, called BJP Connect, will be initially rolled out to volunteers working for the party in the state elections in Karnataka to be held before May 2018.

As per a Factor Daily report, if the pilot is successful, the party has ambitions to take the app national before the 2019 general elections. The app is currently on the Google Play Store and has the features of a collaboration tool. Its description says it allows chat with members of the organisation; create quick and easy surveys; and interact through polls, tasks and opinions. These chat groups will support organisational hierarchy to help admins conduct polls, provide tasks, take opinions, capture public pulse and broadcast live videos. 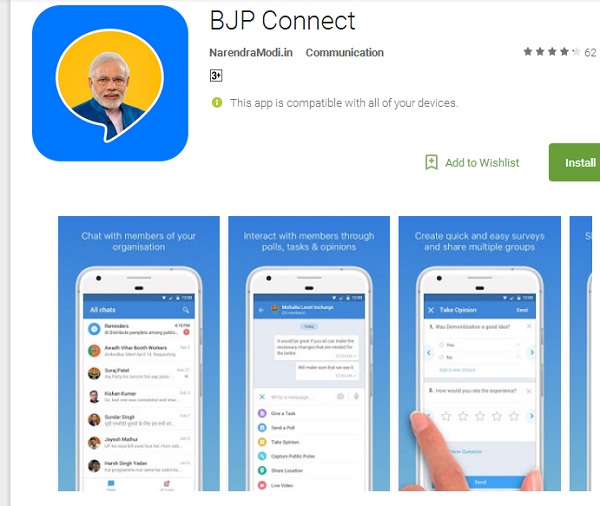 As per the report, the app is likely to be launched when Party President Amit Shah visits the BJP’s IT cell in Karnataka next month.

The mobile app’s features are similar to that of the defunct India272  volunteer portal that the BJP had launched in 2014 to support Narendra Modi. PM Narendra Modi also has his own app that has millions of downloads, besides having millions of followers on Twitter.

BJP has so far stayed ahead of its rival parties when it comes to using digital mediums and technology to garner support. Its social media cell is playing a huge role in getting its message across to workers and winning elections. Case in point, the recent UP elections where the party won 325 seats out of 403, wherein it had created 8,000 WhatsApp groups and also appointed staff to work on its social media channels. With the BJP Connect App, the party seems to be further gearing up its reliance on digital technology to win the general elections two years from now.