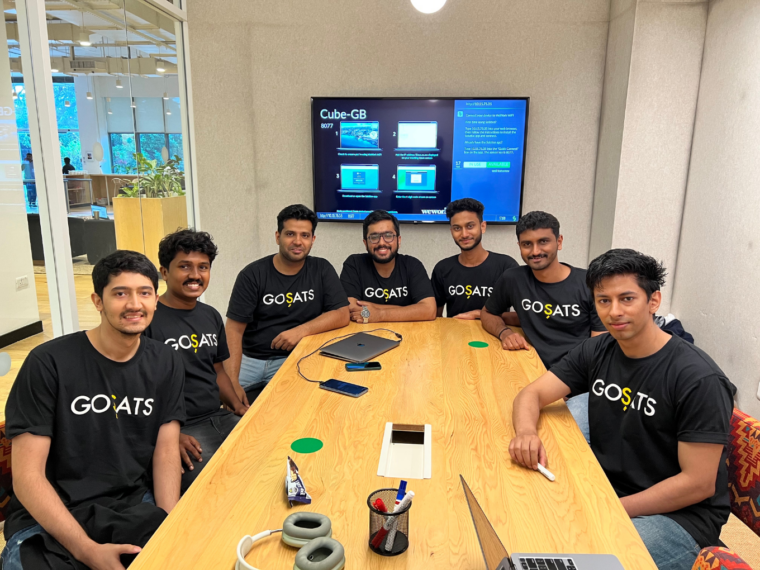 The funds will be deployed to scale GoSats’ operations, grow its Bitcoin reward program, and hire talent

GoSats has partnered with 250 brands including BigBasket, Flipkart and Assura so far

Its CEO Mohammed Roshan said, “We are rolling out ways that users can spend on brands, like redeeming Bitcoin inside the app and selling gift vouchers to customers.”

Bitcoin rewards app GoSats has raised $4 Mn in its Pre-Series A funding round, which is an equity round.

Angel investors including Sung Ho Choi from Fubo TV and Taher Savliwala also participated in the round.

The funds will be deployed to scale GoSats’ operations, grow its bitcoin reward program, and hire talent. The startup will further deploy funds to build crypto rewards as an API service for partnered brands that will offer crypto assets in the form of loyalty points to customers.

Mohammed Roshan, CEO and cofounder of GoSats said, “We will use funds to build an infrastructure for users to seamlessly earn free Bitcoin everywhere they shop, enable users to stake their Bitcoin and earn attractive yield, have them spend their rewards on brands, NFTs and play to earn games all within the GoSats app.”

The latest development comes after GoSats secured $700K in its seed funding round from Alphabit Fund, Fulgur Ventures, Stacks Accelerator and SBX Capital, among others in the previous year.

Founded in 2021 by two siblings – Mohammed Roshan and Roshni Aslam, GoSats is a bitcoin rewards platform that helps people accumulate free bitcoin every time they shop. The startup is currently offering its services through its mobile app. Besides, it has recently launched a prepaid debit card that can be used at all point of sale devices and ecommerce websites in India.

GoSats has partnered with 250 brands including BigBasket, Flipkart and Assura so far. If a user buys products from its partner brands then they get a cashback of 6% to 8% using GoSats app, whilst making purchases from non-partnered brands would give a cashback of 1.5% to 2%.

Sharing the future plans, Roshan said, “We are rolling out ways that users can spend on brands, like redeeming Bitcoin inside the app and selling gift vouchers to customers. We are also working on something where customers will get discounts if Bitcoin’s price appreciates.”

Earlier, GoSats was a part of Accel’s Atom program where it received $250K non-dilutive capital. Besides, its founders also got mentorship from the veterans.

GoSats aims to scale its reward program and further grow its user base to over 1 Mn by the end of this year.

The growing Indian crypto sector has been drawing the attention of private players as well as the government authorities. Earlier this year, the Indian government announced levying crypto transactions with 1% TDS while profits made from digital assets would be charged with 30% tax.

Besides, the government proclaimed that loss incurred from one crypto cannot be offset against another. It further came to the light that expenses incurred for setting up of an infrastructure would not be considered as the acquisition cost while levying income from crypto assets.

Following the government’s actions and talks, the Indian cryptocurrency sector has been in wait and watch mode since there are uncertainties gripping the segment. Investors’ interest has also taken a hit amid the regulation ambiguity from the government side.

At the moment, a consultation paper on cryptocurrency is in the making. The government has been holding discussions with various domestic and international bodies such as the IMF and World Bank regarding it.

Amid the loom and gloom, a report paints a different picture. It says, India ranks the second position in crypto adoption across the globe. The Indian crypto sector is estimated to contribute $62.2 Bn to the country’s economy by 2030. As of 2021, over 350 blockchain startups are operational in the country.