Bill & Melinda Gates Foundation has been working in areas of healthcare, sanitation and financial services for underprivileged people

Speaking on his latest visit to India, Gates talked about technology intervention in TB vaccines 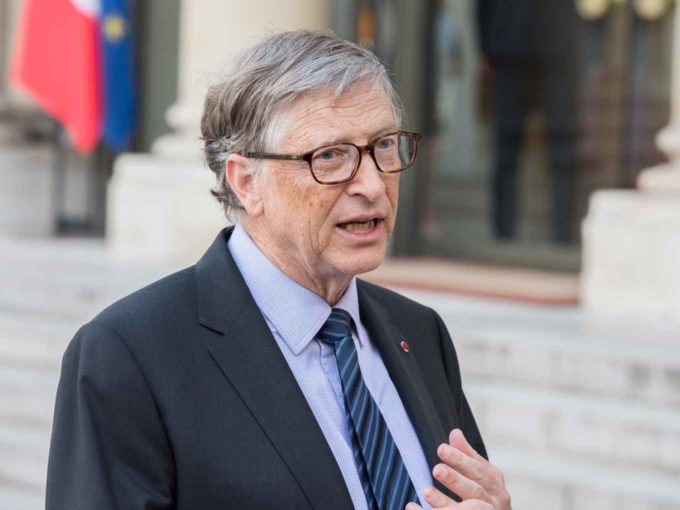 Billionaire Bill Gates has time and again appreciated India’s contribution to the world in terms of technology. The Bill & Melinda Gates Foundation started work in India more than a decade ago and has been promoting the use of technology in various sectors, particularly in areas of healthcare, sanitation and financial services for the underprivileged people.

Gates, who is on a three-day visit to India, spoke at length about technology for social inclusion with Wipro chairman Rishad Premji at a media event recently.

Here is what the Microsoft cofounder and billionaire philanthropist counted as four important milestones in India’s journey to becoming a tech superpower.

As healthtech is something very close to the Microsoft cofounder, Gates spoke about how vaccines in India for tuberculosis (TB), and human immunodeficiency virus (HIV) is enabled by new-age tech. “Biological systems are complicated. The fact that we have vaccines for TB, HIV is partly enabled by this rich data advance in biology and machine learning (ML),” he said.


Gates also talked about how smartphones are changing how chronic diseases are detected. He also added that this kind of technology has helped the world make a lot of progress. “We have miracle tools provided by current AI, like cancer detection. What we have today is a tool that can take AI and create an ultrasound device where when a woman is pregnant is going to see if it is going to be a complicated pregnancy,” he added.

Incidentally, the Bill & Melinda Gates Foundation is supporting NIRAMAI in its endeavour to detect river blindness. NIRAMAI, cofounded by Dr Geetha Manjunath and Nidhi Mathur, is working to improve the cancer detection accuracy of AI-enabled systems, as opposed to human doctos..

Gates spoke about how apps that offer science and engineering learning will revolutionise the way young India learns. He said that five years from now private tutoring will become very common and accessible. “You can have dialogue and figure out what you are confused, like a personal tutor. It is fantastic because it can help society prepare to do new types of work. It is coming in the next five years,” he added.

The Switch To Electric Vehicles

Gates spoke about how electric vehicles (EV) and green cars in the next 10-15 years will outcompete gasoline cars without subsidy. “Work on mitigation requires immense innovation. We have to accelerate innovation which won’t come if we don’t step in. Middle-income countries cannot be left out,” he said.

Gates shared the example of how steel and cement uses a lot of energy. “Climate change is a problem young people are waking up to. Climate change makes poor farmers suffer. Crops will fail every three years as against 7-8 (years earlier),” he added.

Gates also spoke about three other expectations he has from the world and India, particularly from the point of view of tech:

He spoke about how climate change can worsen things and bring up more problems that would again have to be addressed. He talked about the examples of mosquitoes being able to survive at higher altitudes due to warming up of the planet.

Gates spoke about the adverse impact of social media on information .

“In the past, we all read the same newspaper. There may be a need to ban micro-targeting because it drives people apart. Society has to decide what those rules are,” he said

More Investment To Tackle Malaria And Elimination Of Malnutrition:

Finally, Gates shared one wish he has for India in terms of improving Indian children’s ability to learn new concepts by using technology to solve the problem of malnutrition and inadequate healthcare.