This Bangalore Based Startup Cashes On The iPhone To Fool Customers

This Bangalore Based Startup Cashes On The iPhone To Fool Customers 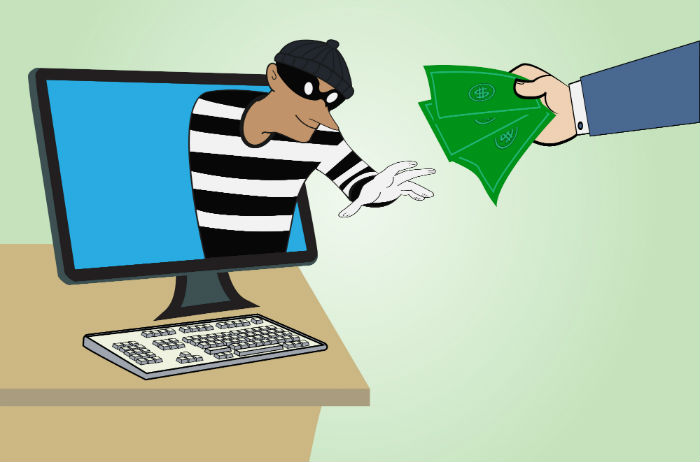 The crazy deal and discounts is something which lurks people to go for an online route for shopping. Every ecommerce site tries really hard to offer best of prices and discounts to bring shoppers to their platform, and we all have seen this thing during the BigBillionDay last month, the cat fight kind of situation between Flipkart, Snapdeal, Amazon and others. But sometimes it happens that a crazy deal ends up people into nothing but getting fooled.

Wouldn’t you go mad if you get an opportunity to buy an iPhone for just INR 599?

An ecommerce website named Bigsop.Com (looks like an error in the name itself), recently duped a number of people by using an ICICI Bank payment gateway and advertising on its pop-ups saying, ‘You are the lucky internet winner of iPhones for Rs. 599.’

Not going for such awesome deals is something people are not resistant to, so 100s of people went on and registered themselves on the website and made the payment, but in the end received nothing.

When confronted by their users the website instead suggested the customers take home some product costing INR 599. This was something that the shoppers weren’t happy about and felt cheated, thus went out on social media to throw out their aggression.

Based on the inputs received via Twitter about the website on cheating people by offering huge discounts on goods, the Central Crime Branch police in Bangalore raided its office based located near the Agara lake in South-East Bangalore.

The police found that the company was running a proper BPO operation to process the purchases and queries of the customers. The police has called this case as a type of online phishing scam. A case has been registered in the HSR Layout police station.

#CCBRaidsFakeOnlineShop based on Twitter inputs.Bigsop A/c has 75lac at present. Cheated 100s based on fake 599 offer pic.twitter.com/5J9xxuXM6R

Bigsop is founded by a group of 6 persons who are now arrested by the police.

Not the first time

There has been a number of incidences in the past where customers were fooled by the online shopping portals like these which ended up people in loosing their money and not getting anything worth based on the payment they made.

Last year, one of the biggest cases came into the light where a website named Timtara.com was busted by the Economics Offenses Wing on the case of serial online fraud. Its founder Arindam Bose and Harish Ahluwalia, COO were arrested and had three cases registered against, under IPC sections 406 and 420. There was a fraud of about INR 82 lakhs against the company. Apart from the customers, there were number of sellers who were victim of the fraud done by the company.

The case of Timtara and this company is a bit similar where both were trying to lurk the customers to shop on its platform by providing products below market price, offering huge discounts, offers, etc.

In our view, maximum times it’s a customer’s mistake too which ends them as a victim of an online fraud, thus a customer should always keep in mind few things while shopping online. Such as making sure that the website they are shopping on is authentic enough.

The page is full of grammatical errors. The type of claims the website has made easily points out the fact how bogus it is.

Same is the terms and conditions and other pages.

While exploring their Facebook page, we found negative posts by the customers about the website which not only include the recent ones but have been placed over the time : 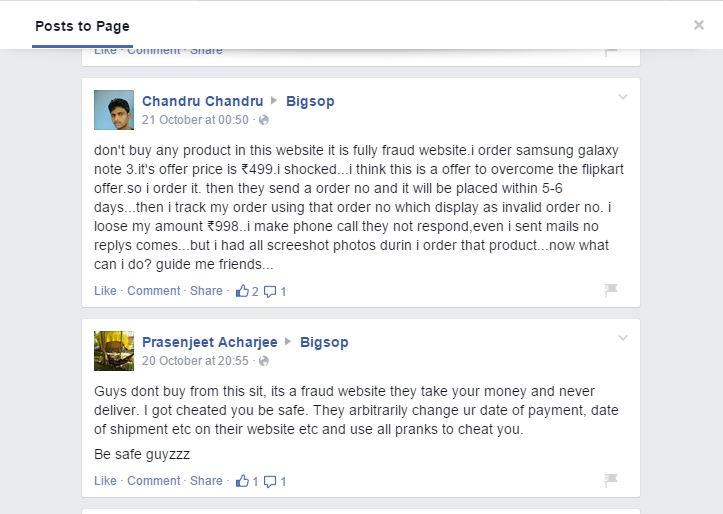 The ecommerce market in India is growing at a massive rate and this comes with problems of its own. Apart from these kinds of events, there are a number of issues that comes in tact such as fake and substandard products. A recent report by Assocham points out that the online luxury market for counterfeiters is worth INR 17,000 Cr. which is growing at more than 20% (compound annual growth rate). As it’s a human tendency that if they get the product at a lower price they go for clicking the buy button and then they feel cheated.

With the growing online shopping frauds, here it’s time for the people to become an informed customer rather than just a discount frenzy one!