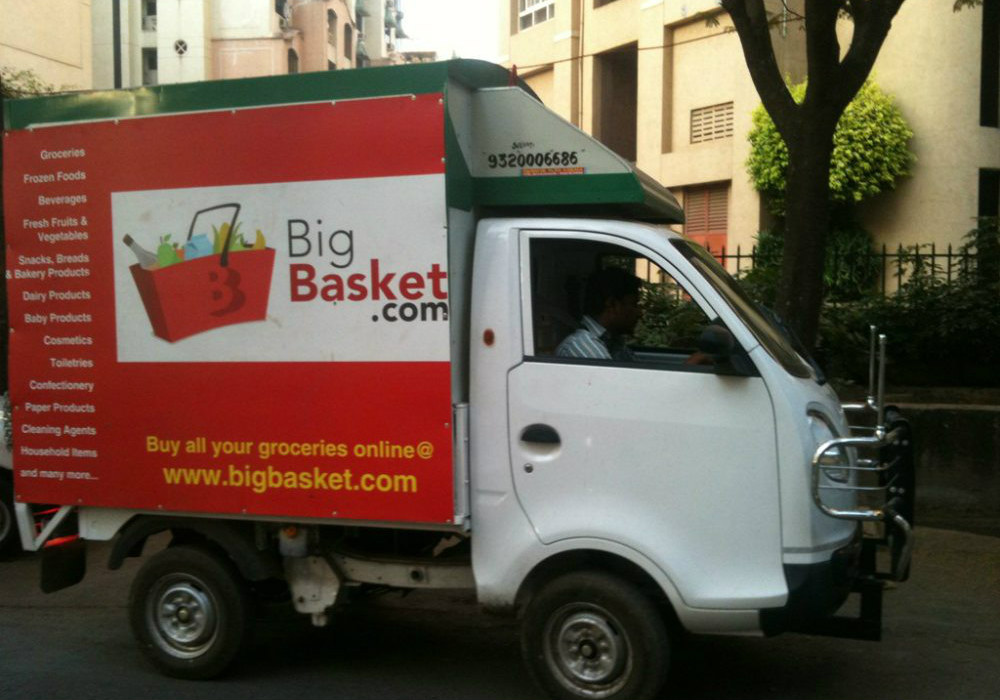 Online grocery startup Bigbasket has refuted the news of talks with Amazon for an acquisition. A Bigbasket spokesperson called the reports “completely untrue”.

Earlier this week, multiple reports have surfaced regarding Amazon having preliminary talks with the Bengaluru-based online grocery startup Bigbasket, for a possible acquisition.

The acquisition was touted to be part of a strategy by the global ecommerce giant to step up ‘efforts to gain ground in the fast-growing market’ as per people with knowledge of the matter. The report further suggested that the discussions for sale are at an early stage and may not lead to the final deal.

An email sent to Amazon did not elicit a response at the time of publication.

Started by Fabmall founders VS Sudhakar, Hari Menon, VS Ramesh, Vipul Parekh, and Abhinay Choudhari in 2011, Bigbasket is an online food and grocery store.

The company has to date raised about $305.8 Mn spread across six rounds. In March 2017, Bigbasket raised about $6.9 Mn (INR 45 Cr) venture debt from Trifecta Capital. The funds are being used towards meeting the capex requirements of the company including setting up new warehouses, strengthening cold chain, and setting up reprocessing facilities for fruits & vegetables.

Bigbasket’s online grocery stores are present in more than 26 cities across India, including in Bengaluru, Hyderabad, Mumbai, Pune, Chennai, Delhi, etc. According to a company statement, the online grocery store stocks over 20,000 products and 1,000 brands including fresh fruits and vegetables, packaged bread, bakery and dairy products, etc. The company claimed to have crossed the 5 Mn customers mark in May 2017.

The company also has a line of private labels that contribute to 35% of the total sales. This is largely taken up by the fresh produce, staples, and FMCG brands. Some private labels include Fresho, BB Royal, BB Popular, Royal Organic, Tasties, and HappyChef.

In April, it was reported that Bigbasket and Gurugram-based hyperlocal grocery delivery startup Grofers, were in talks for a potential merger. However, Albinder Dhindsa, founder and CEO, Grofers refuted the reports at that time. He said, “The team at Grofers is focussed on executing our long-term strategy and we are well capitalised for that with an investor set that supports the vision. We don’t need to make any strategic moves at this time.”

The Online Grocery Cart In India

According to a Goldman Sachs report, “The domestic online retail industry is evolving into a hyperlocal, on-demand market. India’s ecommerce market is estimated to grow 15 times to $300 Bn by 2030.” The Indian online grocery market is estimated to reach $40 Mn (INR 270 Cr) by FY19 growing at a CAGR of 62% from 2016 to 2022.

A few biggies have also tested the waters of the Indian online grocery market. In April 2017, it was reported that homegrown ecommerce unicorn Flipkart was planning to enter the grocery category again. If that happens it will be Flipkart’s second bet on the grocery market. It initially entered the space with the launch of Flipkart Nearby in October 2015. However, as a restructuring move, it shut Nearby down in February 2016.

Global ecommerce giant, Amazon India is also currently trying to ante up in the grocery segment. In February 2016, the company launched its grocery delivery app Amazon Now, in India, to allow users to order everyday essentials. It launched Amazon Pantry in July 2016, a service that offers grocery and household essentials. It also claims to deliver the orders in a day. At the time of launch, it was said that Amazon Pantry will be accessible to all customers in India, whereas globally, it is only available to Amazon Prime customers.

The company already has plans in place to open food retail stores in India. Amazon first made the investment proposal in February 2017, exactly a year after the government allowed for 100% foreign investment (FDI) in food retail in India.

Last week, it was reported that Amazon will soon get DIPP approval to invest the proposed $500 Mn amount in a wholly-owned food retail venture in India, over a five-year period. Post approval, Amazon can stock locally produced food items and sell them online.

As per Inc42 Data Labs report released in August 2016, out of 74 hyperlocal grocery startups, 20 shut down operations completely, while four startups followed the M&A route for an exit. Other startups in the grocery segment, apart from Bigbasket and Amazon India include ZopNow, Satvacart, Grofers, Godrej Nature’s Basket, DailyNinja, etc.