The company has raised more than $1.02 Bn across 14 funding round 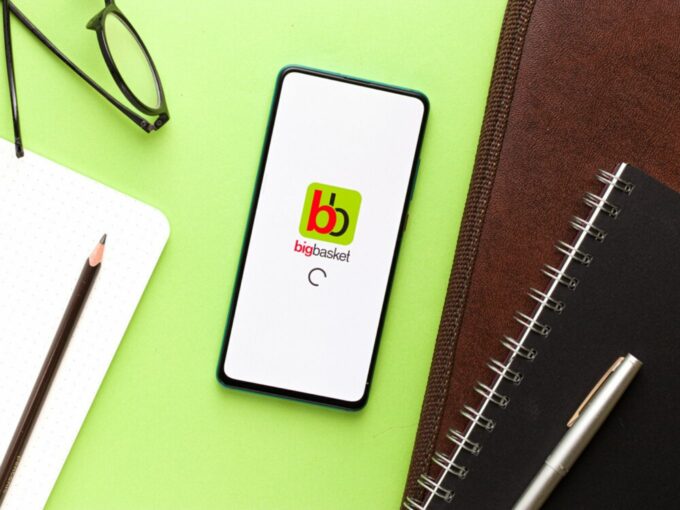 Online grocery delivery platform BigBasket is looking to raise $250 Mn to $300 Mn from both new and existing investors at a valuation of $1.5 Bn-$2 Bn, the company’s cofounder Hari Menon confirmed. The company reportedly wants to keep its inventory ready with capital and wider investor base to fight the Reliance Industries-Facebook combine.

In an interview with the Times of India, Menon added that BigBasket has appointed Morgan Stanley and Goldman Sachs as the advisor for the fundraise. Currently, the company is in the initial stages of the fundraising process, he added without going into further details.

The company has entered the unicorn last May after raising $150 Mn in Series F from Chinese ecommerce giant Alibaba, South Korea’s Mirae Asset Global Investments and the UK government-backed CDC Group. With this round, the total funding raised by BigBasket had reached $1.02 Bn across 14 funding rounds from investors such as Alibaba, Helion Venture Partners, Bessemer Venture Partners, Abraaj Group, LionRock Capital and others.

BigBasket was launched in 2011 by VS Sudhakar, Hari Menon, Vipul Parekh, V S Ramesh and Abhinay Choudhari. Until last year, the company had over 10 Mn registered customers and claimed to process 1 Lakh orders per day. But the Covid-19 pandemic acted as a booster back for grocery delivery platforms.

As people were scared to step out of their house, grocery delivery platforms like BigBasket and Groffers came out as the biggest relief in such a situation. Menon had previously highlighted that the company was fulfilling more than 3 Lakh orders per day during the lockdown. BigBasket was noting a 35% increase in sales in April and had to scale up its people and slot availability to deal with the influx.

In the recent interview, Menon said, “We grew 35% on a month-on-month (MoM) basis in April and the next two months we grew roughly about 18% and 20%. It [the demand] is holding really well. Including BB Daily, we are clocking 3.5 orders, which was around 2.2 Lakh orders a day [before the pandemic].”

Further, he noted that BigBasket has crossed an annual gross sale run rate of $1 Bn in May due to the rise in demand for groceries and essentials during the nationwide lockdown. In May, alone, the company clocked $90 Mn (INR 650 Cr) in sales after discounts.

US-based market research company Forrester Research noted that India’s online grocery market could make $3 Bn in sales this year, representing a 76% hike compared to $1.7 Bn last year. Ecommerce segment is expected to grow by 6%, amounting to $35.5 Bn this year. However, compared to last year, the firm would also seek a hike of $2 Bn. The additional $1.3 Bn in online grocery sales could also be the biggest driver of the overall ecommerce sales.