Amazon has invested in the Future Group which operates Big Bazaar 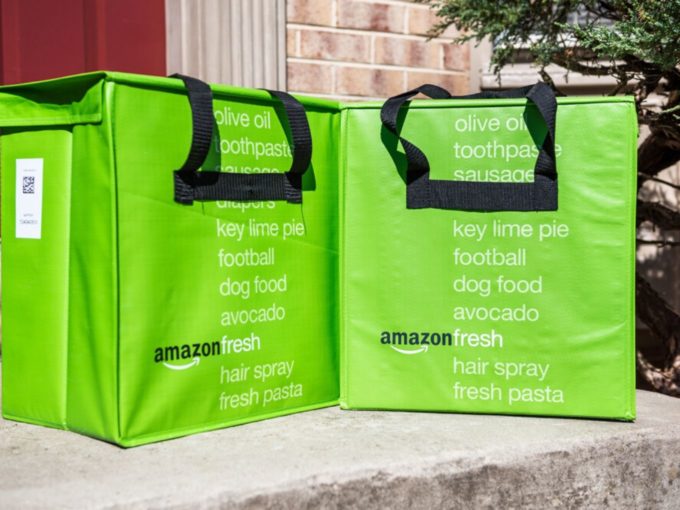 As global ecommerce giant Amazon is looking to enhance its logistics to deliver fresh produce within two hours, Indian retail chain Big Bazaar has reportedly come to its rescue.

According to Business Standard, Big Bazaar has already been fulfilling orders 300 to 1000 orders per day for Amazon’s Prime Now from 18 stores in New Delhi, Mumbai and Bengaluru. The report suggests that the number is likely to go up to 12 cities in the next phase and to over 130 cities eventually.

As Prime Now awaits deeper integration with the Amazon app, the full inventory of Big Bazaar is expected to be added by “early next year”. The report also added that in order to fulfill deliveries within two hours, the Prime Now orders are being processed — from selecting, packaging to dispatching — through Big Bazaar stores.

With the full integration next year, Big Bazaar would also get access to 320 Mn monthly visitors on Amazon India app, helping the Indian retail chain expand its customer base and online presence.

Amazon had announced Prime Now in May 2018 to provide exclusive two-hour express deliveries to Prime members between 6 AM and midnight.

Why Is Amazon Tying Up With Big Bazaar?

The development comes after Amazon Indian acquired 49% stake in Kishore Biyani-led Future Coupons, a promoter entity of Future Retail, in August 2019. With this investment, Amazon also ended up scoring 3.58% stake in Future Group as Future Coupons owned 7.3% shares in it as well.

According to the Bombay Stock Exchange (BSE) filings of August 22, Amazon will also be granted a “call” option as part of the agreement. This will allow Amazon to acquire all or part of the promoter’s shareholdings in the company as well. The ecommerce giant can exercise this benefit within a bracket of 3-10 years, under certain circumstances.

Future Coupons has also agreed to certain restrictions on share transfers for the same tenure. Moreover, the Competition Commission of India (CCI) filing state that Amazon will also acquire “Voting and non-voting equity shares” of Future Coupons. The acquisition is currently on hold as the CCI has sought more information about the deal.