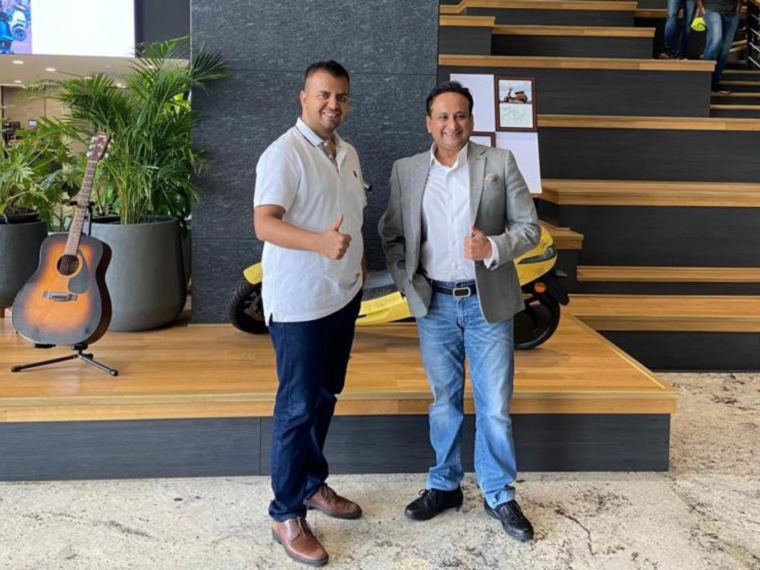 Announcing our entry into Nepal today. By (the) end of 2022, Nepalese consumers will join the revolution: Aggarwal

Even as Ola Electric struggles to keep pace with the increasing orders in India, the Bhavish Aggarwal-led company now plans to foray into Nepal. As part of this, the electric vehicle (EV) startup will launch Ola S1 and S1 Pro scooters in the neighbouring country beginning next quarter.

“India has loved the Ola S1 scooters, ushering in our EV revolution. Now we’re taking this global! Announcing our entry into Nepal today. By (the) end of 2022, Nepalese consumers will join the revolution”, tweeted Aggarwal.

In the next phase of the expansion, Ola Electric will launch its products in five key markets across Latin America, the Association of Southeast Asian Nations (ASEAN) region and the European Union (EU).

He also said, “Our international expansion not only means that we will as a company be able to serve customers in these similar regions, but it is also testament to the fact that India will lead the EV revolution for the world.”

The startup has also signed a memorandum of understanding (MoU) with Nepalese conglomerate Chaudhary Group (CG). Under the terms of the agreement, CG Motors will serve as local distributors for Ola EVs in Nepal.

‘Where Is My Scooter?’

Even as Aggarwal made the announcement on Twitter, what stood out like a sore thumb was his timeline that was littered with complaints about non-fulfillment of their orders.

Launched on August 15 last year, the S1 scooter continues to be Ola Electric’s flagship model even as the EV startup has failed to service the piling orders. It has, since then, ramped up its production, but it has still failed to match the rising orders.

As the advance bookings opened in September last year, Aggarwal claimed to have sold four scooters a second at peak demand. In contrast, the startup claimed that it was manufacturing 800 electric scooters a day back in April 2022, with plans to scale this number up to 2,000 in the near future.

The production mismatch has been the least of its problems. Earlier this year, a major fire engulfed the EV industry after an Ola EV engulfed in flames went viral on social media. What followed were a volley of such incidents involving multiple EVs manufacturers that even claimed the lives of many, including a young girl and a senior citizen.

The company’s cab-hailing businesses appear to be courting controversy and has been embroiled in a major legal tussle with its very own drivers. It is also under government lens over rising complaints and for allegedly flouting consumer protection norms.

Not just that, it has also pulled the plug on a host of products it has launched in the recent past. In June, it shut down its used car division Ola Cars and quick commerce business Ola Dash to focus on its electric vehicles and mobility businesses.

The mobility and EV major has also laid off employees, even as it scaled hiring for its EV segment. As many as 200 software engineers were fired unceremoniously from their jobs at Ola in September as the startup undertook a restructuring drive.

Amidst all this, it is not entirely gloom and doom for the EV player. The startup has amped up its focus on research and unveiled the country’s first indigenously developed lithium ion cell in July this year.

Even as Ola’s ebike segment continues on a downward trajectory in terms of sales, the EV player plans to launch an electric car by 2024. It also sped up efforts to build factories within its EV production ecosystem to cater to the growing demand.

According to a report, the Indian consolidated EV market is projected to reach 10 Mn in annual sales by 2030, pointing to the growing prominence of the space.