Bharti Airtel reported higher subscriber additions than Reliance Jio for the 6th month in a row, according to TRAI data.

Even as they fight for market share, Jio and Airtel are also building their arsenal of digital services to maximise the revenue potential of their subscriber base. 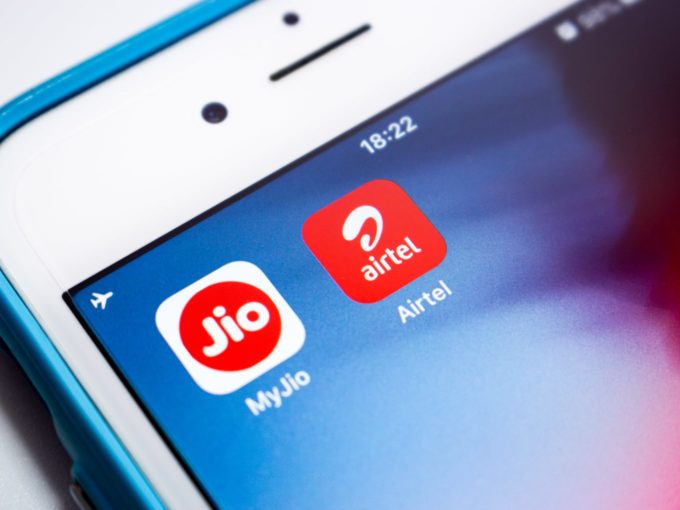 Reliance Jio continues to command the highest wireless market share at 35.3% followed by Airtel (29.62%) and Vodafone Idea (24.58%). Note that, between June 2020 to January 2021, when Airtel started reporting its robust subscriber additions, Reliance Jio’s market share has increased nominally compared to 34.8% in June. On the other hand, Vodafone Idea’s market share has dropped from 26.75% in June suggesting that the gains reported by Airtel are largely Vodafone subscribers.

Even as they fight for market share, Jio and Airtel are also building their arsenal of digital services to maximise the revenue potential of their subscriber base.

Jio Platforms, a 67% subsidiary of India’s business behemoth Reliance Industries (RIL), which houses Reliance Jio has announced investments from the likes of Facebook and Google to build their connected digital ecosystem. However, Airtel’s lead in the ARPU game shows it has managed to get a larger share of their subscriber’s wallet spend.

Even in terms of subscriber usage, Jio has struggled to shake off the “second SIM” tag. In January 2021, Bharti Airtel continued to report the maximum proportion (97.44%) of its active wireless subscribers (VLR) compared to total wireless subscribers, much ahead of the 79% VLR p reported by Jio.

Now, both telcos have extended this battle to the wired broadband ecosystem. The top three wired broadband service providers in January were BSNL (7.69 Mn), Bharti Airtel (2. 90 Mn) and Reliance Jio Infocomm Ltd (2.25 Mn). Reliance Jio has been rapidly gaining market share from BSNL in this space, especially since the pandemic started.

While Jio has its massive in-house digital investments and startup acquisitions, 94% of the revenue of Jio platforms comes from the telecom business at present. Airtel has been building products, partnerships and commerce (large-scale retail) solutions for five years or more. And around 21% of Airtel’s India revenue comes from non-mobile businesses thanks to their large enterprise solution offerings.