Bengaluru police commissioner said management of Zomato, Swiggy would be held responsible for any casualties 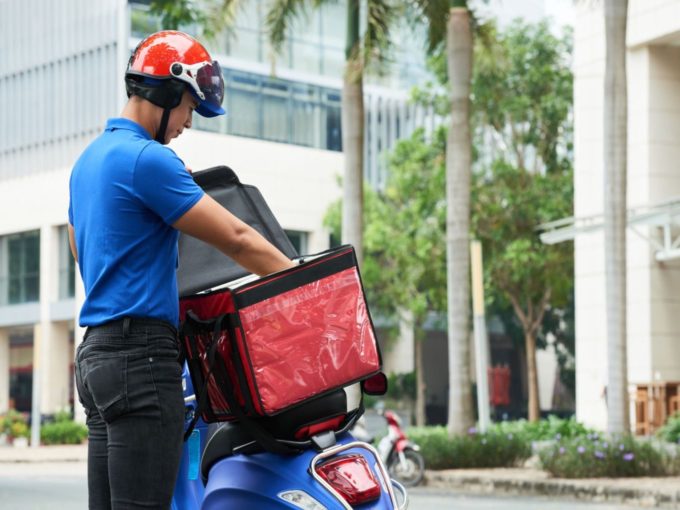 Bengaluru City Police may soon ask app-based food delivery companies including Swiggy, Zomato and pizza joints to increase the 30-minute delivery time limit for some items. Police commissioner Bhaskar Rao recently warned the companies of serious action if he were to ever find their delivery men involved in road accidents.

“Do we have the heart to get a free pizza from a kid who is risking his life just because he crossed over 30 mins. Am seriously considering asking Pizza companies to make it 40 mns as these kids risk their lives by breaking all Traffic rules,” he tweeted.

When Swiggy replied saying the company does not condone traffic violations of any nature, he tweeted back saying, “Mr SwiggyCares, you are the biggest violators and have the temerity to tell me that you adhere to rules, your boys beg cops to let them go as you penalize them, next time a Swiggy kid bleeds on road, be sure, you management will be behind bars.”

The commissioner’s response was widely welcomed by many. “Love the way you show the care for swiggy boys and understand the value of a life and on the other side we have swiggy which is so well polished not ready to acknowledge the fault and gives excuses and answers which are like hiding under the mat and answering,” a resident of Bengaluru tweeted.

Along with being blamed for risking the lives of delivery boys, the food delivery apps including Swiggy, Zomato and Uber Eats have been under the scanner for various issues related to delivery partners lately.

In August 2019, delivery executives in Mumbai and Bengaluru went on a strike against the restaurant aggregator’s decision to cut down incentives. They said that a delivery trip that got them around INR 80 was revised to INR 25 a trip.

More than 300 restaurants in Delhi NCR under National Restaurant Association of India (NRAI) also started a #Logout campaign by delisting themselves from food and restaurant aggregators such as Zomato, EazyDiner, Nearbuy and MagicPin among others. The campaign soon gained momentum with 1200 restaurants across major Indian cities. NRAI’s complaints included unreasonably high commissions, payment terms and arbitrarily applied additional charges by the food delivery platforms.

Recently, the Department of Promotion of Industry and Internal Trade (DPIIT) held a meeting with representatives of the National Restaurant Association of India (NRAI) and food delivery platforms to resolve the issue. The discussions mainly focused on cloud kitchens, exclusivity on aggregator platforms and issues with the algorithms used by food delivery platforms and aggregators. The DPIIT plans to soon come up with an outcome of the discussion.

Food safety authority Food Safety and Standards Authority of India (FSSAI) is also tightening its noose on digital food aggregators. It will soon be making licensing mandatory for the likes of Zomato, Swiggy and the yet-to-launch Amazon Prime Now food delivery service, among others.

The statutory authority had already asked the platforms to opt for licenses, but now it is planning to introduce the requirement formally in the licensing regulations through amendments in the Food Safety and Standards (Licensing and Registration of Food Business) Regulations 2011.