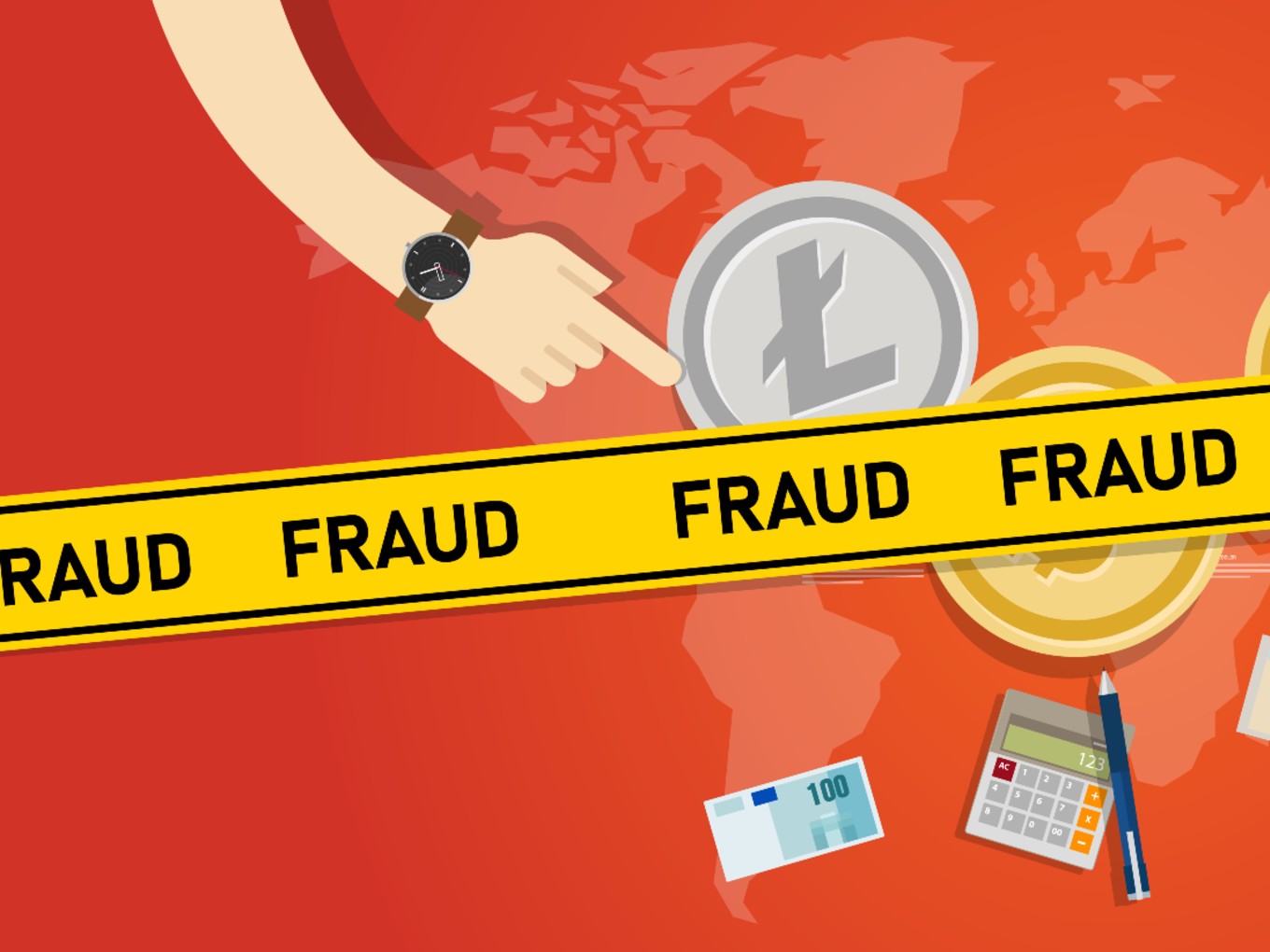 Ranganath was running a fake company in the name of DIGITECH MARK and was offering huge returns on investments starting from INR 15,000

He has been booked under various sections of the IT Act, Prize Chits and Money Circulation Schemes (Banning) Act

For the last few months, crypto assets have become increasingly popular in India and so have the crimes related to it. In the latest, the City Crime Branch of Bengaluru Police (CCB) has arrested Chikmagalur-resident Ranganath DS for allegedly running a Ponzi scheme and cheating more than 2,000 people.

Just like Amit Bhardwaj who promised high return on Bitcoin investments, Ranganath, a class seven dropout, had started a company called DIGITECH MARK (http://digitechmark.live) promising high returns on rupees via Trons. The company was not registered.

A case has been registered in the cyber-crime police station and further investigation is underway, tweeted Kamal Pant, Bengaluru police commissioner. Ranganath has been booked under various sections of the IT Act, IPC and Prize Chits and Money Circulation Schemes (Banning) Act. 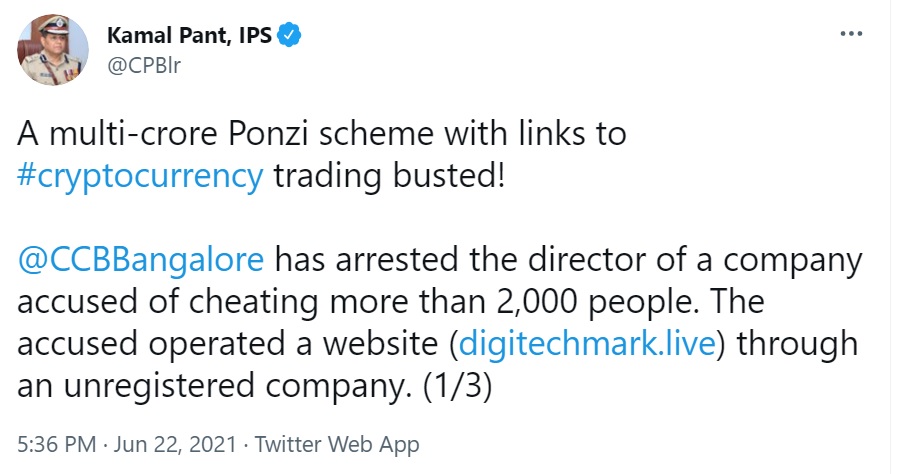 Having studied till class seven at GJC Banavara, Ranganath had earlier reportedly worked with a few finance companies before he started running the website under the name of a fake company DIGITECH MARK in 2020.

According to the website, it is an investment company was founded by commercial traders with several years of experience in the financial Forex market. “Our team has been developing its own strategies of trading and currency exchange applying all professional knowledge, techniques and skills that allow us to generate stable cash flows with minimal risk of financial loss. These rules are developed by experts in the field of multicurrency trading and fundamental analysis of the Forex market & they are ideal for our business and constantly being improved,” claims the website.

In order to gain the trust of people, Ranganath was also offering fake crypto tokens in the name of his company ‘DTM tokens’. “You will be rewarded 1500 DTM tokens upon successful activation, which will be available to trade in Tomochain,” says the website.

The LinkedIn profile of DIGITECH MARK associates itself with a Westminster-based Digitech Marketing company with an expired domain name of www.digitechmarketing.com. 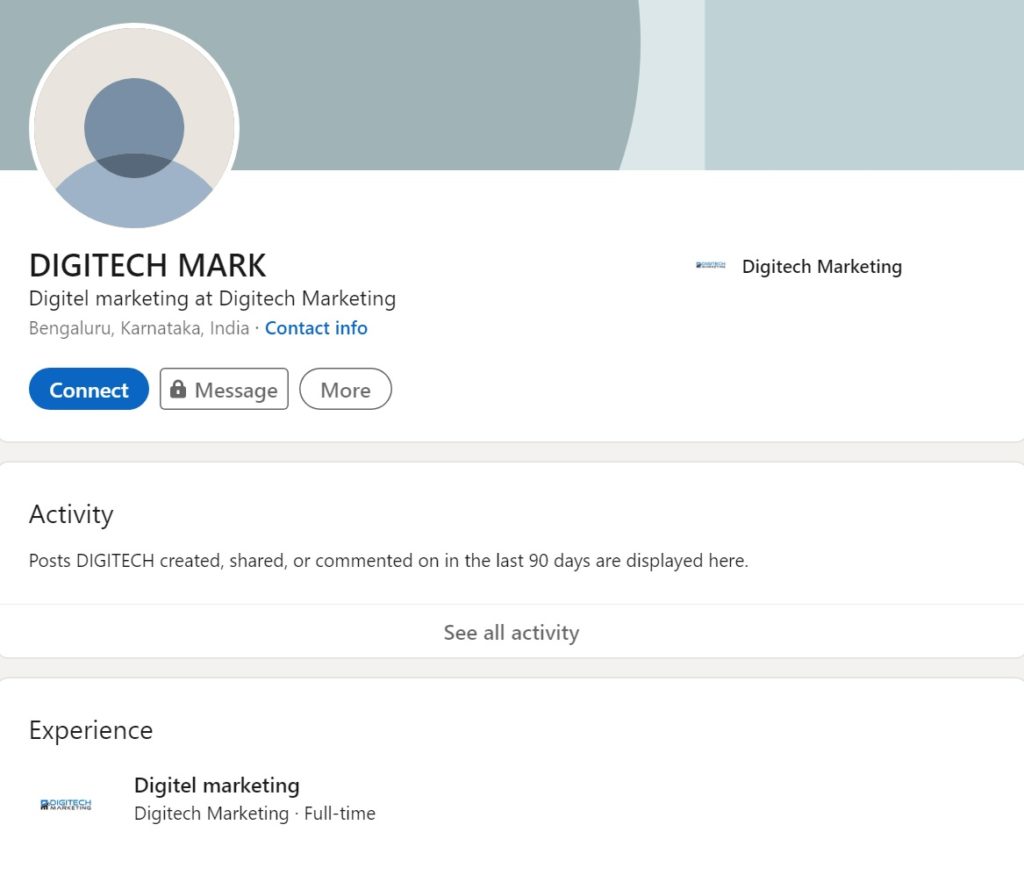 “Ranganath promised high returns on investments and collected thousands of crores of rupees. The investors’ money was routed to a bank account from where it was later used to buy and sell #Tron, a cryptocurrency, on an exchange,” said Pant.

According to CCB, Ranganath has so far duped thousands of people from Bengaluru, Hubli, Dharward, Mysuru and Mangaluru.

In the last few months, not only the Ponzi scheme in crypto, but crypto-based transactions on dark web have also increased. Earlier this month, Narcotics Control Bureau, Mumbai Zone had busted one of the dark web drug networks and arrested Makarand P Adivirkar, a Mumbai resident also known as the ‘Crypto King’ in dark web circles, for allegedly providing bitcoins to facilitate the purchase of narcotic drugs on the dark web.