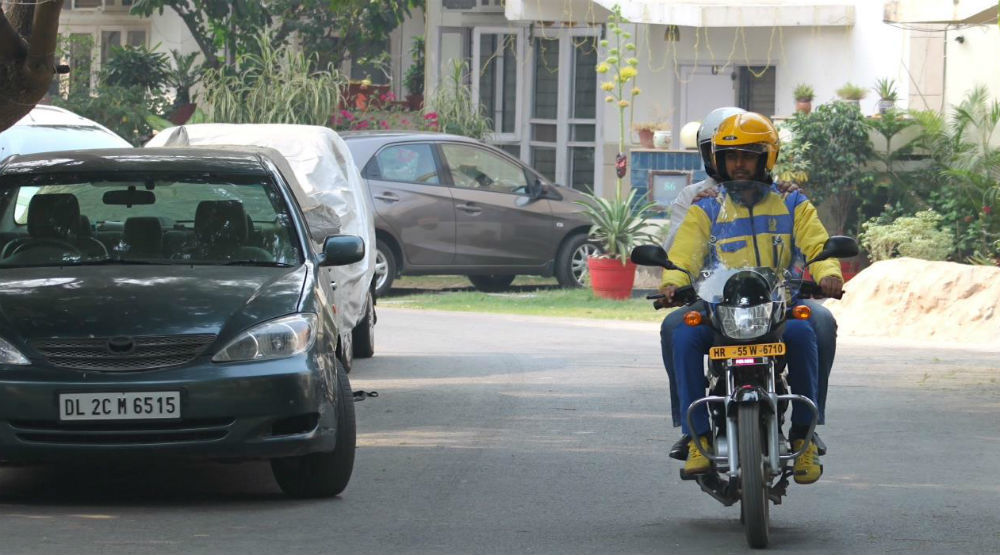 The “Buddies” of Gurgaon-based bike-as-a-taxi service provider, Baxi, have turned foes of the company after the terms on which they were onboarded were abruptly changed. Recent moves made by the company have allegedly resulted in the drastic decline in the drivers’ monthly income, thereby infuriating them. A number of these drivers are protesting the move and have stopped working.

We spoke to a number of drivers to understand their issue. The drivers working with Baxi fall under two brackets; ones who drive the company’s bikes (salary around INR 13,000) and the others are personal riders who own their bikes (salary about INR 25,000). Apart from their basic salaries, these drivers used to earn extra per day from their rides and other incentives and the company never kept a tab on it. However, of late, it has started keeping a tab on the drivers’ earnings and implemented a rule that each driver would earn only their salary and not a dime more.

One of the jilted drivers told us that initially the company simply wanted to increase its driver base by attracting these drivers with the lure of high earning potential. Now that these drivers have become accustomed to earning big bucks with Baxi, the company has put an earning cap on them. He believes the company is swaying away from its commitment and is not happy with it; neither are his colleagues.

Baxi has a fleet of its own bikes and outsources the others from its contractors. Each of these contractors owns a fleet of bikes that are used by Baxi. One of these contractors told us he is not happy with this move as his earning potential has also been reduced. He avers that he will be ending his partnership with the company and move his fleet of 210 bikes to another bike-as-a-taxi service provider in Gurgaon.

Another driver told us that the company was planning some sort of “function” on the 1st of March for its whole team, including the drivers. The drivers were planning to raise their concerns during this event, but it was cancelled.

“To ward off basic confusion, none of the Baxi buddies are our employees, so there is no question of a salary at all, let alone a change,” a company spokesperson told Inc42.

According to this spokesperson, “They are all independent entrepreneurs and we help them get started. We had a financial subsidy in place for people, which has now been tapered off as planned and we are moving forward with our performance-based model as was always the plan. A tiny fraction of the Baxi fleet, who want the subsidy to continue are the ones creating this impression of a change – only 5% of our fleet is currently creating a stir.”

“The main thing to note is that with any organisation, there are good performers and there are laggards. The Baxi incentive is performance-based and so the ones who aren’t performing are the ones who don’t want to be evaluated based on that. Nothing has really changed from our perspective and work is on in full swing,” the company added.

Woes don’t end here for this young company. Sensing immense opportunities in this space, the two goliaths of the commute-tech industry – Uber and Ola – entered this market on Thursday. Ola introduced its bike taxis in Bangalore, hours after Uber launched uberMOTO – its on-demand motorbike taxi service – in India’s Silicon Valley.

It seems like everyone wants a bite out of the lucrative moto-taxi pie, which, according to World Moto Inc (a leading Thailand-based company in the moto-taxi industry), is worth $500 Mn globally. In India, this space turned highly crowded within a short span of time – about 6 players (Rideji, Baxi, Bikxie, MTaxi, Rapido & Hey Bob) entered this space in 2015 and about four of them have already raised funding.

Gurgaon-based 74 BC Technologies Pvt Ltd launched its bike-as-a-taxi service under the brand name “Baxi”, around November last year, after obtaining permit from the Government of Haryana. Started by Ashutosh Johri and Manu Rana, Baxi uses bikes to offers affordable last-mile connectivity, from metro and bus stations to offices, colleges, schools and residential areas. Baxis can be hailed directly from government allocated stands, anywhere in the city, using its app.

Around end of November 2015, the company raised about $1.5 Mn (INR 10 Cr.) in a seed round funding from friends and family. In the press release, announcing this funding, the company said that it is confident to get permits from the transport departments of three more states very soon and add 500 more bikes to its fleet. However, currently its services are only available in Gurgaon and Faridabad.

Ashutosh divulged in this funding release that the company plans to raise a sizeable amount (ranging between $25 to $30 Mn) in its next round of investment, and has already received commitment for 50% of this amount from its existing investors.