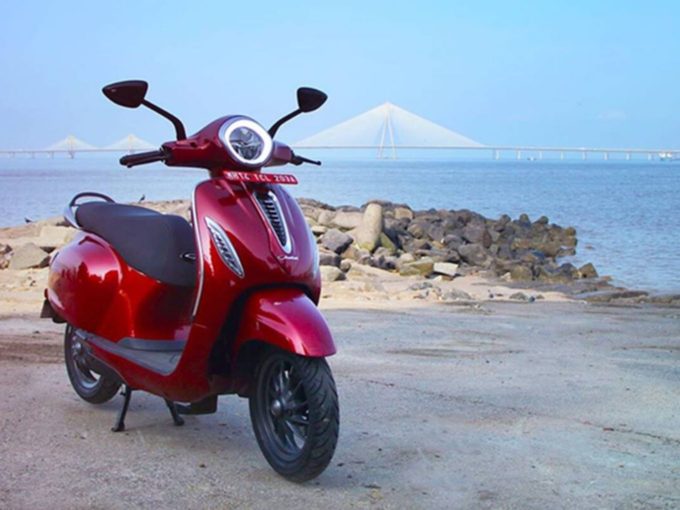 Indian two-wheeler manufacturer Bajaj Auto has finally entered the electric vehicle (EV) battleground with the launch of the electrified version of its classic scooter Chetak. The electric scooter is available in two variants — Urbane and Premium.

Chetak Electric is priced at INR 1 Lakh for an urbane variant and INR 1.15 Lakh for a premium version, inclusive of all taxes. The e-scooter will come in six colours — Cyber White, Hazelnut, Brooklyn Black, Citrus Rush, Velutto Rosso and Indigo Metallic.

Bajaj’s Chetak Electric is powered by a 3 KwH battery, which has a life of up to 70,000 Km. The battery allows Chetak to cover 95 Km on Eco mode and 85 Km on sport mode, on a single charge, which can take up to five hours.

At the launch, Bajaj Auto also announced that the company started manufacturing Chetak Electric in its factory in Chakan, Pune. The electric scooters will initially be available in Pune and Bengaluru.

During the unveiling of Chetak Electric in October 2019, Bajaj Auto announced that there is immense potential for scooters and three-wheelers in the EV space. “We are trying to build meaningful niches with three-wheelers, superbikes and electric scooters,” the company added.

With the launch of Chetak Electric, electric two-wheeler manufacturers such as Ather Energy, Ampere Vehicles, TVS Motors, Benling India, Tork Motors, Tronx Motors and many more are in direct competition with Bajaj Autos.

Recently, Bengaluru-based Ather Energy also revealed an upgraded version of its 450 model — Ather 450X — which will be launched across the country. Ampere Vehicles also launched its electric scooter Reo Elite in January 2020 for a starting price of INR 45,099. Gurugram-based Benling India will also be launching its newest electric scooter Auro in the first quarter of the financial year 2020.

The competition is evolving day by day, but Bajaj is definitely going to hit the nostalgia factor with the electrified version of Chetak, which the company stopped producing in 2009.