Switching From Offline To Online: The $26 Bn B2C Ecommerce Market In India And Policies To Empower It

Switching From Offline To Online: The $26 Bn B2C Ecommerce Market In India And Policies To Empower It 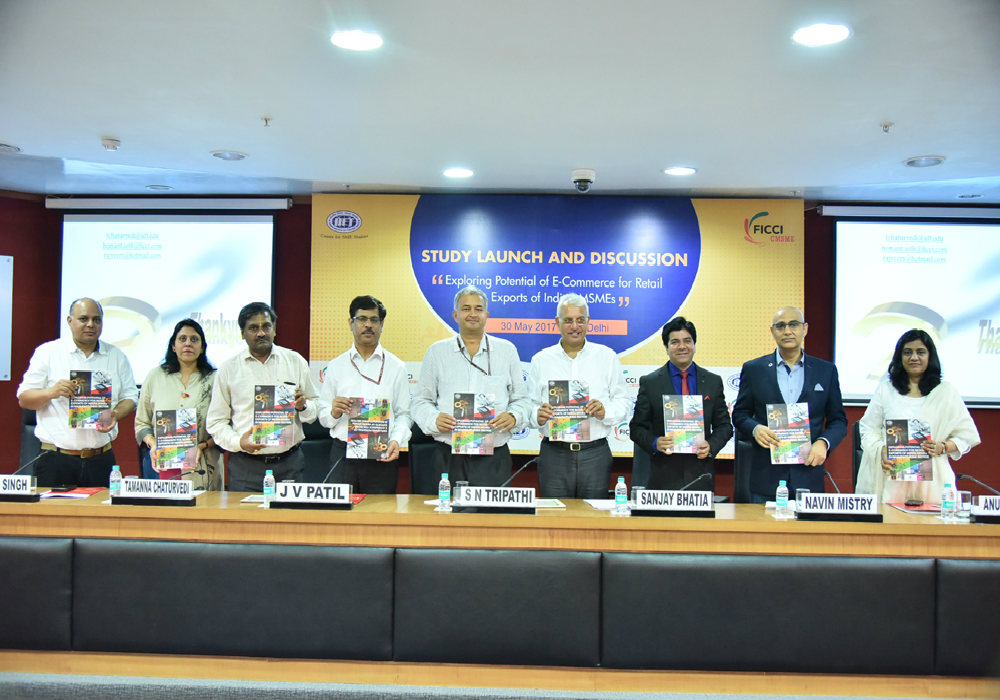 With ecommerce changing every facet of the world, the B2C ecommerce market has not been left behind, as per the latest report released by the Indian Institute of Foreign Trade (IIFT) and Federation of Indian Chambers of Commerce & Industry-Confederation of Micro, Small, and Medium Enterprises (FICCI-CMSME), in association with eBay India.

The B2C ecommerce market in India is expected to store a potential of $26 Bn. The study also estimates that $2 Bn in revenues can be achieved by 2020 if the repository of B2C ecommerce is realised and explored.

The report focusses on exploring the opportunity that lies in the amalgamation of B2C retail with ecommerce channels, both Indian and global. It further analyses the patterns of buyers across the world, the products that are the most sought and bought, the most lucrative markets which should be targeted by the SMEs going online. It further highlights the various online marketing platforms and ecommerce enablers, so that an SME can focus their products and markets accordingly.

Owing to ecommerce, retail products have been able to reach the inaccessible geographies, which were hitherto unexplored. This has opened a new channel of retail, between buyers and suppliers across the world that want to tap into the immense potential MSMEs have. As per the report, MSMEs are responsible for 6% of India’s GDP and employ almost 80 Mn people in the country. With such a hefty market share, it is imperative for the government to develop policies that will foster this growth of MSMEs further, globally.

Commenting on the same, Sanjay Bhatia, President, FICCI-CMSME said, “There is no way we can undermine the contribution of MSMEs to our economy and it is important to continuously explore synergies to integrate this sector with emerging trends.”

As per the report, the ecommerce spend in India accounts for 2% of the total retail spending, as compared to 10%-13% in other developing countries. With increasing Internet penetration, the ongoing digital drive and the push to Make in India, the report indicates that the time is indeed ripe to capture the opportunity. According to the above-mentioned report, the B2C ecommerce sales currently stands at $25.5 Bn, placing it at the 9th position, globally. Of the products range, the fastest selling Indian exports are gems, handlooms, leather, and auto components.

The Most Lucrative Global Markets

With the change in spending patterns globally, there are a lot of emerging markets that are the most lucrative bets for the Indian MSME players, aiming to go global. These include Indonesia, Latin America, and Mexico, among others.

Of the established and developed markets, the best bets for retail players are China, US, Japan, and Germany. Highlighting it further, S.N. Tripathi, AC & DC, Ministry of Micro, Small, and Medium Enterprises, Government of India said, “The report astonished me, in a very good way. It is enlightening to know that 43% of small Indian retailers know that they have the opportunity to go global. Now the Indian seller is making products for the global markets.”

Government Intervention: Need Of The Hour

The study further highlighted reasons that hinder the MSME sector when it comes to switching to online from offline. These include limitations and glitches in e-payments, logistics, bandwidth and network restrictions, when it specifically comes to Tier III cities. Additionally, SME retailers also face various trade restrictions, lack of skilled workforce, privacy, and security concerns and, most of all, the inaccessibility of financial capital by traditional financial institutions, pertaining to low credit scores.

Commenting on the challenges, Dr. K. Rangarajan, Head of the Centre for MSME Studies, IIFT said, “This huge potential of ecommerce will be only feasible through modifications in the current MEIS policy under FTP 2015-20. There is a dire need of paradigm shift in policy focus in terms of its limitation to categories and of a limited amount, simplifying custom duty procedures, and allowing exporters to claim duty drawbacks.”

Handholding For MSMEs: The Ecommerce Enablers

MSMEs need to increase their presence in the international market, using B2C exports as their major tool. Their visibility would directly lead them to capitalise upon sellers and understand what the potential buyers are looking for. Ecommerce marketplaces like eBay and payments platforms like PayPal, thus, play an important role in providing a platform for sellers to reach out to the global audience,

Bringing out the importance of a solid payments platform, Anupam Pahuja, MD, PayPal India said, “PayPal is not just a money transfer service. It also establishes trust. So much so that, half of the world’s ecommerce would not have reached where it is today, without this trust. It tells the buyer that if you are not satisfied, PayPal will pay you and, at the same time, supports the seller, that if the buyer has payment issues, we step in and reimburse the buyer.”

When it comes to ecommerce marketplaces, players like eBay have recently seen an exponential growth in the number of sellers onboarding their platform. Says Navin Mistry, Director, Retail Exports, eBay India, “In 2016 we had 16K sellers on our platform. The number has grown to 25K in 2017. While the number might look small when you see the amount of retail players India has, but eBay is always looking for ways to onboard sellers. Just recently, we have entered into a partnership with the FICCI to connect us with these small clusters of sellers, so that we can educate them about the business benefits of retail ecommerce.”

With the rapid growth this sector has seen, it has become imperative to consider it as a very fundamental component of our economy and the government needs to realise the same, and provide infrastructures and relaxations in rules, accordingly, to allow SMEs to develop further.